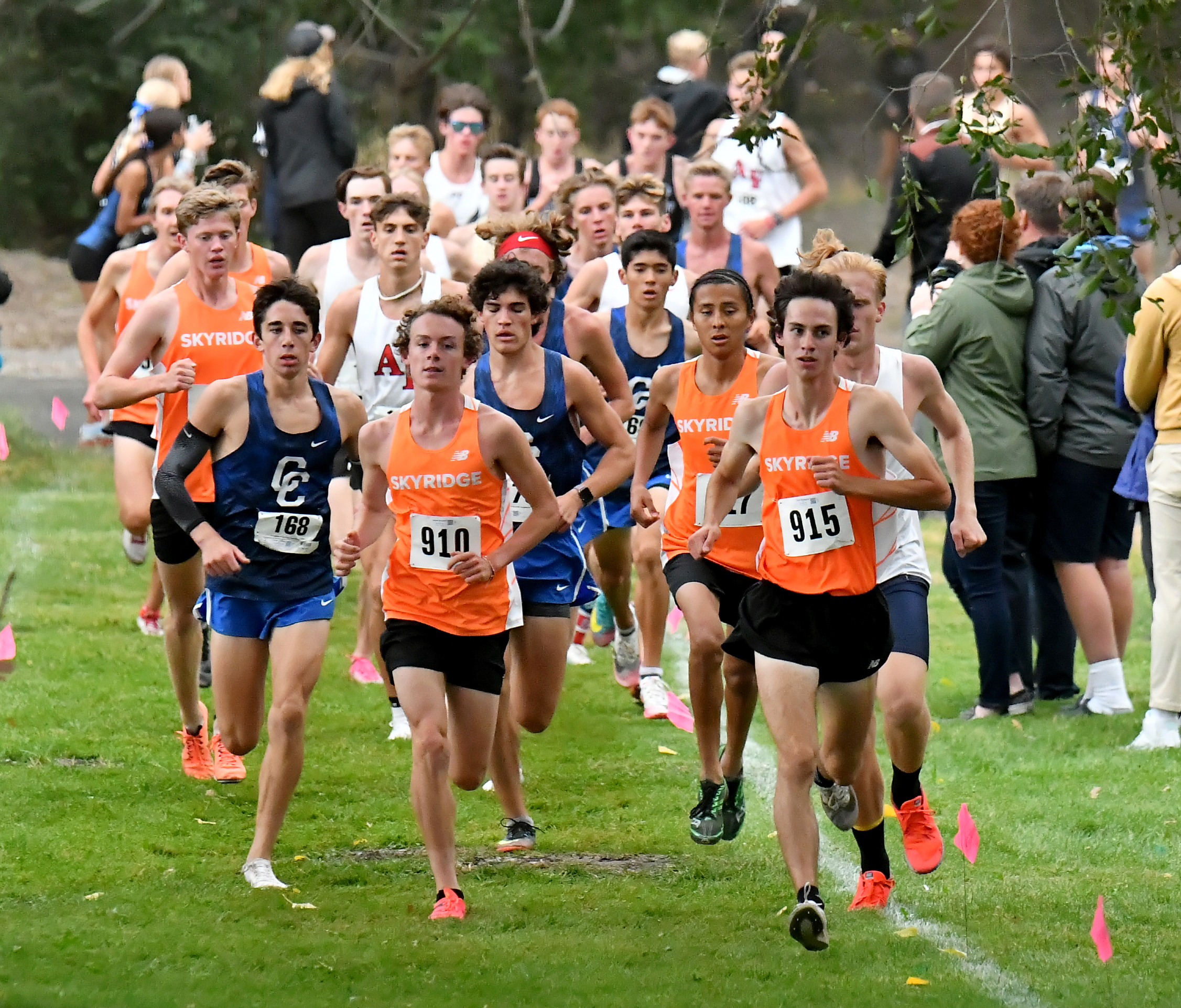 The Skyridge cross country team placed third in the boys varsity race and finished fourth in the girls varsity event at the Region 4 championships on Oct. 5 at Art Dye Park in American Fork.

Skyridge’s other scoring runners were senior Dallyn Wright in 16th place and junior Isaac Jensen in 18th position. As is normally the case, the team’s other entrants were not far behind. Senior Erol Yellowhair was 20th followed immediately by junior Jayden Gibson in 21st place.

The American Fork boys outdistanced the field to win the meet with a 33. Corner Canyon earned 51 points and just edged the Falcons with 52. Lone Peak was a distant fourth at 105.

The girls results were a bit more clear-cut. The Cavemen were again the runaway winners with a 24, followed by Westlake at 57, Corner Canyon at 66 and Skyridge at 93. The other two schools trailed by more than 30 points.

Junior Kylie Olsen led the girls team, finishing in medalist position at seventh with a mark of 18:44.5. She was well behind the leader but only 1.5 seconds behind the girl in front of her.

Her teammates who also contributed to the counted score included senior Marryn Poll at No. 16, junior Elise Hartsell at No. 19, senior Samantha Carver at No. 24 and junior Halle Mehr at No. 25.

The 5A/6A Divisional meet is scheduled for Oct. 12 at Lakeside Park in Orem beginning at noon. The state cross country championships are set for Oct. 27 at Rose Park in Salt Lake City beginning at 1 p.m.