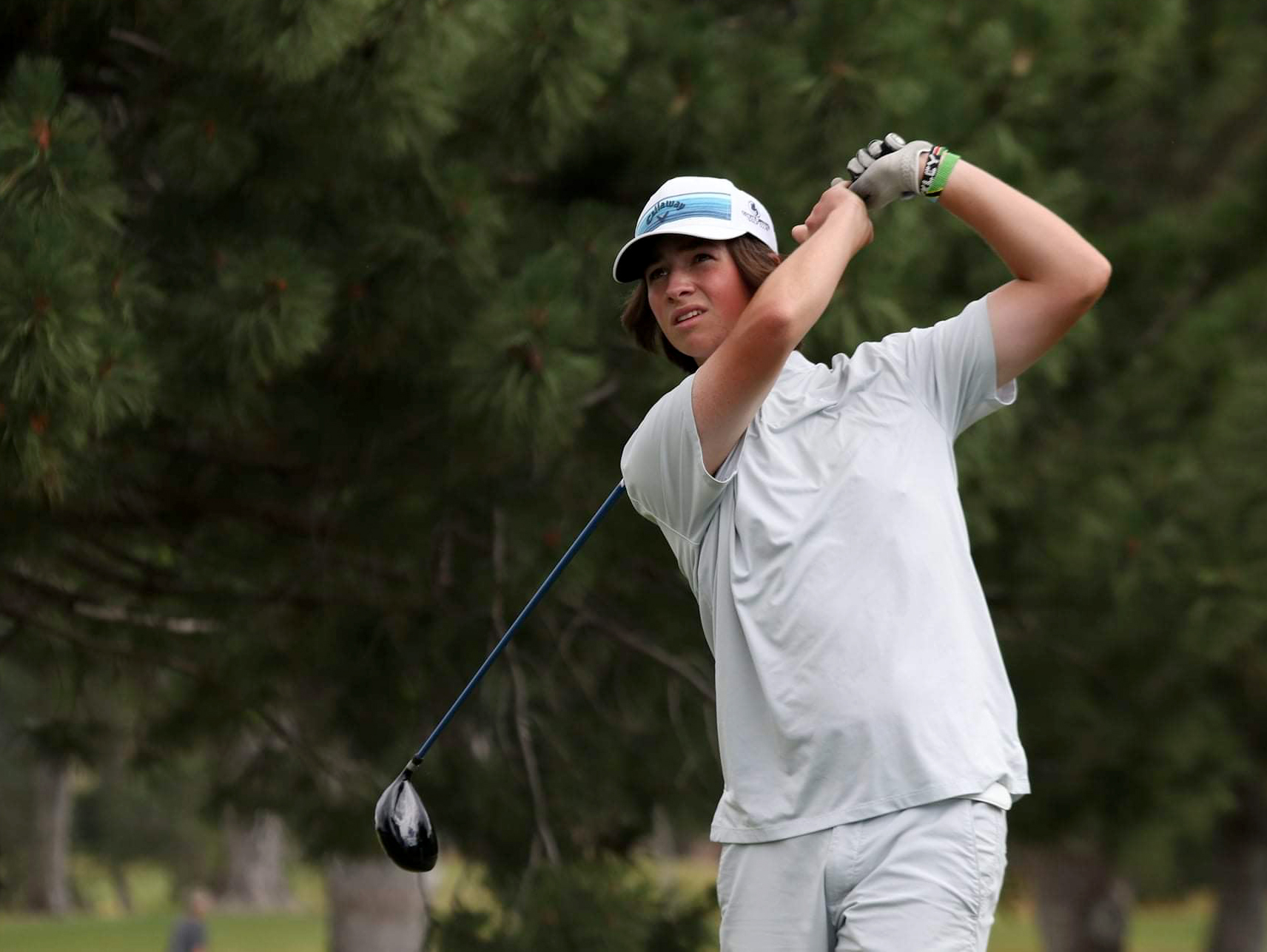 The Lehi High School boys golf team earned fourth place at the 5A state tournament, played Oct. 3-4 at The Oaks in Spanish Fork.

The team shot a 307 on the first day but reduced this by 10 strokes in the second round to finish with a combined score of 604, just five strokes behind third place Woods Cross at 599. Skyline won the title with 575 points and Spanish Fork was second at 579.

Pioneer junior KJ Ofahengaue capped his spectacular season by tying for second place in the individual medalist standings with Peter Kim of Skyline and Noah Taylor of Spanish Fork, each with a combined score of 141. Don Rhees Jackson was the unchallenged winner at 133.

Senior Helaman Ofahengaue tied for 20th place with 154 strokes. He was only available part of the time during the season because he’s also a starting varsity player on the football team.

Tying for 26th place with a score of 156 was younger brother Toa Ofahengaue, a freshman, along with senior Sean Ackley. Senior Hunter Day finished with a 170 and senior Jax Oviatt tallied a 176.