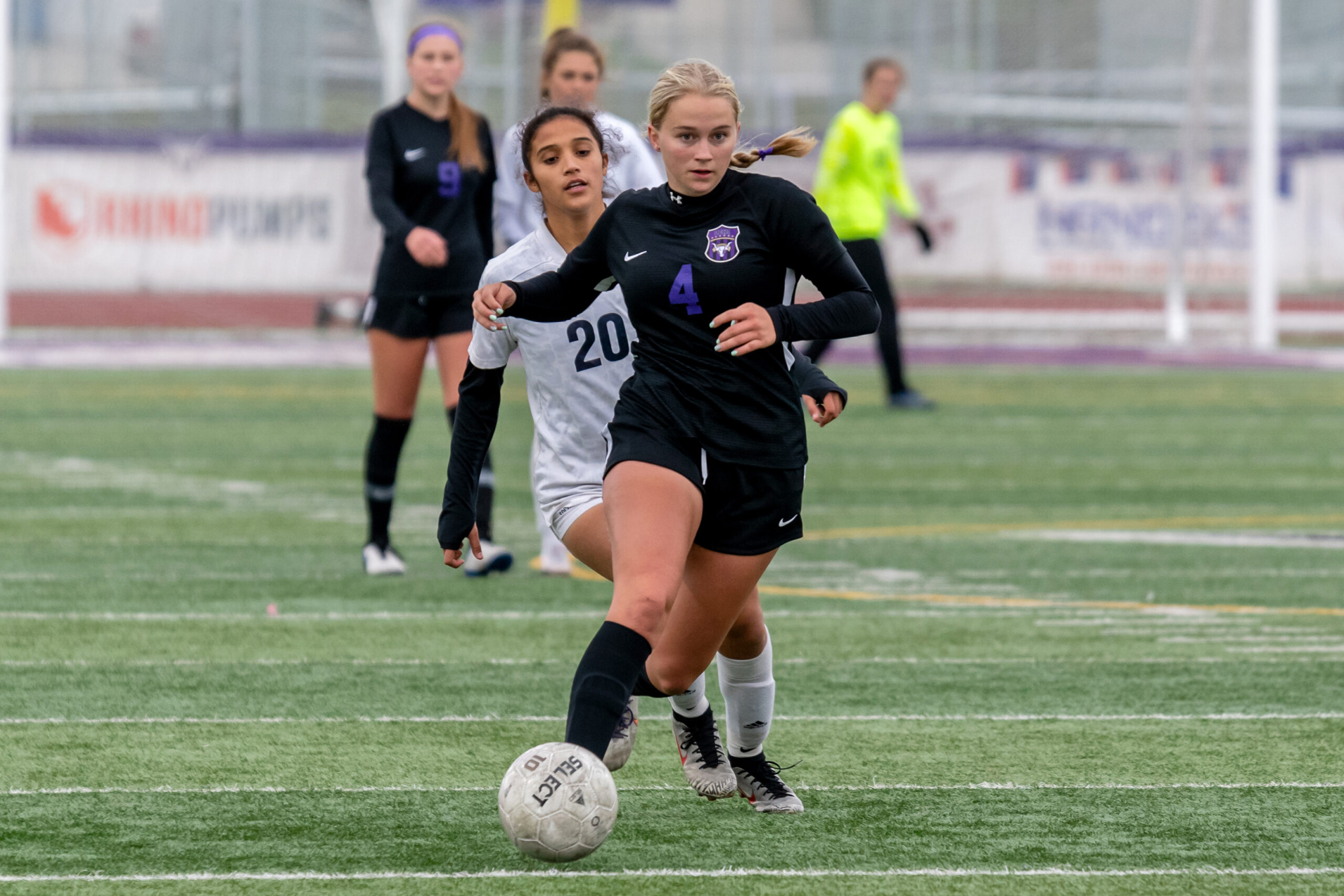 The Lehi High School girls soccer team dominated possession and defended well to defeat Woods Cross 2-0 on Tuesday (Oct. 12) in the second round of the 5A state tournament, thus earning the right to advance to the quarterfinals.

The biggest single factor in the victory was the early goal by senior midfielder Ally Dahl, who unexpectedly found herself open at the top of the penalty box about 10 minutes into the match and just hit the ball towards the net.

“It wasn’t the best shot, but we’d been told to take one whenever we had the chance,” Dahl said. “I didn’t get much on it, but we had the wind.”

When she saw the ball go in, Dahl said she reacted with pure joy. “We hadn’t scored early for quite a while,” she said. “Once we got one in, we played like we normally do without freaking out and kicking the ball forward for no reason.”

After the score, Lehi controlled the ball so much that the Wildcats didn’t even get it across the midfield line for more than 15 minutes. The Pioneers took multiple shots during that stretch as well, keeping the opposing defense on its heels.

A dangerous moment occurred with just three minutes left to the break when a Woods Cross forward got a step on her defender and went one-on-one against junior goalkeeper Hayley Ogden.

Using her only prudent option, Ogden aggressively charged the ball to cut down the angle of attack, and the subsequent shot went wide of the target and spun harmlessly to the ground well beyond the net.

Although possession evened out a bit more after halftime, the Wildcat shots that were on target didn’t have much force behind them and were easily fielded by Ogden.

Lehi added an insurance goal with 25 minutes left on the clock. After a corner kick was taken, the ball bopped around the box a couple of times before senior midfielder Calista Wren played it into the air and senior Savannah Jones headed it into the right side of the net.

There was a lot of time left in the contest, but a good portion of it was played between the 20s as both defenses kept the shooting lanes clear.

The Pioneers have lost in the second round during the past two tournaments, so there was as much relief as elation about this victory.

“This was a fun one,” said Lehi Coach Tim Graham. “We finally got the monkey off our back. Our senior leadership really helped us today.

“We scouted this opponent as a team, and we had a game plan,” he continued. “They’ve been ranked higher than us most of the season. The girls followed our plan and we outplayed them in all three phases of the game.”