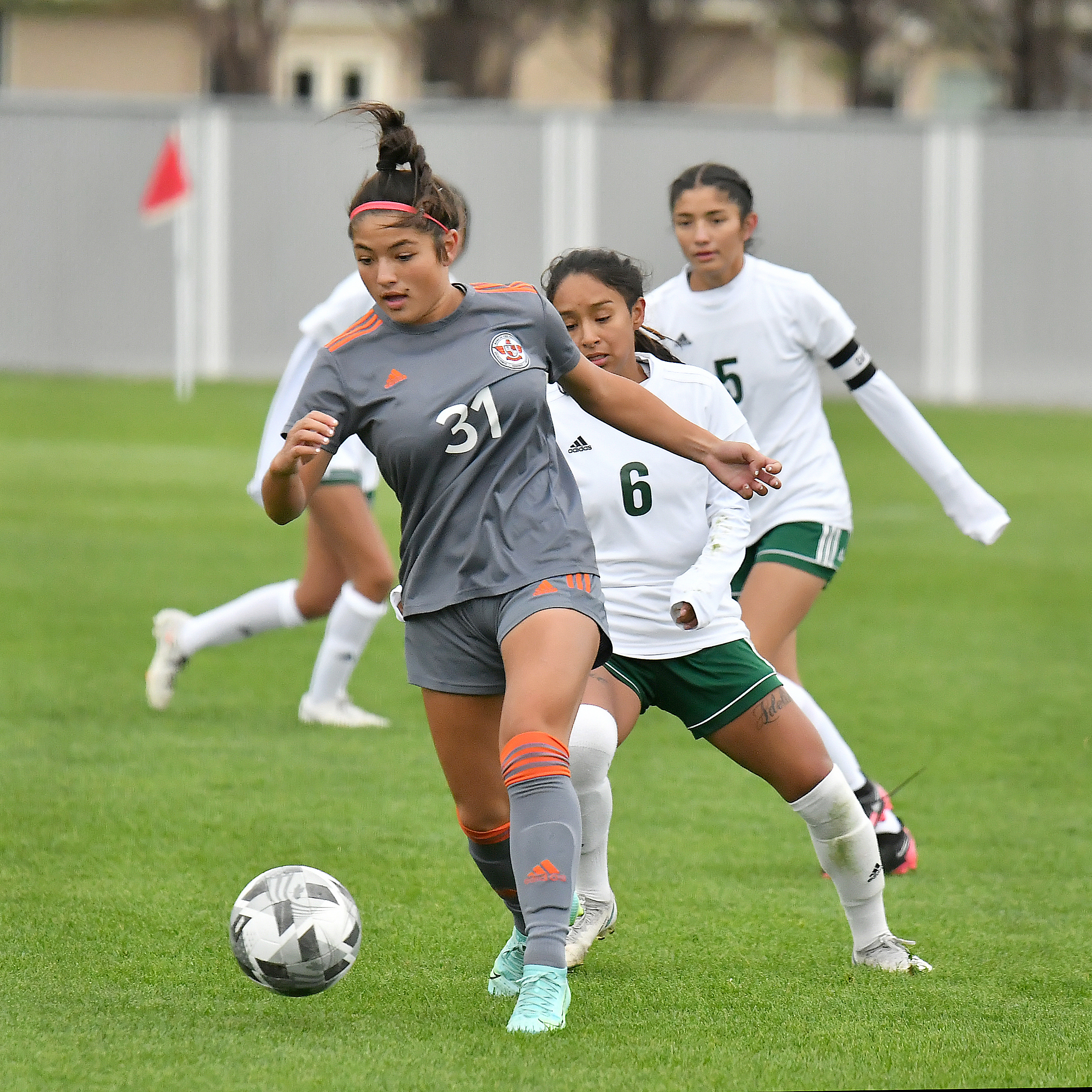 The Skyridge girls soccer team jumped out to an early lead, scoring six goals in the first half of the match and going on to a dominant 8-0 victory over Kearns in the second round of the 6A state tournament on Tuesday (Oct. 12) at home.

The Falcon passing game was flawlessly executed as each player was keenly aware of her teammates.

Skyridge controlled the game early with scores by forwards Kylie Olsen and Amanda Caswell, a junior and a sophomore, respectively.

Freshman forward Kalena Bellini scored two more goals in the first half. Senior forward Lauren Bradshaw and junior defender Emily Morrill played physical as each made additional scoresfor the Falcons. Skyridge ended the half with a 6-0 lead.

Skyridge Head Coach Toby Peterson said, “The weather made for an interesting game. My girls played the way we had planned. We prepared for the wind and the rain.

“The wind did create some issues for us, but the girls were focused and stayed true to the game plan. Kearns fought hard today, and it was a good win for us,” he added.

Skyridge had ball possession for most of the first half as they easily managed the contest. “Our emphasis is to possess the ball. Learning how to possess in the wind and the rain is a challenge but the girls did a good job of it today,” said Peterson.

Second-half goals from Olsen and sophomore midfielder Secily Bye polished off the successful outing for the Falcons. Peterson attributed that win to the aggressive play of his wing players, Bellini, Caswell and Olson.

Peterson said, “Kalena Bellini had a good showing today. We knew that if our wings could play according to the game plan that we would have a good showing. Kylie and Amanda also did a great job.

“The thing I am most impressed with is that we have the tendency to stay back and today all of our girls were attacking and that made a difference in the game,” the coach said.

Bellini said, “I thought we worked the ball around really good even with the wind; it gave us a good advantage. We didn’t force the ball much and I thought we played good in the first half of the game.

“Scoring early in the game boosted our confidence and gave us more energy. We just practiced hard, and it gave us a good idea on where everyone should be today,” she added.