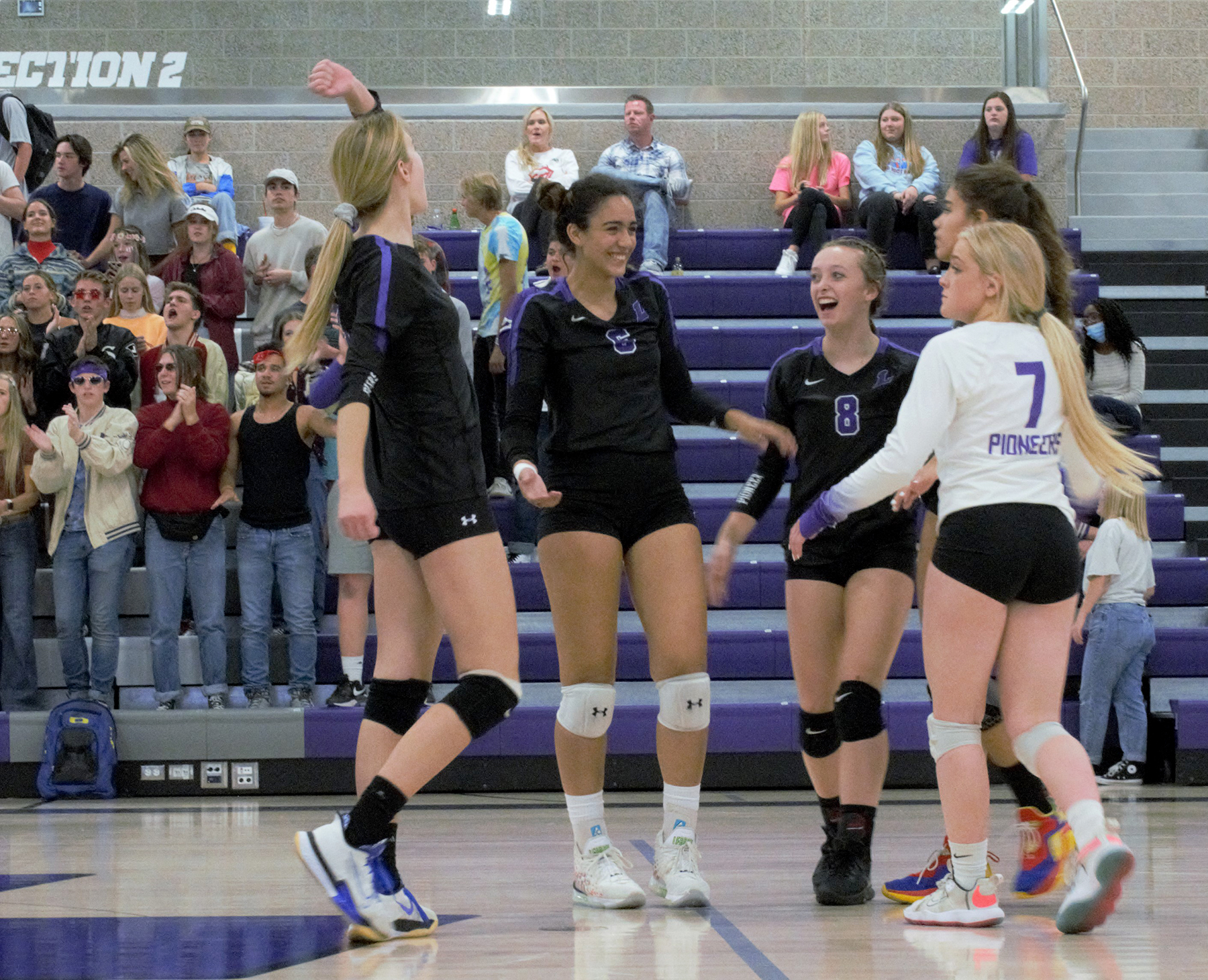 The Lehi High School volleyball team continued to take down region opponents, defeating Alta and Jordan in the last week of September in three sets each. The Pioneers are third in the 5A Region 8 standings, having played two less games than the teams in first and second place.

The Pioneers clobbered the Hawks at home in three sets 25-18, 25-15, 25-23. Junior setter Maryn Faddis led the team in assists with 17 and senior setter Paia Kaohelaulii had 16 assists. Senior outside hitter Avery Shewell added 11 kills against the Hawks.

Seven of the Pioneer players had at least one ace serve against Alta and senior libero Bailee Holland had three.

Faddis had an impressive 30 assists in the game. Shewell contributed 14 kills. Holland added 13 digs to the win. Senior outside hitter Ajah Rajvong led the team in ace serves with four of the 17 tallied by the team.

Lehi’s varsity volleyball team played in a neutral tournament at Mountain View High School in Orem on Oct. 7-9. The Pioneers looked tough in their nine matches, losing only to first-place teams from other regions in Maple Mountain, Bountiful and Lone Peak.

After senior night on Tuesday, Oct. 12, the team will finish the regular season with four away games against Region 8 opponents.