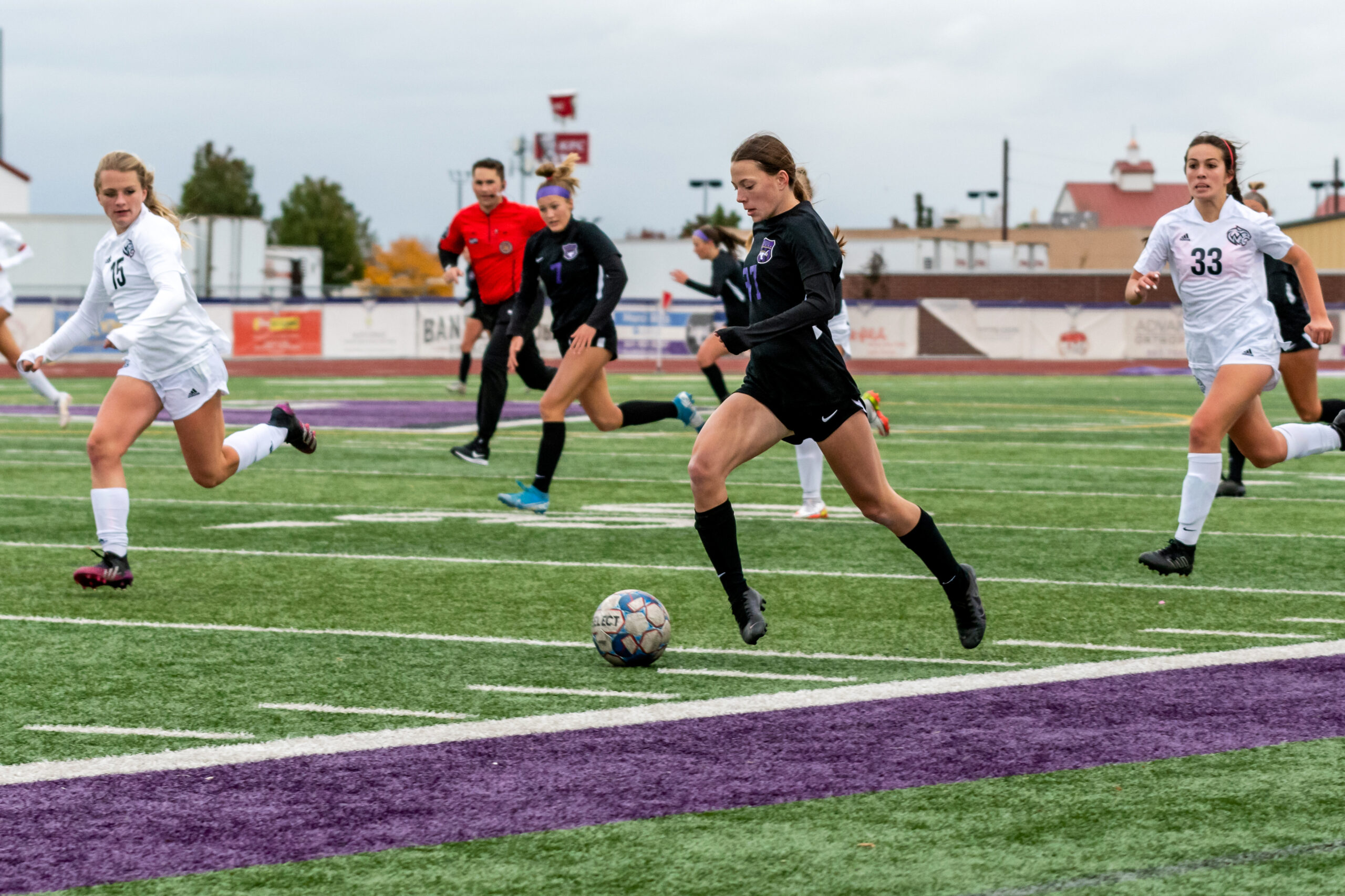 The Lehi High School girls soccer team scored early and then held on to hand No. 3 Cedar Valley the first defeat of the season in the quarterfinals of the 5A tournament Thursday (Oct. 14) on the road.

The Aviators had won 17 straight games entering this contest and it was played on their home field, but that didn’t stop the determined Pioneers.

The home school also materially contributed to both goals. The first one came in the 10th minute, when senior midfielder Ally Dahl took a direct free kick after Cedar Valley had committed a foul just outside the penalty box. The ball hit the net after she sent it over the keeper’s head.

Eight minutes later, Lehi got another opportunity under identical circumstances and Dahl again stepped up to make the attempt. This time, “she took advantage of a quick restart as Cedar Valley wasn’t set and she cracked it in,” said Lehi Coach Tim Graham.

With three-quarters of the match left to play, the teams battled back and forth. The Pioneers created several more scoring opportunities but weren’t able to capitalize on any of them. “We missed a lot of chances, but Ally’s goals were enough to get it done today,” the coach said.

The Aviators finally got on the board with 14 minutes remaining on the clock as their outstanding forward, senior Presley Devey,hit what Graham called “a screamer of a shot” from about 22 yards out for her 50th goal of the season.

Cedar Valley kept the pressure on but the Lehi defense, which has been a hallmark of this team, didn’t allow anything else to get past them.

“We were able to hold on and walk away the victors,” Graham said. “Our backline was fantastic again.

Savannah Jones, Reagan Adair, Adysen Miller and Olivia Smith don’t get enough credit. They have been amazing all season.

“We had a great performance from Sarah Ballard tonight,” the coach continued. “Erin Dahl and Calista Wren were super solid in the midfield as well.” Junior goalkeeper Hayley Ogdencollected four saves in the contest to help cement the win.

“They are always tough and physical,” Graham said of the Lakers. “It is going to be a battle. We will watch film over the next 24 hours and make a game plan.”