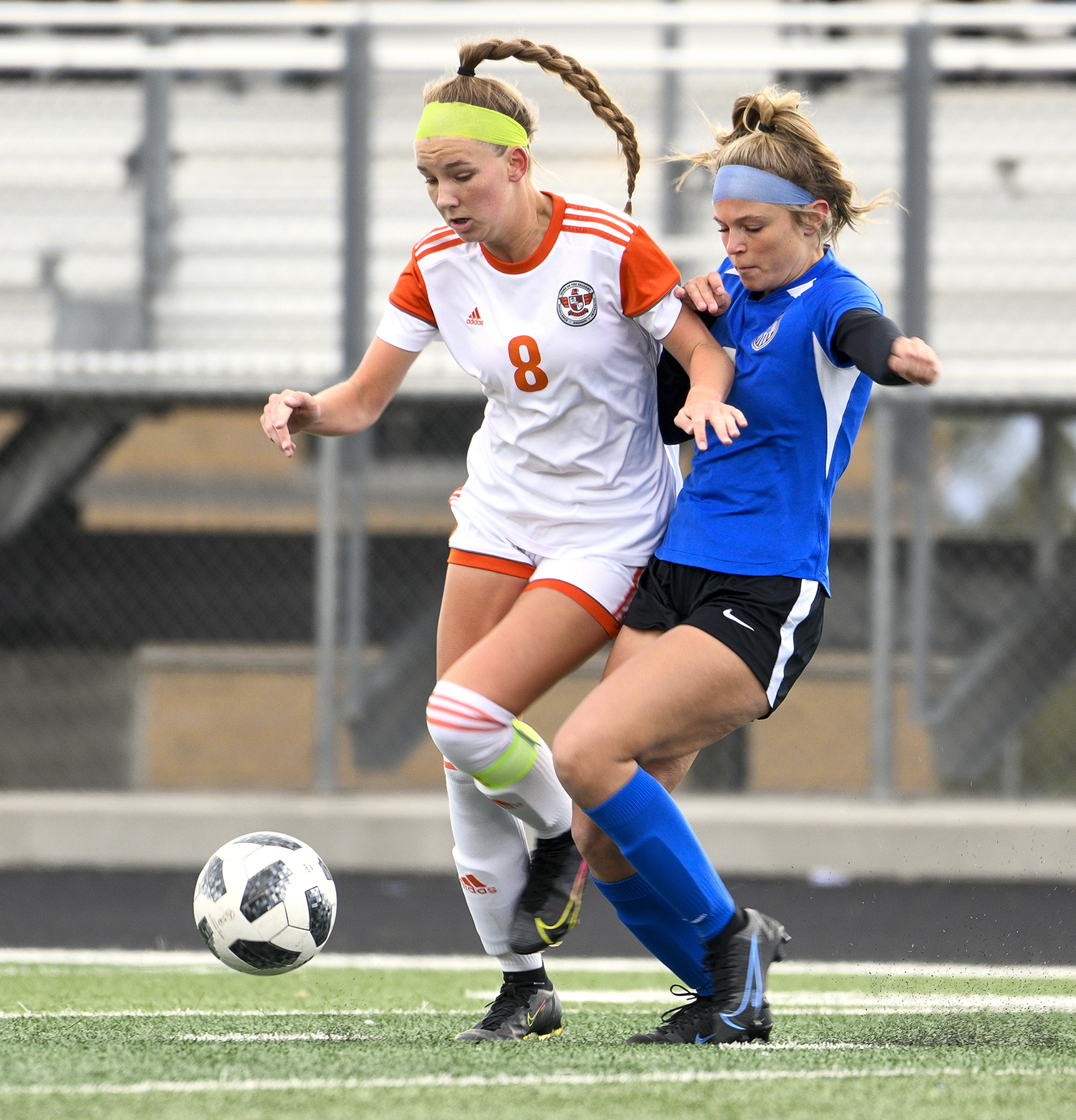 The Skyridge girls soccer team fought through a toe-to-toe battle at Pleasant Grove on Thursday (Oct. 14) but managed to get one goal on the board in the second half to emerge with a 1-0 victory.

It was a scoreless first half as both teams dominated defensively to protect their targets. Falcon sophomore forward Amanda Caswell scored the game’s only goal in the second half assisted by junior midfielder Megan Hanson as Skyridge’s defense held the Vikings scoreless.

Falcon sophomore goalkeeper Emalynn Livingston protected her net with great physicality and did a good job coming off her line to control the box.

Livingston said, “The win is exciting. My team kept it together and we were able to make some good stops. We have been practicing hard and conditioning for hard games like this and we were ready today.”

“This team is super resilient,” said Skyridge Head Coach Toby Peterson. “They are balanced technically, tactically, conditionally and psychologically. We have been working on all those things this season which has helped us come this far.

“This team doesn’t quit,” he continued. “They fight to the end and that is what they did today. I’ll take any win, no matter, how ugly or not it is.

“The Vikings pressed us a lot harder than they have in previous games. We got lucky that one bounced our way today. I’m glad we got the win and I’m proud of these girls and the way they fought today,” he added.

Senior defender Hadlie Bullock said, “This is incredible. We beat them today. The Vikings haven’t scored on us all season and this game was a little tougher than past ones but we came together and pulled through.

“We are a second half team for sure, but the way we can go from struggling and turn it around and become one and play as a whole team is great,” she said. “We did that today.

“We were playing through adversity but flipped it around and instead of playing individually we became whole and we turned it into our team style,” the player added. “Our goal was a little messy but the way we were knocking the ball around earned us the win.”