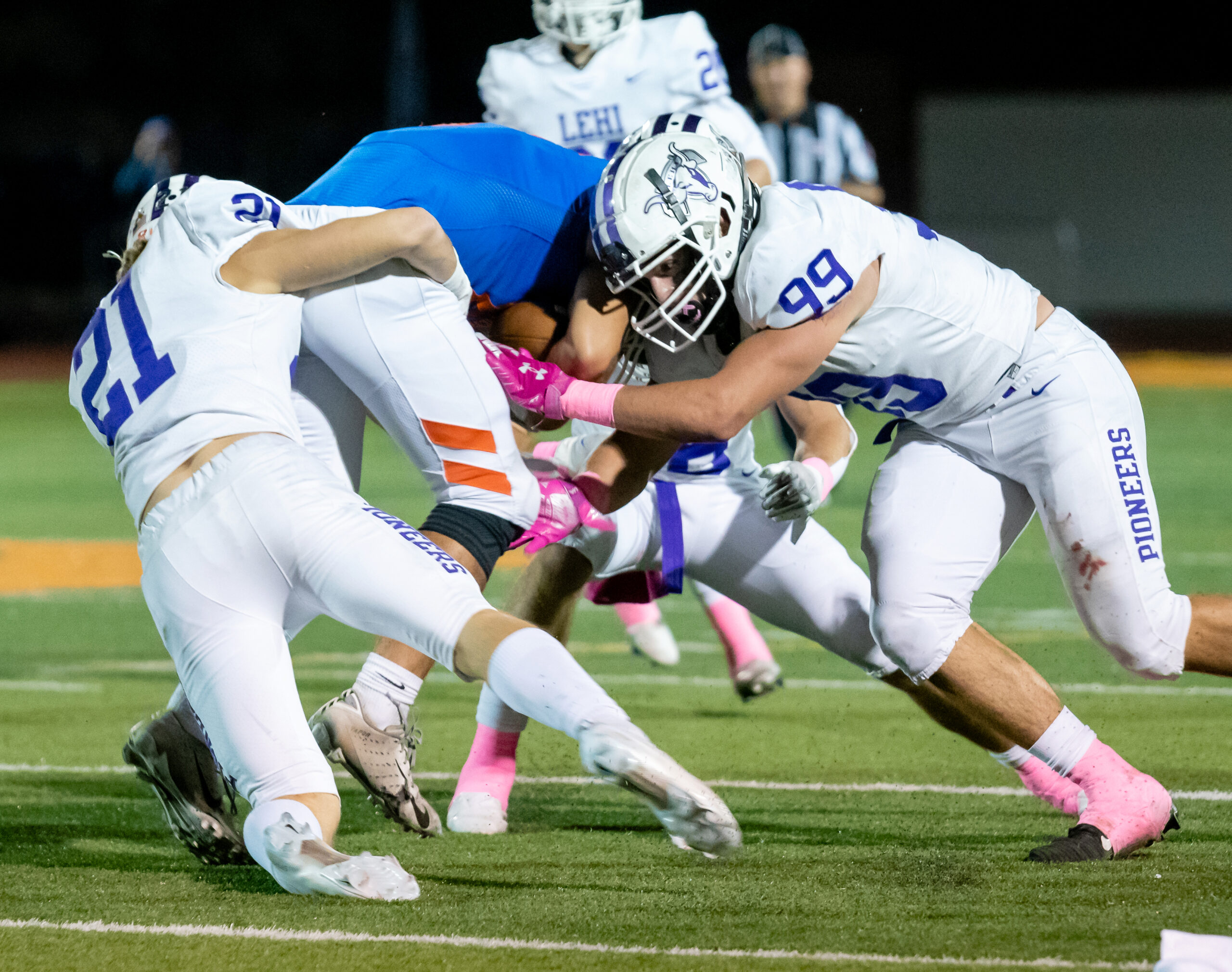 As expected, both the Skyridge and Lehi football teams finished in the top eight of the RPI in their respective classifications and have a pass in the first round of the state tournaments.

Corner Canyon (9-1) remains the top seed and the favorite to win the title again, despite a big loss to Lone Peak (6-2). Those two schools plus Skyridge each finished the brutal Region 4 schedule with a 4-1 mark and have been swapping spots in the rankings.

Assuming they win through, the Knights and Falcons would play each other in the semifinals just like last year, with the winner going up against the Chargers.

In this case, the RPI did not accurately reflect the rankings for the teams in this classification. As it stands, one set of top-five teams, Wasatch and Lehi, will have to play in the second round assuming the Wasps can get by the Golden Eagles.

If the Pioneers survive that game, the likely opponent will be Timpview, meaning that two of the top three teams in the MaxPreps rankings will have to play each other in the quarterfinals.