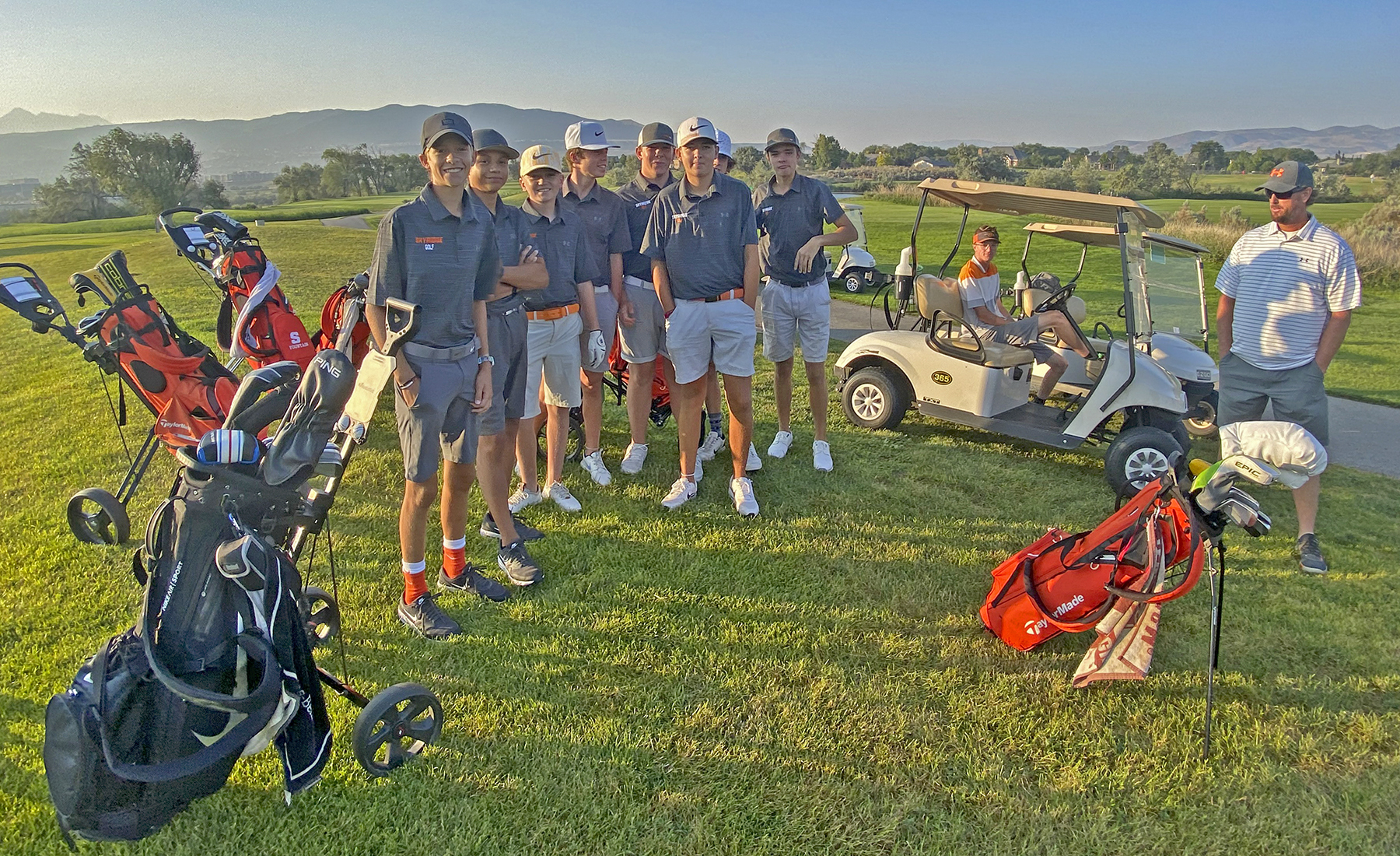 The Skyridge boys golf team ended the regular season in a tie for fourth place with American Fork in the Region 4 standings with a stroke average of 305.7.

Senior Lars Beck and sophomore Gavin Hansen tied for 12thplace in the individual standings in league play with a stroke average of 76.1. They were the top qualifiers for the program.

The Falcons played in the 6A state tournament at Davis Park in Kaysville on Oct. 4-5. However, they failed to advance to the second round as a team, although four players made the cut and competed as individuals on the second day.

The top finisher for Skyridge was senior Preston Branham, who tied for 39th place with a combined score of 153 for the two rounds.