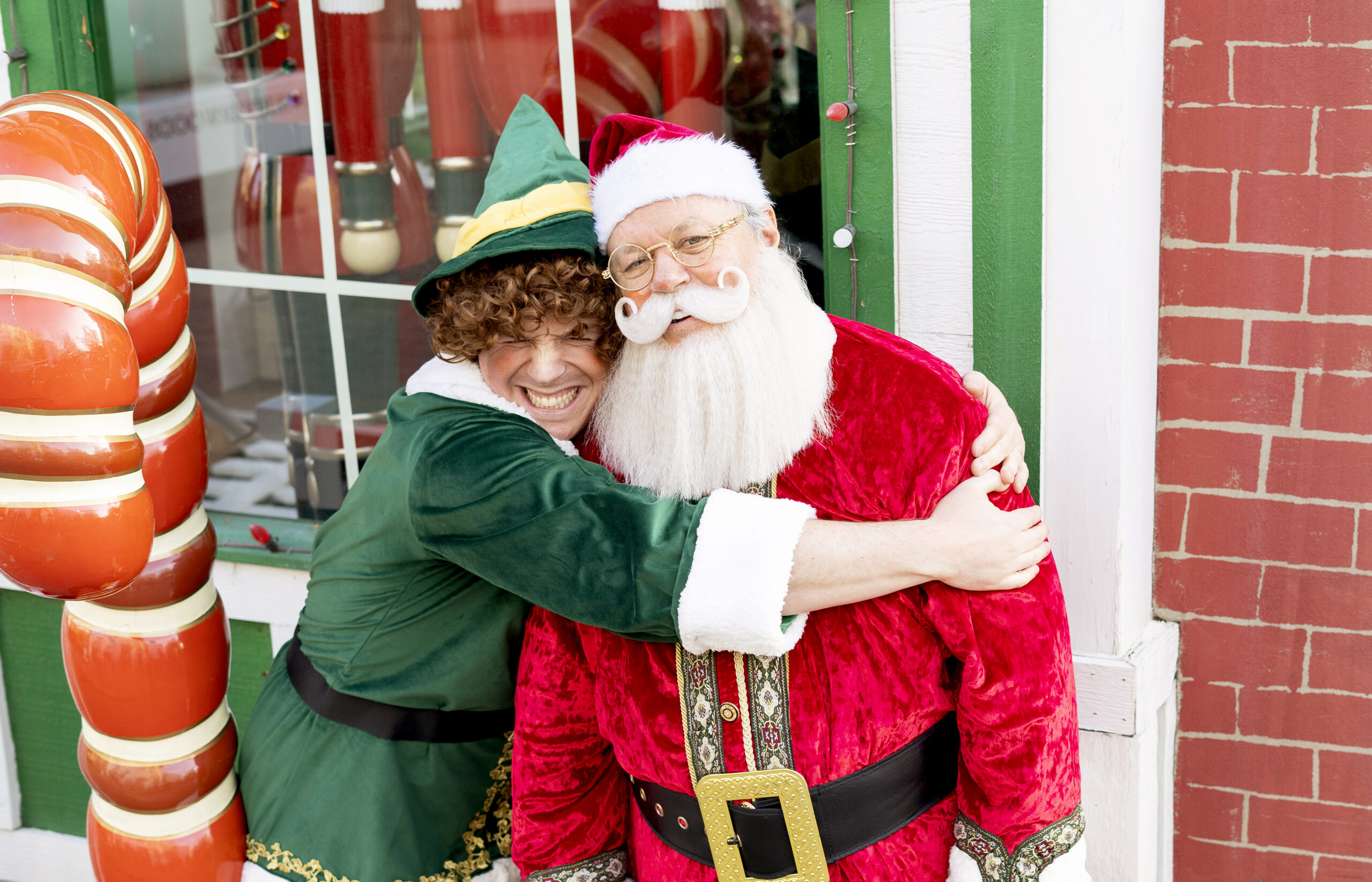 The musical version of the modern classic Christmas movie “Elf” is on the Lehi Arts Center stage for the annual Christmas-themed production. Tickets for the ten shows sold out in a few days, so four more showtimes were added. As of Tuesday, Nov. 30, there are two seats left for the Dec. 14 show. There are 85 seats in the Lehi Arts Center, so less than 2,000 patrons will have the opportunity to see the show over it’s 14 day run.

“I love that the musical really shows Buddy’s big open heart and more of his and Jovie’s relationship,” said Evan Meigs, “Buddy”in the Lehi Arts production. This is Meigs’ ninth show with Lehi Arts, but his first Christmastime musical.

“When I heard they were doing ‘Elf’ I really wanted to play Buddy, but even more than that, I wanted to do this show with my niece, Taylor,” Meigs continued. In all nine productions he’s done with Lehi Arts, Meigs has had a member of his family joinhim in the cast.

“The best part of this production is the fact that I get to spend every day with so many talented people,” said John Newall, who plays the store manager in “Elf.” “This has been one of the most fun and rewarding experiences of my life.”

There are some key differences between “Elf the Musical” and the 2003 movie. In the musical, Buddy’s birth father, Walter Hobbs, and his writing staff must publish a Christmas story before Christmas, and the love story between Buddy and Jovie is expanded with more detail.

“I don’t get to chug a two-liter bottle of Coca-Cola, which was disappointing, but I do get to eat spaghetti with maple syrup,” laughed Meigs. His favorite line in the musical and not the movie is, “Real snowflakes are smaller than buildings.” Buddy gifts Jovie, who has never seen real snow, a snow globe.

“Buddy immediately loves everyone he meets – there’s no judgement,” Meigs continued. “I think that’s one of the reasons this story is a favorite