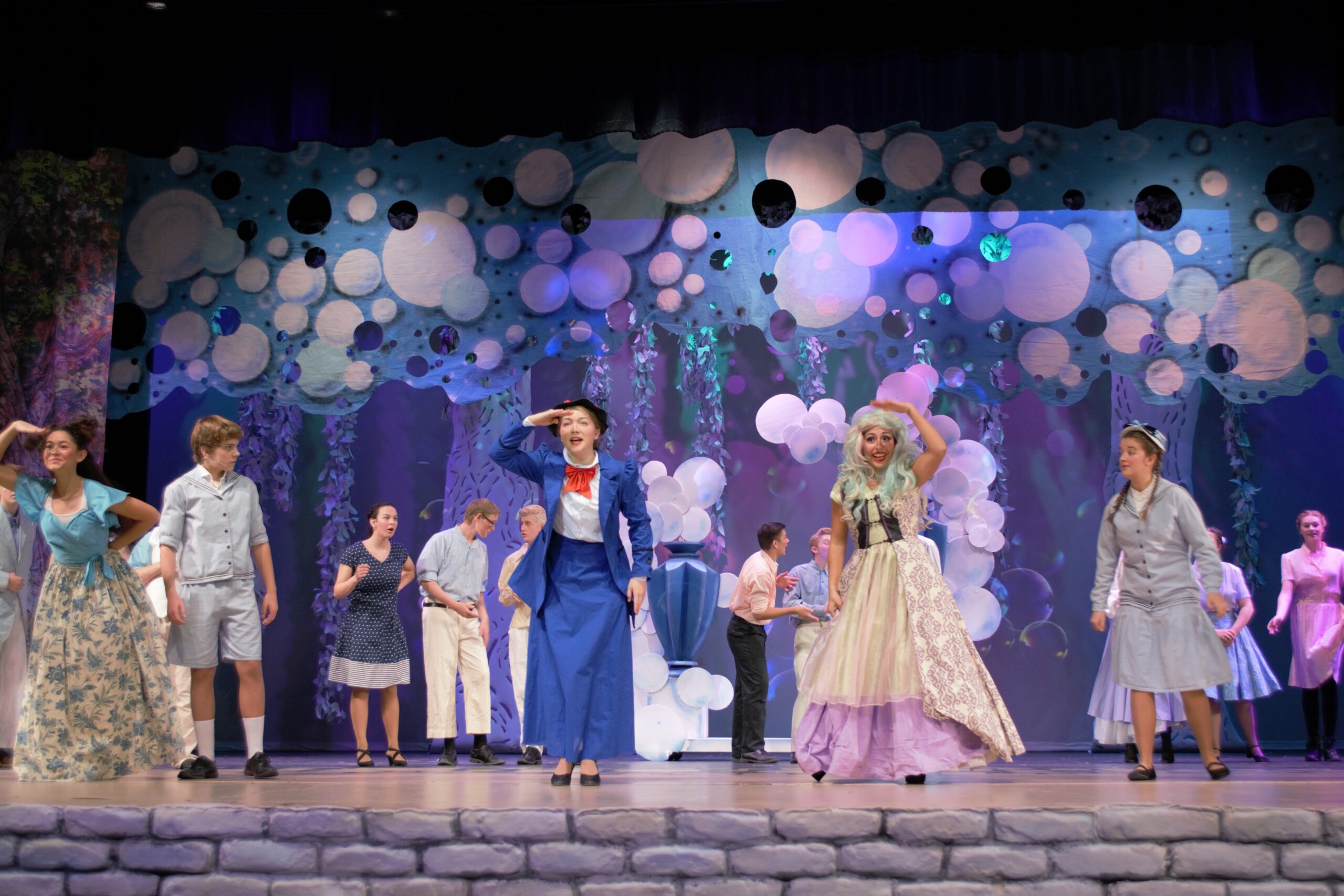 The curtain went up on Lehi High School’s production of “Mary Poppins” on Thursday, Nov. 18. The student cast and crew, the directors and set designer Randy Blackburn created a magical little world on the stage.

“This whole show is teaching Mr. Banks how to be a good person. Every character affects Mr. Banks in some way, teaching him how to be more present in his kids’ lives. It’s so instructive to us. Mary Poppins doesn’t change she just affects change,” Nelson said. “That’s what this family needed to learn. After the hard couple of years that we’ve had, to find joy and wonder in the everyday is what Mary Poppins teaches us.”

Artist Randy Blackburn has spent the last several months putting in 12-hour days on the magnificent sets including two houses, two rooftops, a few different parks, trees from his own yard and his pet pigeons. “I had to build frames to cover the proscenium walls and I painted the stage floor. It’s a lot of work, but it’s worth it,” said Blackburn. “When the kids see the effort, we’re going to it elevates their effort. They appreciate it so much.”

“The directors really leave us feeling like we’ve lived the story, we haven’t just been in a play,” said Jane Claire Waite, Mary Poppins in the Lehi production.

“The directors really make it what it is. People walk away feeling like it wasn’t just a high school show, it was something better,” added Stockton Yates who plays Bert. Stockton and Jane Claire are seniors at Lehi High School, and both have been in the drama program since they were sophomores.

“I love it here so much. I’ve always wanted to be in Lehi shows since I was 11 or 12 years old,” said Stockton.

Mary gets to fly and Bert dances upside-down above the stage in the LHS production. “We brought in a professional flying company to install some fly stuff for us. They’re fantastic – we’re really excited. It’s very difficult what Stockton gets to do,” said Mindy Nelson.

“Flying is very scary, but it’s a ton of fun. It shows how willing Mindy is to create a magical show,” said Stockton.

“It empowers them to do something difficult and something they can be proud of. All of us require a lot of these kids. We don’t just want them to do well, we want them to go beyond that and excel, to push themselves more than they normally would. They come out of the experience feeling, just more empowered,” said music director Katie Allen. “Our goal is to push them and get the best out of them. Sometimes it’s not fun, but it’s a good thing for them.”