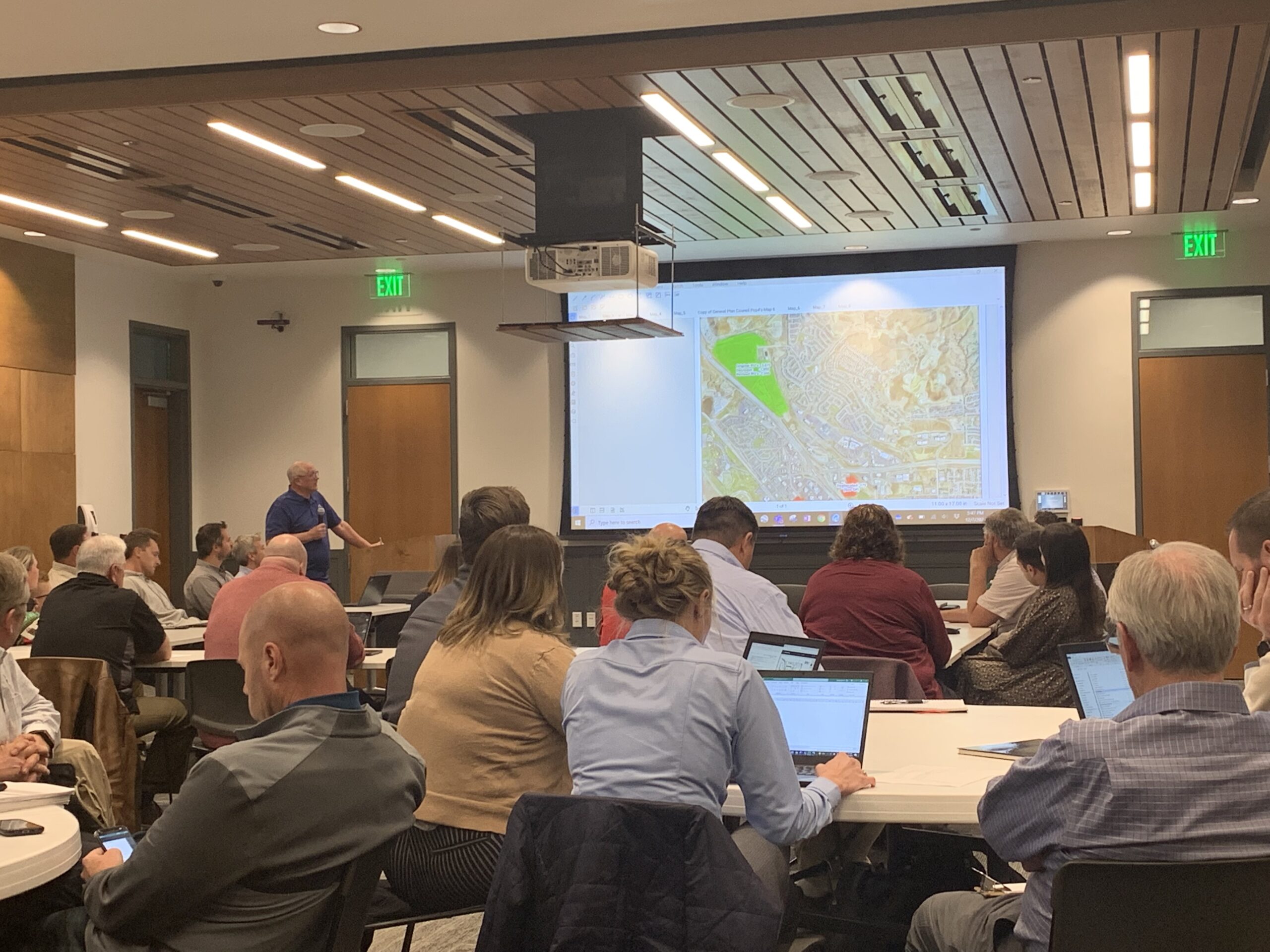 The current General Plan was adopted in 2011 and had a total population build-out of approximately 220,000 residents, with some estimates as high as 300,000. In the General Plan update process, the Mayor and City Council expressed concern with a population of that size and asked the Planning Department to scale it back.

“We got to a certain point, and the Mayor and City Council wanted to pause and take a closer look at our build-out numbers. We had a build-out population estimate of 220,000. We don’t want to be that big of a city. Now we’ve got a plan for up to 160,000. We were very strategic with where we kept density,” said Lehi Community Development Director Kim Struthers earlier this year.

During a joint work session on Tuesday, the Council and Planning Commission reviewed the updated plan, with a total build-out population of 154,277. Down slightly from the previous map with 160,314 residents.

In the most recent plan, leaders removed some density from the Main Street area, State Street and the proposed Pioneer Village mixed-use area near Pioneer Crossing.

The reduction comes as Council members have an increasing concern about the potential for density increases associated with accessory dwelling units (ADU’s), mainly referred to as basement apartments.

Earlier this year, the state legislature passed House Bill (H.B) 82, making it illegal for cities and HOAs to restrict ADUs. The bill included several concessions that Utah cities lobbied for, including allowing each municipality to restrict up to 25% of their homes from allowing ADUs, enacting a minimum lot size of 6,000 square feet, and requiring at least one dedicated parking space per ADU.

In the newly updated map, city staff used 20% as the threshold for ADUs.

“The Gardner Institute uses 4%, and the National Association of Realtors uses 8%,” added Struthers.

Powell also said he anticipates the number to continue to grow as rising home prices drive family members to live with each other.

Councilman Paul Hancock and Councilwoman Paige Albrecht expressed concern with the 20% utilization rate and asked the staff to increase that number to 50% for the next map.

While density was removed to accommodate the potential for more ADUs, the topic at the forefront of city leaders’ minds was the Thanksgiving Point transit-oriented development (TOD) to be reviewed by the Council on Tuesday.

“I would like to hold off approving the General Plan until Thanksgiving Point gets worked out,” said Albrecht.

The Thanksgiving Station TOD proposal includes 5,398 residential units,11-acres of park and open space, nine acres for a school, 500,000 square feet of office space, 52,000 square feet for a church and 300 rooms in hotel space on 115 acres at Executive Parkway and Ashton Boulevard. The building would occur in phases over the next 20-25 years.

The project recently received a positive recommendation from the Planning Commission in November.

The City has emphasized moving future density to five TOD areas in the updated plan. The first one is located in the most northwest area of Traverse Mountain, followed by Thanksgiving Point near the FrontRunner station, the former Lehi Block area, west State Street, and the area around the new Lehi Tech apartments (west of Walmart).

The General Plan under consideration only plans for 1,000 new units at Thanksgiving Point, despite the developer’s request for 5,398. The Council has continually pushed back at higher density requests but has been more open to increased density if the developer follows a structured multi-phase plan putting infrastructure first.

“It’s not about the number of units but how to make it functional. That may be 5 or 10,000 [units]. The area is failing, and it will continue to if we don’t do anything. This is our opportunity to get it right,” said Councilman Hancock.

“They have to work to justify getting to 2,000 and 3,000 [units] and so forth,” said Councilman Chris Condie, agreeing with Hancock.

“Triggers [for units] don’t have to be infrastructure. It can also be a grocery store. We can say you don’t get past 2,000 units until you get a grocery store, for example,” continued Hancock.

Planning Commissioner Greg Jackson, who made the motion to send the proposal to City Council with a favorable recommendation, said his reasoning for the motion was regarding smart growth, location of the FrontRunner and Thanksgiving Point’s financial struggles.

“The train is there. It isn’t going to be moved. The only way this works is if people can work and live here and maybe take the FrontRunner to the Jazz game,” continued Jackson.

“Pushing the growth to places like Eagle Mountain and Saratoga Springs will leave us paying for the roads that everyone else uses. The thousands and thousands daily,” said Jackson.

The Council will continue their deliberation on both the General Plan and the Thanksgiving Station proposal during Tuesday’s City Council meeting.