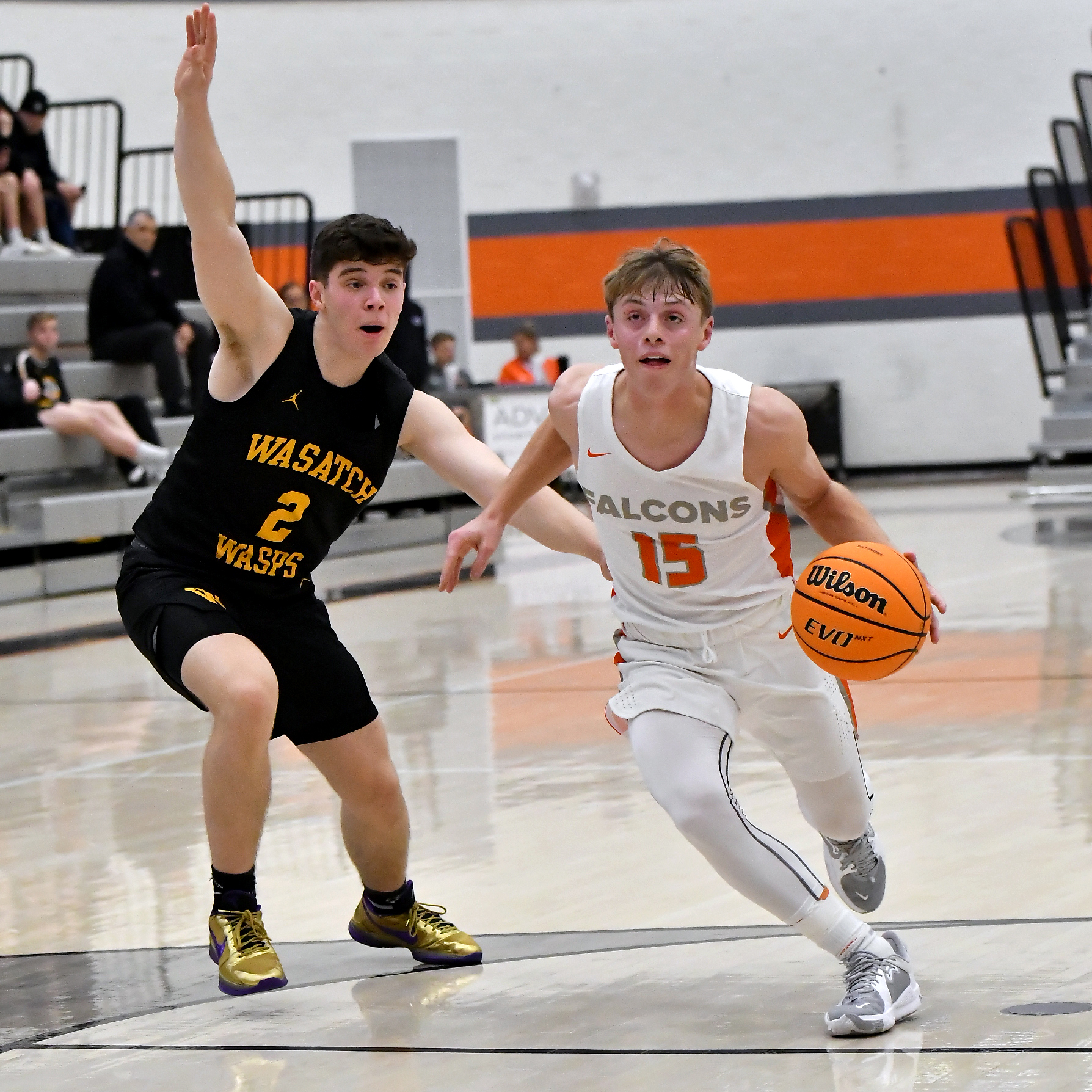 The Falcon boys basketball team tallied two big victories this week but then lost a close contest in the semifinals of their own tournament.

After a close first half, the Falcons outscored the Wolverines 22-8 in the third quarter and cruised to the comfortable victory from there.

The Falcons outscored the Wasps in every quarter to build an insurmountable lead and advance in the winner’s bracket of the Skyridge Tournament. They built on the 14-11 first-period advantage with plus-four in the second, seven more points in the third and 13 in the final stanza.

Holland scored 23 points including three triples and also had five assists. Carter finished with 21 points and Bailey had 14; each of them also collected three boards. Snoddy made fiveassists, while senior forward Tate Mansfield grabbed three rebounds and dished out three assists.

The Falcons made a fast start against the Flyers and led 21-15 after the initial period, but Dixie overcame the deficit in the third quarter and managed to hang on for the narrow victory.

Holland finished with 22 points. Snoddy again sank five triples and added another bucket for 17 points total, while Carter ended up with 15 including three triples.