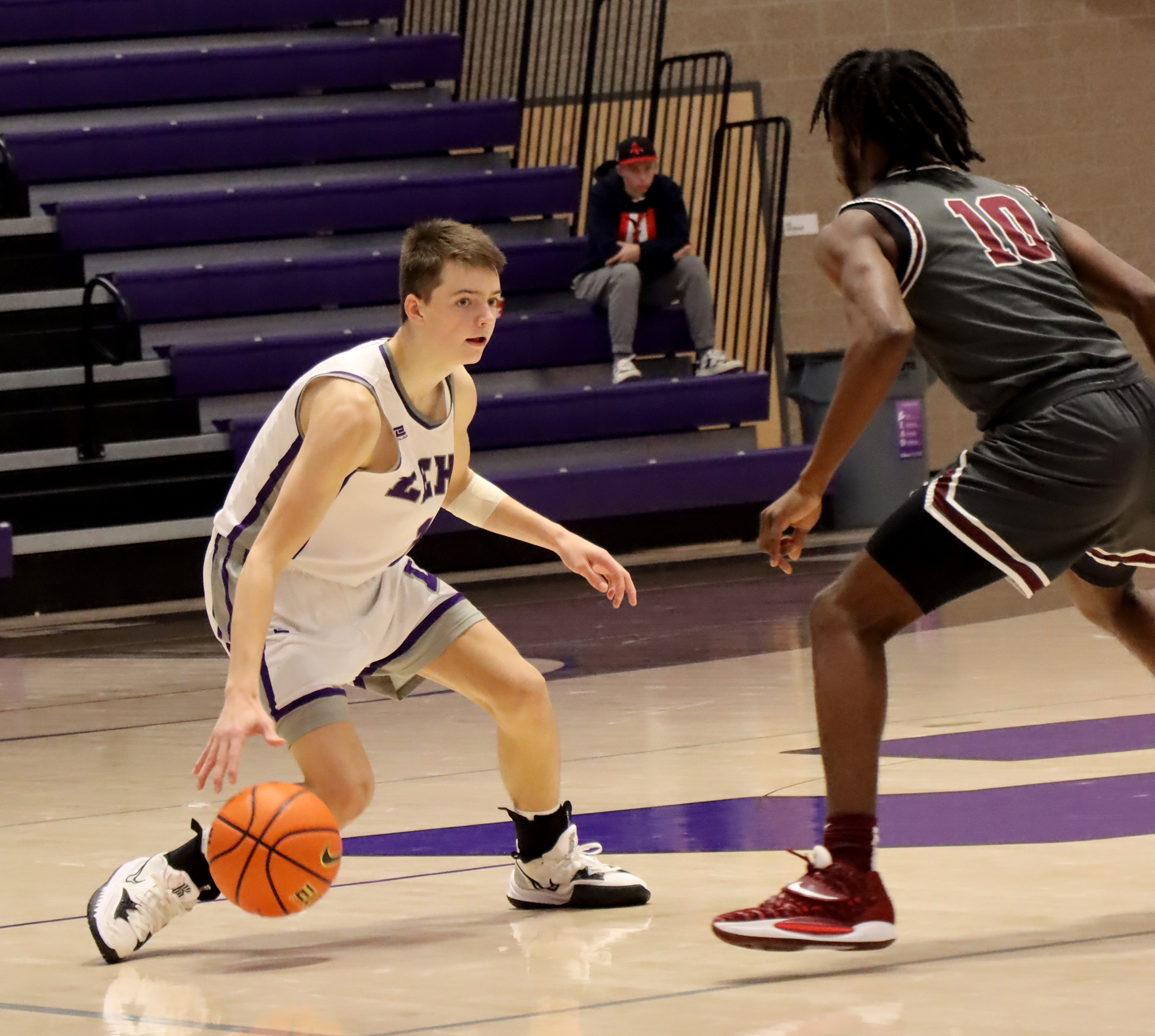 The Lehi boys basketball team got their first win on the road at Cedar Valley last week. The Pioneers then played back-to-back games against out-of-state competition in the Hoopfest showcase on the weekend.

In that event, they bowed to the team from Las Vegas on Friday but played their best game of the season to date to top the squad from Miami the next night.

After enduring a rough start to the season, the Pioneers found their footing in this game. They trailed 7-10 after the first quarter but launched a 17-6 assault in the second period and went on to the victory from there.

“It was nice to get a win,” said Lehi Coach Quincy Lewis. “Getting ahead before the half helped the guys to relax a little and we shot a great percentage the rest of the way.”

The Pioneers began poorly against a very good Trailblazer team and fell behind 8-20 in the first quarter. They were only outscored by a single bucket in the second but still trailed 22-37 at the break. They did play better in the second half but could never overcome the deficit.

“We played about one half of good basketball in this one,” Coach Lewis said. “The guys learned they have to come out and play from the start. Our defense was terrible in the first half, and we weren’t very aggressive going the other way.”

It was a different story on Saturday night. The Pioneers opened up firing on all cylinders and ran the score to 17-6 in the first quarter before the Vikings knew what hit them.

Ruffner won the tip and Lewis got Lehi on the board quickly with a trey. Brousseau grabbed a defensive board on the other end and converted with a drive to the hoop. A Bromley defensive board led to a triple by junior guard Spencer Anderson and his later free throw made it 9-3 at the 4:28 mark.

Lewis canned two more from long distance in the period and junior forward Preston Varner got a bucket as well.

Norland’s highly-rated Marcus Allen had 25 points but his teammates were each held to single-digit scoring. The Vikings made a late run to make the score look more respectable, but they couldn’t overcome the 23-point deficit they had entering the fourth quarter.

Lewis finished the night with 20 points, including four triples and 6-of-6 at the line. Anderson was perfect from the field and 3-of-4 at the stripe for 13 points to go with five rebounds. Varner finished with 10 points and four boards, while Bromley had seven rebounds, four assists and a pair of steals.

“We came out and played,” said Coach Lewis. “We’ve been waiting for a game like that. We’ve played good defense in every game, but the offense has been a bit behind. Tonight, we showed what we were capable of.”

The game was not without its adversities. Ruffner and Brousseau both fouled out. “We were in big foul trouble with our front line,” the coach continued. “How we were able to hold it together showed our depth. Cooper and Spencer were very good tonight.”

He also noted the contributions of junior guard Braxton Hawkins off the bench, who returned to the team this week after a leave of absence. “It’s great to have Braxton out playing again after all he’s been through,” he said.

Coach Lewis added that he doesn’t know any Utah team that has played a tougher preseason than the Pioneers have. “We do it that way because we want to get better,” he said.