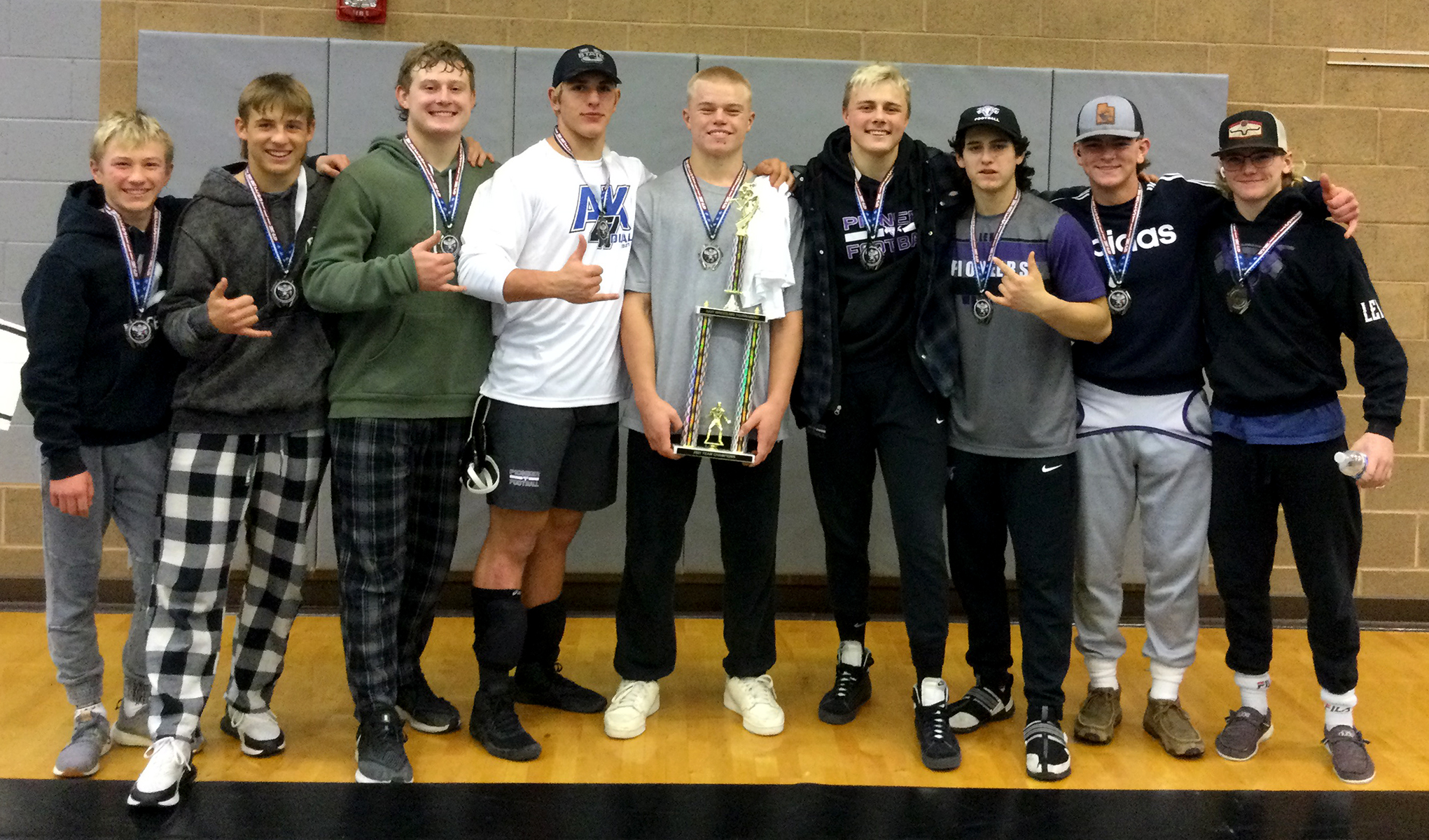 The Lehi boys wrestling team competed at the Stansbury AK47 Dual Tournament on Dec. 10 and 11 and finished first in a field of 13 schools.

The Pioneers had nine individual medalists, and all of them finished in fourth place or better. As a team, Lehi scored 99 points, topping Riverton at 75, the host Stallions at 68 and the team from Idaho Falls at 59.

The top two finishers in each weight class of each pool qualified to advance to the cross-bracket tournament on Saturday. Here are the results for Lehi’s entrants:• Freshman Lincoln Rex defeated sophomore Carter Olson of Riverton by pin at 1:50 to finish third in the 113 bracket.• Sophomore Ammon Cannon lost to Herriman’s Jack Lounsbury, a junior, in the title match at 144 lbs. to finish in second place.• In the 150 bracket, junior Layne Black topped Stansbury’s sophomore Hayden Peterson with a fall in 29 seconds to take third place.• Junior Ethan Rainer of Grantsville earned a pin with seconds left in the first period over junior Hayden Johnson in the title match at 165, so Johnson got second place.• At 175, senior Denten Linford scored a fall at 4:58 over senior Leo Nelson of Idaho Falls to secure third place.• The Pioneers took both top spots in the 190 weight class. In the title bout, junior Will McCleary defeated junior Cole Eldredge by pin at 1:51 to determine the result.• By the narrowest of margins, senior Gary Gonzalez-Rivas of Granger topped junior Trevor Bulpitt by 6-5 decision in the 215 third-place bout, so Bulpitt came in fourth.• In the match of the day, junior Isaac Terrell faced off against Idaho’s top wrestler in the 285 weight class, Landon Gneiting (6-foot-5, 285 lbs.). Terrell secured first place with a victory in an exciting final.

The Pioneers got a late start this season because of Lehi’s run to the state title in football. Several key members of the squad were unavailable to even start practice until after the football season was over.

“This event was a good early test for us,” said Pioneer Coach Dan Rice. “I was really pleased with how our guys did. We should be able to build on this success going forward.”