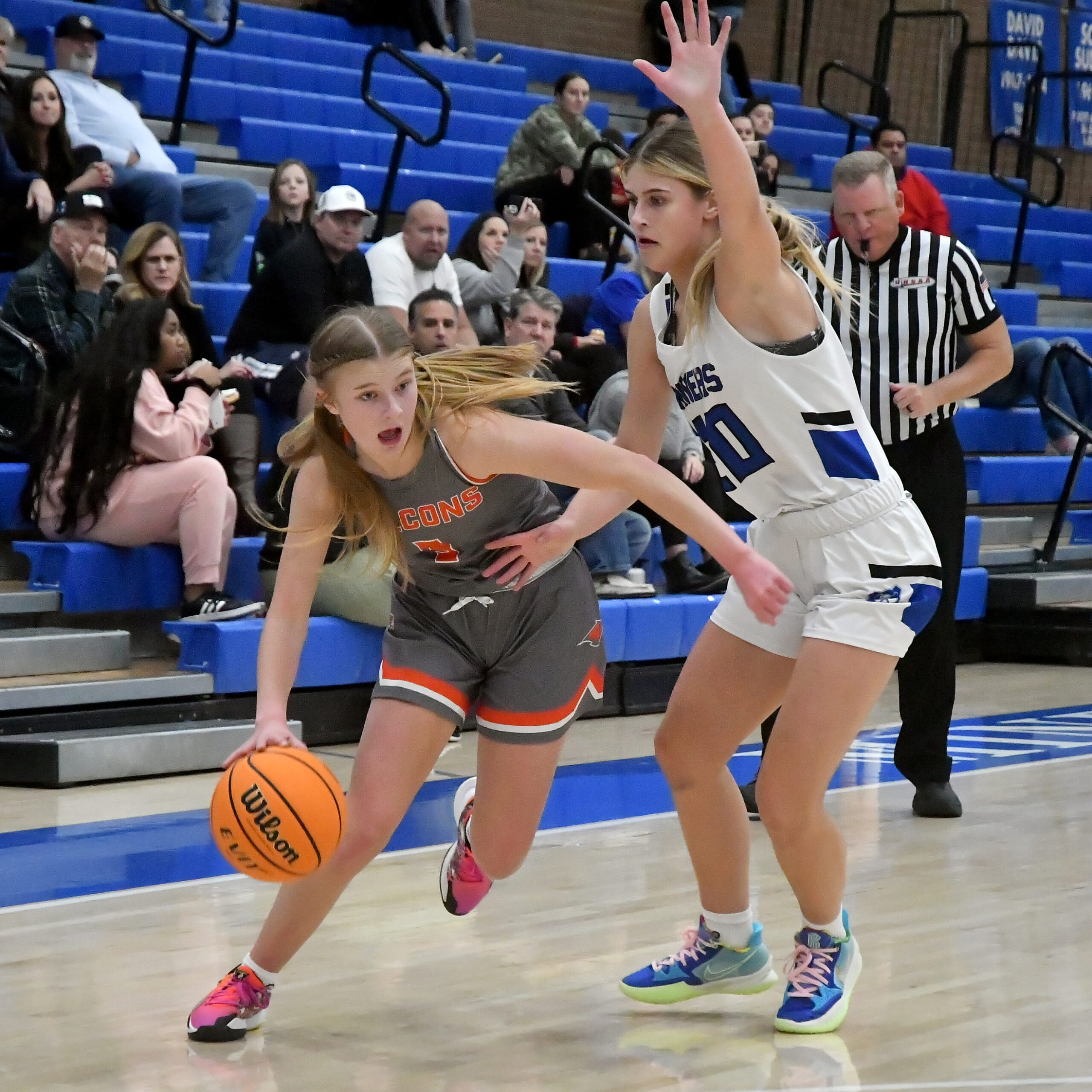 The Skyridge girls basketball team fell to Bingham but followed up with convincing victories over Timpanogos and Delta in last week’s action.

The Falcons had a tough time scoring against the Miners and their big lineup, producing less than 10 points combined in the first and third quarters. They actually topped the visitors 14-10 in the second period but couldn’t make enough headway to overcome the deficit.

Sophomore guard Cambree Blackham paced Skyridge with 11 points including a pair of triples and also had four rebounds, two assists, two steals, a block and five deflections in the contest.

The Falcons took on the Timberwolves on the road and secured a well-fought victory over a very athletic and aggressive opponent.

Gray showed great leadership against a tough opposing defense. Her ball handling skills and quick feet helped to lead the Falcons to the win, along with seven points.

Skyridge Head Coach Shaylee Nielsen said, “Senior leadership stood out tonight. Teagan and KJ did a great job for us tonight;they are our senior leaders. Cam is another one of the captains;she is a sophomore and did a really great job.

“When we start to get on our heels or we are tightening up, Cam does a great job of keeping us relaxed and is always like, ‘we are okay.’ Teagan got hit with eight blind screens tonight and stayed calm. She is a tough kid,” added Nielsen.

The game was physical, and the outcome was decided by hustle points rather than shooting percentages. The Falcon shooting game was subpar but was made up for in defense and rebounding.

Nielsen said, “I was proud of the team for battling it out tonight. We need to give credit to Timpanogos; they did a great job. We were tough and found a way to win.

“We took care of the ball for the most part and got stops when we needed to. The team needs to get a little bit tougher and little bit more gritty, but it is still early in the season and we are learning and we are going to keep getting better,” said Nielsen.

This was a big win for the Falcons, who outscored the Rabbits 21-5 in the first quarter and never looked back, making a big statement throughout the game.

Toole scored 12 points including two triples for the night, along with four assists, five steals and two deflections.

The Falcons next head to Las Vegas for the Tarkanian Classic Dec. 17-21.