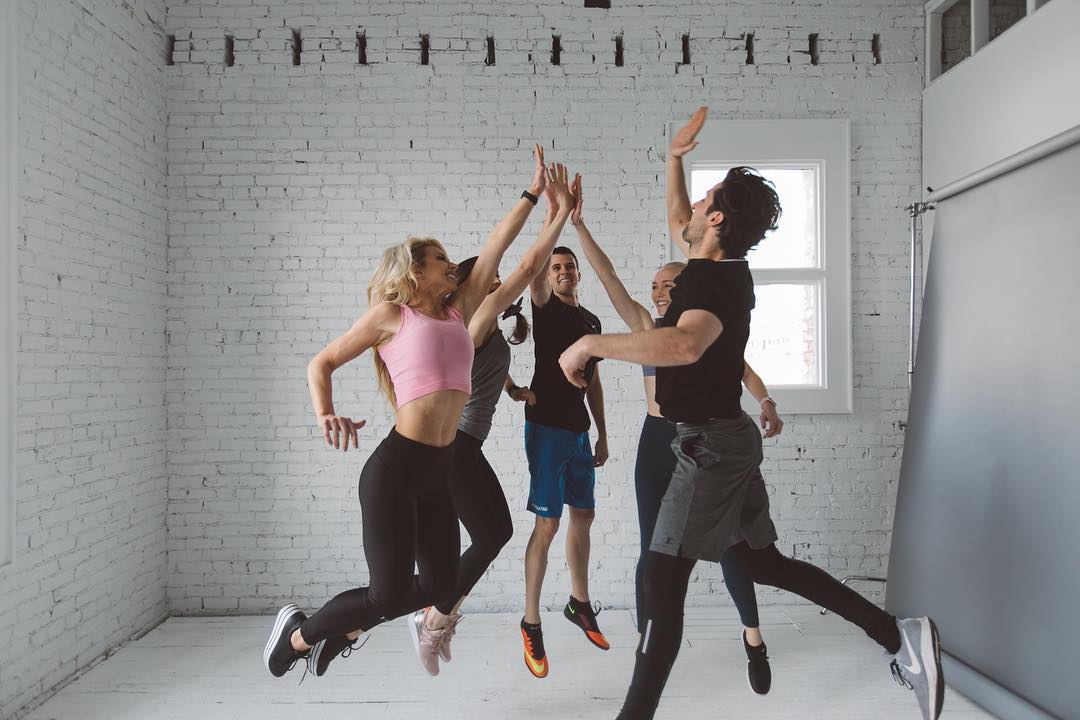 Lehi based company Freeplay wants people to play together more. The average adult spends 11 hours a day behind a screen, and Freeplay is helping them get back to connecting in real life with fitness activities. “People are staring at photos of fake parts of their friends’ lives and they’re getting sick of it. We’re excited to usher in a counter-revolution,” said Adam Chavez, Freeplay Co-Founder, and COO.

Instead of paying for a single gym membership, or shelling out $20 for a single specialty class, Freeplay allows its customers a pass to get into hundreds of gyms and studios around the state. Did we mention it starts at just $19 a month?

Their FAQ section online includes our first reaction “What’s the catch?” Their answer? There’s no catch. Freeplay has partnered with premier gyms and studios to provide an all-access fitness pass. According to their website, “With Freeplay, you get the exact fitness experience you want without being stuck in a single gym membership.”

Chavez and Aaron Mitchell, Freeplay CEO and Founder, worked together at DOMO for a few years before launching Freeplay in 2017. Mitchell said after sitting at his desk one day and noticing the “muffin top” around his waist, he went to see if his buddy Adam had the same problem. (He did). Chavez didn’t play baseball anymore- and neither one of them were really working out. “Just the fact we call it “working out” means we’re associating it with work,” said Mitchell. “There’s nothing I’d rather do than play a game of ball with my buddies, and we created Freeplay to make that easier for everyone.”

“Millennials are rejecting the idea that you go to the gym and torture yourself as part of getting healthy,” Chavez explained. “That’s why they’re willing to pay $40 for a single class at a fitness studio instead of a $10 basic gym membership. They want to feel connected and part of something,” he added.

Exercising with friends is “much more difficult than it should be”, Mitchell noted. “Freeplay is a chance to play together with your friends and go do an activity you all want to do.”

Freeplay currently connects its members to nearly 100 gyms and fitness studios in Salt Lake, Utah, and Cache Counties, with plans to soon expand to Washington County and eventually to other states. Like their website says, “When you upgrade to Freeplay VIP, you get unlimited access to rock climbing gyms, yoga studios, CrossFit boxes, batting cages, trampoline parks, and tons more with a single monthly membership.”

There are several different membership options within Freeplay. The “Rookie” membership costs $19 a month and includes one visit to each gym, every month. Unlimited passes can be billed to a single person for $99 a month, or the price goes down per-person if a member signs up with a group. Unlimited passes include a buddy pass for non-members, unlimited visits to partnered gyms and the ability to switch out a group member at any time.

Mitchell and Chavez said the whole mindset behind Freeplay is the idea of playing with a group of friends, which is why they created the group membership options. Chavez said when people sign up for a gym membership alone, they don’t feel as accountable. But when you sign up as a group it adds an interesting dynamic. “You feel accountable to participate and to play as a group,” he said. Chavez himself started playing baseball again, thanks to Freeplay, and is in better shape now, at 35, than he was in his 20s. “People should just play and exercise in a way they’re passionate about, and Freeplay helps make it happen,” he added.

Mitchell said his plan for Freeplay is to “take over the world” and turn the company name into a verb. (Example: Hey, are you guys freeplaying right now?). He said the company is already working on expanding out of Utah and have dozens of gyms signed up in other locations. “We’re getting everything really fine-tuned and dialed in here in Utah, but announcements will be coming down the pipe about expanding,” he said.

Gyms and studios benefit from Freeplay because the majority of Freeplay members do not have a gym membership prior to signing up. “Millennials just don’t buy into that type of exercise,” Chavez explained. “They crave community. We’re building this community layer and sending that community to the old-world gyms.” Gyms are also compensated when members visit, and Mitchell said it’s easy for gyms to see the benefit for their own business. “It’s very synergistic,” he said.

I wanted to understand the Freeplay process firsthand. So, I grabbed my phone, approved the app download and checked it out. After entering my email and phone number to begin, the app asked what kind of exercises I liked. Options included aerial and ax throwing (I’m not currently cool enough to click either of those boxes) as well as barre, cycling and yoga (check, check and check). Overall, it had 35 different exercise choices. Adam Chavez told me climbing is their most popular activity, while all the others come in close after that.

After the activity selection, the app directed me to a social feed where I was told Mike visited CrossFit XD and Preston went to Cahoots Fitness. I was able to see what classes were offered this afternoon or look further into my week. When I opened the map to Lehi, over a dozen choices popped up right here in my hometown. Widen that map radius further and the options multiply quickly. I was able to select what class I wanted to attend based on my schedule and add it to my “Playlist.” I would then be able to invite other friends on Freeplay to join me.

Completing a week of “play” with my friends only took a few short minutes. My playlist included over $60 worth of class fees since I’m not a member at any of the chosen studios, so the $19 monthly fee feels like a steal. Now I just need to convince all my friends to sign up into a group membership so we can leave our screens behind and enjoy some time “playing” with friends.

As a Millennial, Adam and Aaron’s message of getting off our screens and connecting with our friends in real life spoke straight to my heart. Not only does this app make that possible, but it also makes exercising fun. Freeplay is starting a fitness revolution, and I’m excited to watch what happens next.