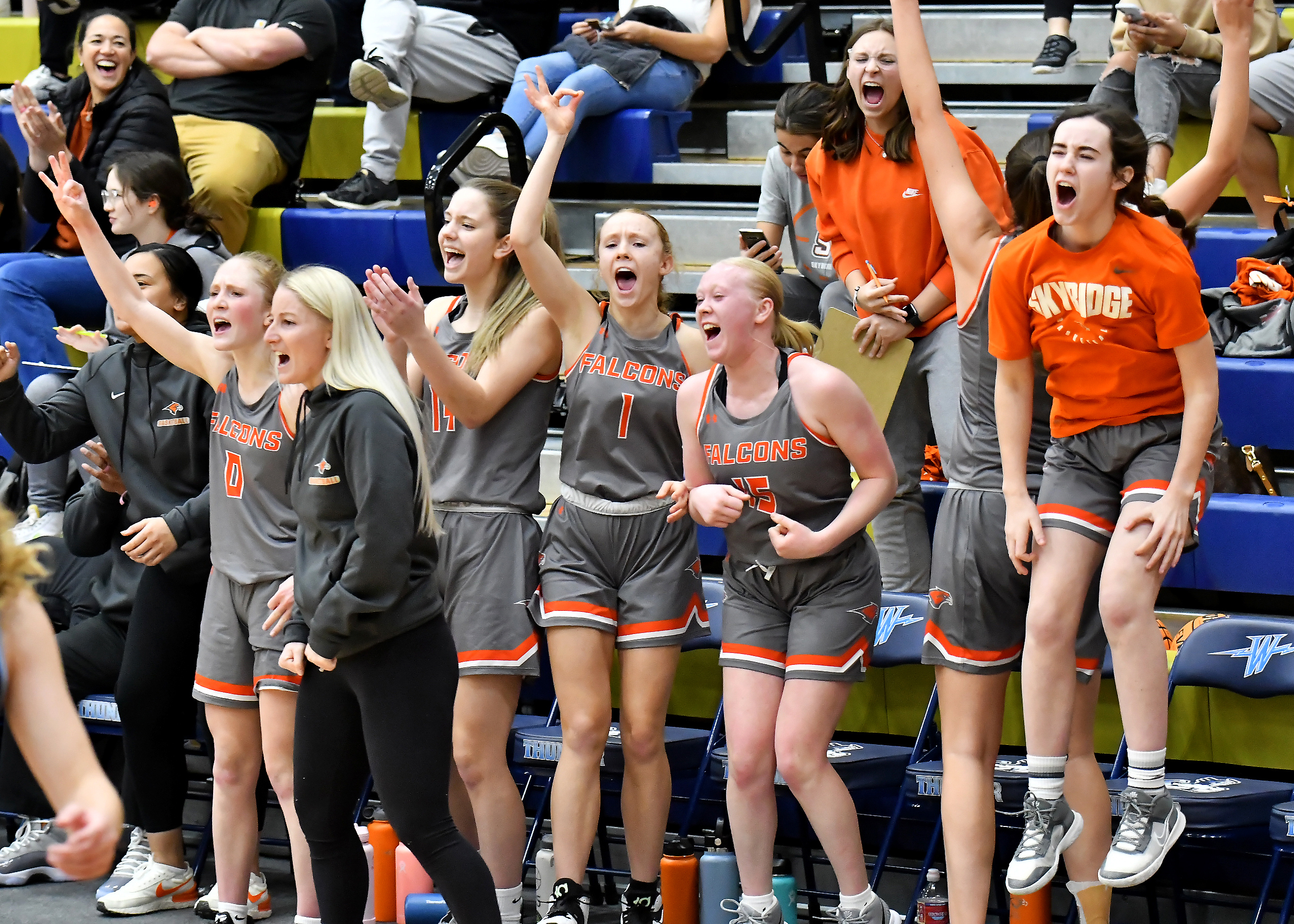 The teams played even through the low-scoring first quarter, but the Thunder pulled ahead 26-22 by the break. Skyridge drew within one point by the end of the third period and outscored the home school 19-11 in the final stanza to secure the win.

Sophomore guard Cambree Blackham showed an aggressive presence both offensively and defensively as she led the team in points and intensity. Blackham finished the game with 16 points,including going 9-of-10 at the line all in the fourth quarter, along with six assists.

Senior guard KJ Gotberg added 13 points as she overwhelmed the Westlake offense by blocking three shots and being a menacing presence in the paint. She had three rebounds along with senior guard Teagan Gray, junior guard Abby Hymas and freshman guard Bella Sika, who also had three each.

Skyridge Head Coach Shaylee Nielsen said, “We struggled putting it in the hole at times, but our heart and defense came through for us tonight. This was a gutsy win. We are ready for these hard region games and to come through in the stretch. It is a lot of hustle and heart that is getting us the wins.

“We had different players just make plays when we needed them to,” the coach continued. “I was proud of Abby Hymas, she stepped up tonight and gave us good sub minutes. Shae shot the ball well for us. “When it comes down to the end of the game it is really nice to have Cambree just put the team on her back and finish it out,” she added.

“We have found our bigs and it has been really fun,” Nielsen said. “I have coached KJ harder than I’ve coached anyone in the last four years and she has come together and is really finding herself on the court. She is playing really well for us right now and is putting herself in the right spots.”

The Falcons made 11 steals against the Thunder and created a fair number of Westlake’s 23 turnovers while giving up only seven. Their endurance and physicality outlasted the Thunder as they worked hard for the win.

The Falcons will next host Corner Canyon tomorrow (Jan. 21). Varsity tipoff time for the girls is set for 5:15 p.m., followed by the boys varsity game at 7 p.m.