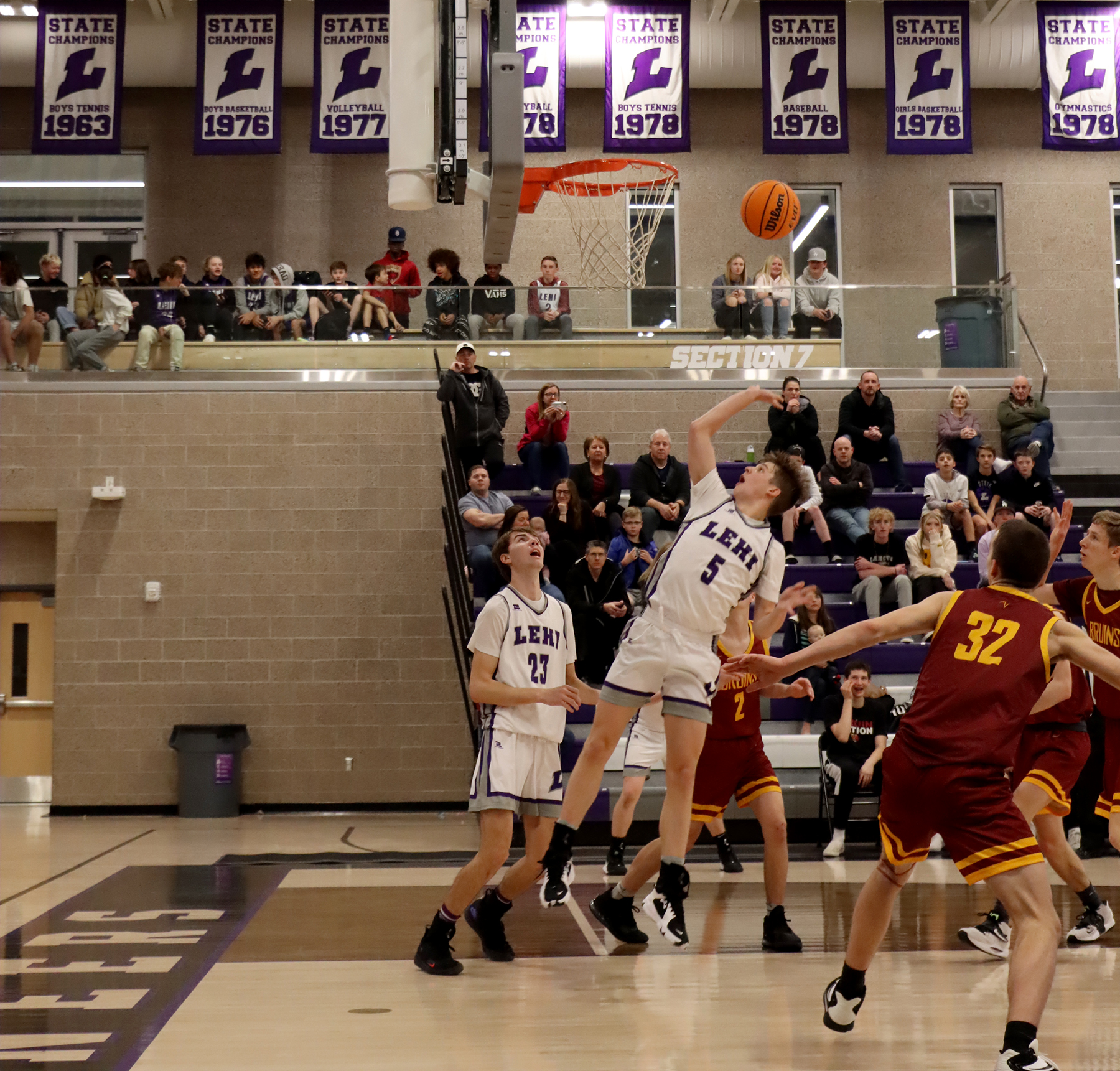 In a meeting Thursday (Jan. 20), the Utah High School Activities Association Board of Trustees voted to add a 35-second shot clock for varsity high school basketball games for all classifications in boys and girls basketball, beginning in the 2022-23 season.

The Utah high school coaches associations have been lobbying for this change for more than a decade. The adoption of the new rule was moved forward by its adoption by the National Federation of High Schools, to which the UHSAA belongs.

The coaches at both area high schools reacted to the news with enthusiasm and excitement.

“Adoption of the shot clock is a very positive step for high school basketball and our state,” said Lehi boys Coach Quincy Lewis. “The shot clock rewards offensive and defensive execution. Thank you to the UHSAA for helping get this done.”

“I was very happy to see the UHSAA adapt the shot clock for high school basketball,” said Skyridge boys Coach Jeff Gardner. “It is a positive step and will be great for the game long term. I look forward to the change next year.”

“I love it and I’m excited to have it,” said Lehi girls Coach Sean Seastrand. “I think it will make the game better. Most possessions are under 35 seconds now so I don’t know that it will impact much other than keeping a better flow to the game.

“It will have the biggest impact at the end of games,” he continued. “Close games will be more exciting and require more strategy. It will be an adjustment I’m sure in a lot of ways but it’s a good one. I also think it’s great for the kids that go on to play college to have that experience at the high school level.”

“We are thrilled here at Skyridge,” said girls Coach Shaylee Nielsen. “It’s something that Utah Basketball has needed for a long time and we are grateful to the UHSAA for listening to the coaches and adopting it.

“I believe it keeps the game true and is more enjoyable and exciting to play and watch,” the coach went on. “There will be some growing pains with installation and getting consistent people to run and operate the shot clock, but I think we will learn and have great people helping out high schools in that position.”

The rules regarding the length of the clock, the placement of the clock, and other logistical matters will follow the guidelines set by the NFHS Basketball Rules Committee, which voted in thespring of 2021 to make shot clock usage available for State Association adoption beginning next season.

As part of the UHSAA Board’s decision, host schools and regions will have the ability to decide whether the shot clock will be used in sub-varsity games. The NFHS rules stipulate that all rules regarding the shot clock must apply equally to both boys and girls basketball.

NFHS Rule 2-14 states that each state association may adopt a shot clock beginning in the 2022-23 season according to guidelines outlined in the Basketball Rules Book to encourage standardization among states.

The guidelines include displaying two timepieces that are connected to a horn that is distinctive from the game clock horn, and using an alternative timing device, such as a stopwatch at the scorer’s table, for a shot clock malfunction.

The guidelines also allow for corrections to the shot clock only during the shot clock period in which an error occurred and the officials have definite information relative to the mistake or malfunction.

More information on the NFHS shot clock parameters can be found at: https://www.nfhs.org/sports-resource-content/shot-clock-guidelines-2021/.