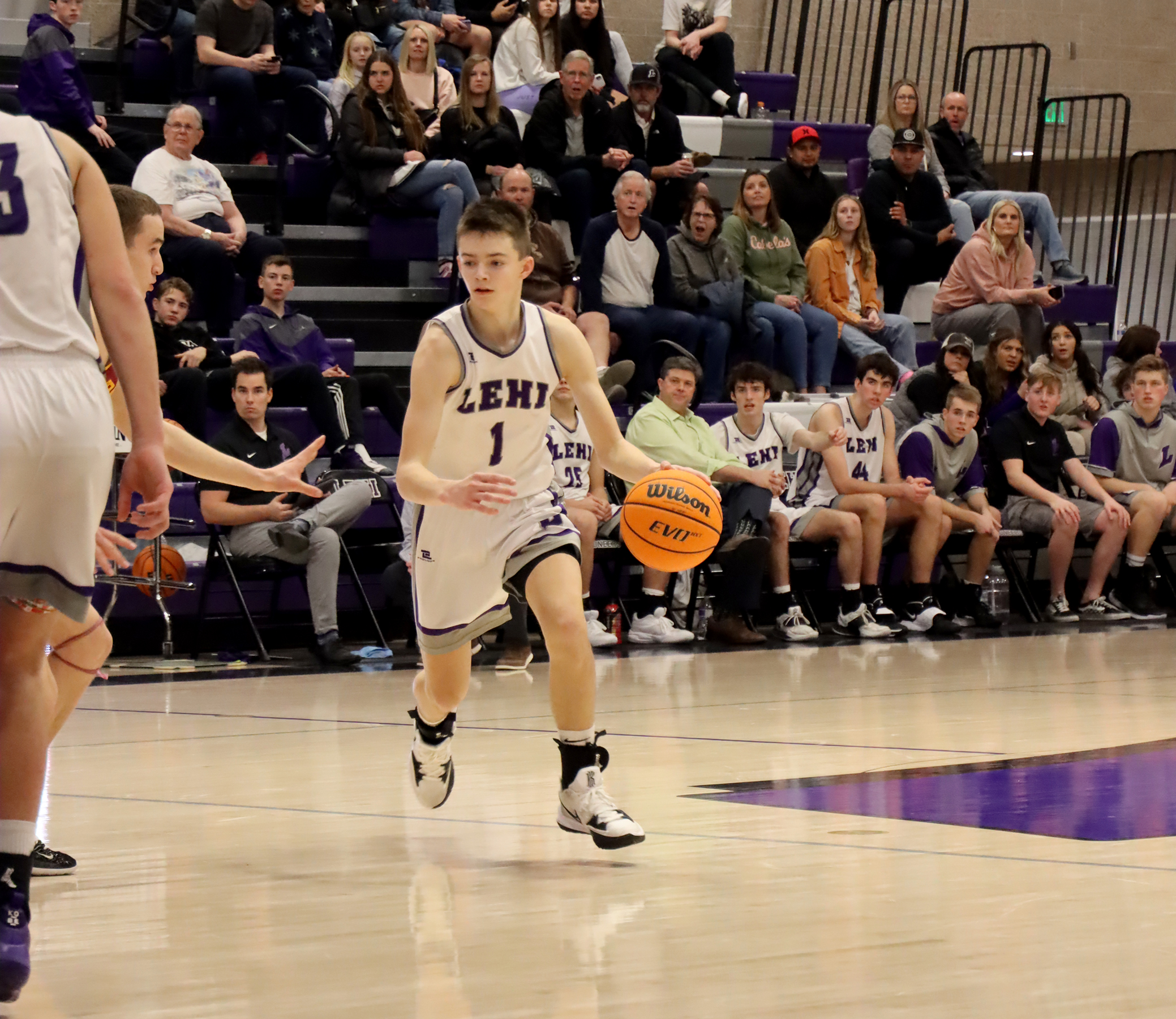 The Lehi boys basketball team split Region 8 contests last week, bowing to No. 3 Alta on the road but bouncing back with a big win over Mountain View at home.

The Pioneers competed well against the Hawks in the first two periods. They led 15-14 at the end of the initial quarter and trailed by just four points at the half. However, they were unable to keep pace with Alta after the break.

Junior guard Spencer Anderson tallied seven boards and fiveassists. The team had 14 assists on 19 field goals and was a perfect 6-of-6 at the line, with half of those coming from junior guard Braxton Hawkins to add to a pair of field goals.

“This was another situation where we just couldn’t get enough shots to go down,” said Lehi Coach Quincy Lewis. “We were moving the ball well and didn’t turn it over much, but they shot a great percentage and also outrebounded us.”

The Pioneers didn’t shoot well from distance in this contest either but more than made up for it in the paint, where upwards of 53 percent of their attempts found the mark. They had 19 assists on 25 field goals and a combined nine steals against six turnovers.

Lehi got an early boost from Brousseau in the first quarter as he scored eight points on some nifty moves around the basket to help push the Pioneers ahead 17-11. They widened the gap to 10 at the half and 20 entering the fourth quarter, cruising to the win from there.

Brousseau led all scorers with 18 points to go with three boards, three steals and a block. Asked about his mobility down low, he said, “It’s been a process as I’ve tried to learn the ins and outs. I’m nowhere near what I want to be but I’m trying to learn what I can.

“No one player can win a game alone,” he said. “Everyone has to buy in to what we’re trying to do. I’m just trying to focus on what I can control.”

Anderson is becoming the team’s quiet assassin. He had another excellent outing, going 7-of-10 (70%) from the floor along with seven rebounds and three assists. Lewis added 15 points, sevenassists and three steals with no turnovers while Ruffner contributed five boards and a pair of assists.

Hawkins had five assists and a couple of steals in minutes limited by foul trouble. “Tonight we wanted to focus on gaps in the defense,” he said. “In the second half we did a better job talking. We want to see each other do the best we can.

“This team is not selfish,” the player continued. “We care about each other. The only thing that matters is team points. It doesn’t matter who scores just as long as we win. It’s all about effort, awareness and communication.”

“They came out and gave us a shot,” Coach Lewis said. “We had a much better mindset defensively and really helped each other. Staying connected on defense made a huge difference in this game.”

He added, “It was really fun to see so many of our youth players in the house tonight, even though we had to scale back what we were planning to do because of the current health situation. We appreciate their enthusiastic support of our team.”

The Pioneers play a twin bill tomorrow (Jan. 21) when they hostTimpanogos. The girls varsity tips off at 5:15 p.m. and the boys will immediately follow at 7 p.m.