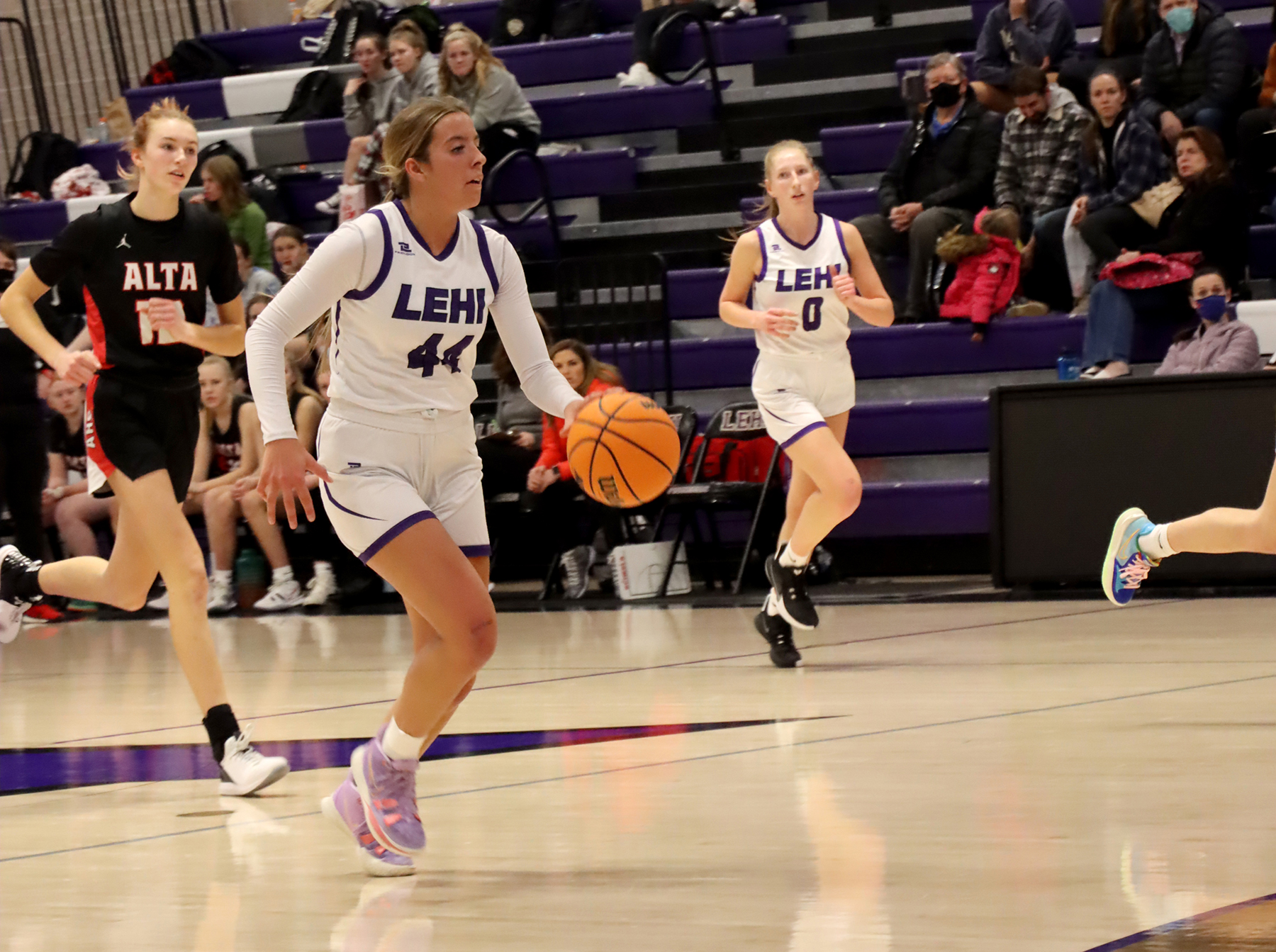 The Lehi girls basketball team pocketed a pair of Region 8 victories this week to run their record to 12-3 overall and 3-1 in the league to reclaim the top spot in the state 5A RPI rankings.

Both teams got off to a slow start in this game and there were a lot of missed shots before anyone connected. However, the Pioneers got their transition game revved up midway through the initial period and built a 12-2 advantage by the end of the first quarter.

The Hawks did a bit better after that, but they were still outscored in every period so the gap continued to widen through to the final whistle. Lehi was able to use a lot of bench players as a result and 10 overall got points on the board.

“Anytime we win a region game, that’s good,” said Lehi Coach Sean Seastrand. “I thought we played pretty well. We tried out a different defense and we looked sloppy at times. We shot a low percentage but we did a good job playing together.

“To struggle that much from 3-point distance and still get 60+ shows we have some firepower,” he added. “We were also able to get our younger players some experience. A couple of them got their first varsity buckets tonight and I love seeing that.”

The Pioneers missed a lot of shots and had 21 turnovers in an ugly outing, but they also held the host Bruins to single-digit scoring in three quarters and were very disruptive on the defensive end to earn the win. They led 28-15 at the break and maintained most of that margin to the end of the contest.

With 24 points, Heaton had more than double the total of any other player in the game. That tally included her team’s only two triples and was accompanied by 11 rebounds for a big double-double.

“It was a tough road game,” Seastrand said. “Mountain View plays really hard. They are fast, scrappy and well coached. We made just enough plays to get a tough road win. Every region game is huge for us. I didn’t think we played great, but we did enough.”

The Pioneers play a twin bill Friday (Jan. 21) when they host Timpanogos. The girls varsity tips off at 5:15 p.m. and the boys will immediately follow at 7 p.m.