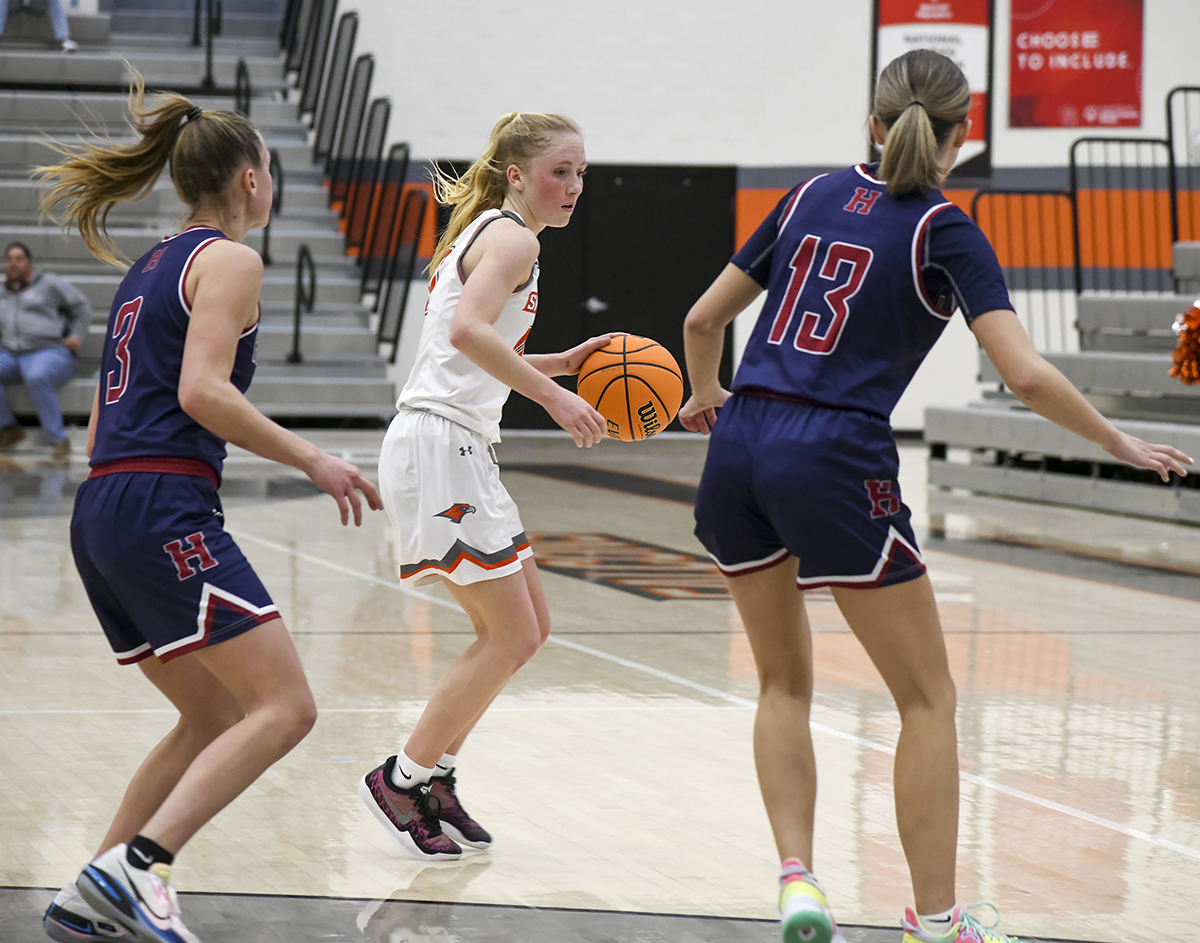 The Falcons fought hard against a physical Herriman team with great hustle but ultimately faltered at the end to finish with a loss.

Skyridge led 15-12 at the end of the opening quarter but fell behind at the half 23-27. They drew even by the end of the third period but were outscored by nine points in the fourth.

Skyridge Head Coach Shaylee Nielsen said, “I was happy with our effort on the defensive end. We just need to make more shots. We need girls to step up and play more confidently and just finish.

“I think we were 15% on layups tonight,” she continued. “Herriman was a good test for us as they bring a lot of intensity. They just had more shooters tonight.

“Our leaders, Cambree and Teagan, always give a full effort and they get good steals and create some chaos. Donya and KJ stepped up for us tonight. Donya gave us some spark in the second half and KJ played strong throughout,” said Nielsen.

The Falcons suffered a loss against top-ranked Fremont. Skyridge outscored the visitors in the middle two quarters but couldn’t overcome the 32-14 difference in favor of the Silverwolves in the other two.

Blackham and Gotberg each finished with 12 points and Perkins scored nine with six rebounds and three steals. Blackham and Gray each tallied five boards.

The Falcon girls will begin Region 4 play on the road on Friday (Jan. 14) at Westlake. Varsity is scheduled to play at 5:15 p.m., followed by the boys varsity game at 7 p.m.