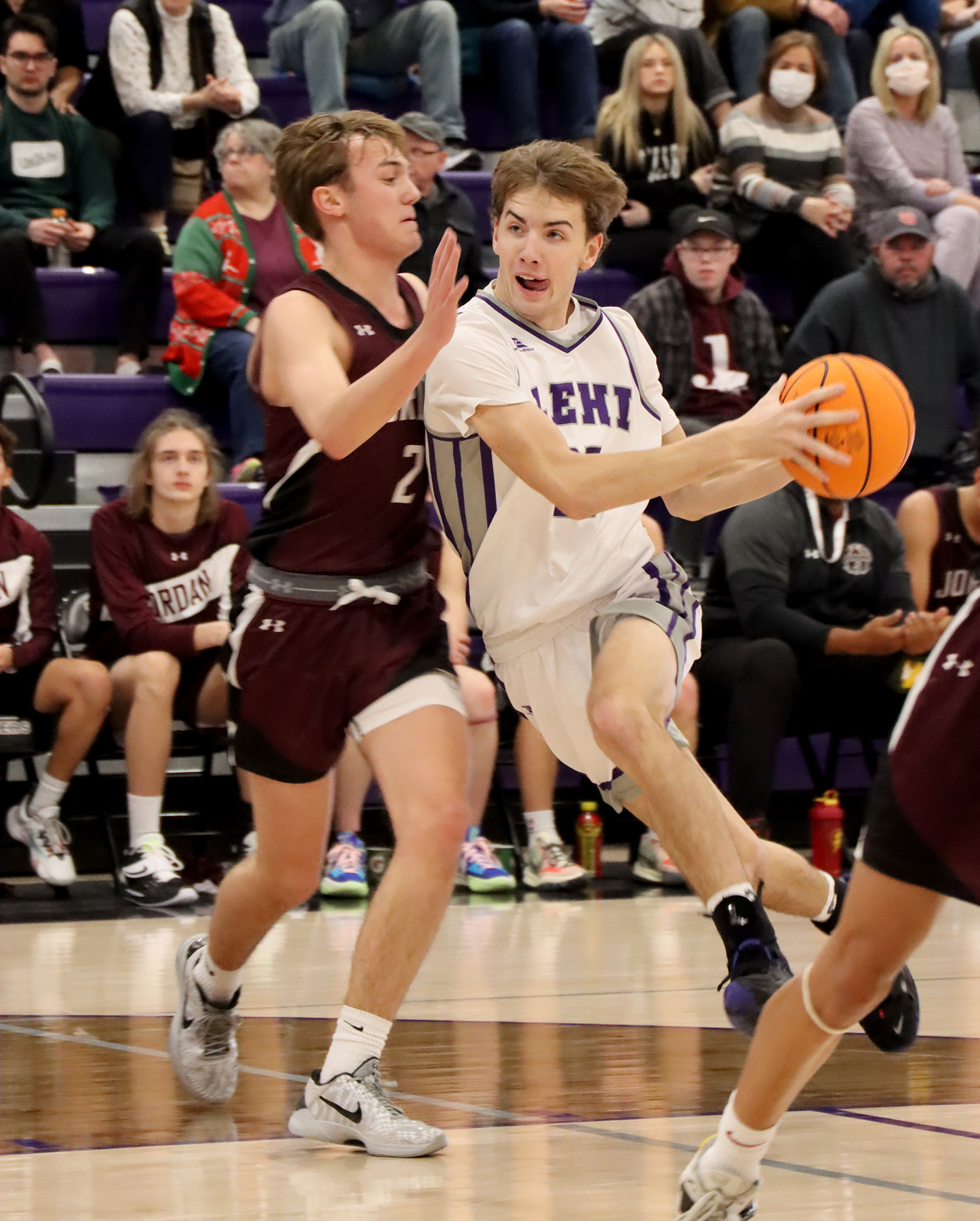 The Lehi boys basketball team earned an overwhelming victory in the Region 8 opener last week but then fell to top-ranked Orem on the road.

The Pioneers got off to a hot start and finished the first quarter ahead 17-6. They kept the heat on in the second period as well and had a commanding 37-13 advantage at the break.

The Beetdiggers played much better in the second half, dueling even in the third quarter and close to it in the final period, but the outcome was never really in doubt.

Overall, Lehi converted 59 percent of the shots from the field including 57 percent from beyond the arc. The excellent ball movement was reflected in the 21 assists on 29 field goals with just eight turnovers. The Pioneers won the rebound battle 23-17 and also combined for 10 steals.

Lehi sophomore point guard Cooper Lewis led the team with 20points, while sophomore forward Grayson Brousseau netted 17 points on 7-of-9 (78%) shooting from the floor and also had four boards and seven assists.

Junior guard Spencer Anderson was nearly as effective, going 6-of-9 (67%) from the field for 14 points along with four boards, four assists and three steals. Junior center Nixon Ruffner added seven points and junior forward Preston Varner got six quick points off the bench with a back-to-back plus a free throw.

“We brought the correct approach to this game,” said Lehi Coach Quincy Lewis. “We had a really good focus on defense and that led to open shots.

“I thought Grayson was really solid,” he continued. “He did a lot of good things, but I’m especially pleased with his seven assists and the two charges he took.

“Preston came in and gave us a good burst in the first half,” the coach went on. “He hit a couple of shots at just the right time.

“Jordan will get better as the year goes on. They have a good coach and good players,” Lewis concluded.

The Pioneers fell behind early to a tough Tiger squad and couldn’t make up the difference even though they played them within a bucket or two for the remaining three quarters.

After a poor showing at the charity stripe against Jordan, Lehi went 12-for-13 (92%) at the line in this game but were well below their averages in the other shooting categories. Impressively, the Pioneers had only one bucket without an assist in this contest.

“I thought we really battled,” Lewis said. “We hung in there for most of the game but just needed a few more shots to drop.”