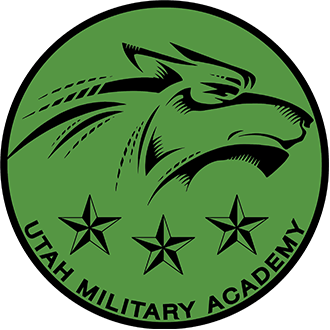 The Utah Military Academy at Camp Williams boys basketball team suffered a big loss at American Heritage on Dec. 21 but rebounded with back-to-back victories over their counterparts at Hill Field. The Marauders then lost a close contest against Freedom Prep and fell at Maeser Prep as well.

“The early losses have now started to pay off against our similarly-sized schools,” said Coach James Taylor. “They’ve been able to really start to play the way that we are teaching them and it’s starting to come together.”

He continued, “Kaiden Williams has really come on strong lately. His emergence on the boards and on the block have really opened up our offense.” Through 12 games, Williams is now averaging a near double-double of 8.5 points and 10 rebounds per contest.

“It’s been really fun to see us be able to execute our offense and play our style of defense,” Taylor added. “We are playing a unique style of defense and it is really starting to help us get to good spots offensively.”

The Marauders played the Thunderbirds at their place in the first game of the twin bill on Dec. 29. They led 14-7 at the end of the first quarter and outscored UMA-Hill Field in every period the rest of the way as well to post the comfortable 53-34 victory.

Freshman Easton Atwood led the offensive effort with 19 points and also had six rebounds and six steals. Williams came through with a double-double of 12 points and 17 boards along with three steals and two blocks. Sophomore Andre Loya netted 10 points with five rebounds and five assists.

In the return date on Jan. 3, both teams got off to a slow start. The Thunderbirds were held to single-digit scoring in every period, while UMA-Camp Williams did a little better after the first quarter and went on to win 41-24.

Atwood finished with 13 points and two blocks, while Williams added 12 points with 10 boards for another double-double and also had three assists and four steals.