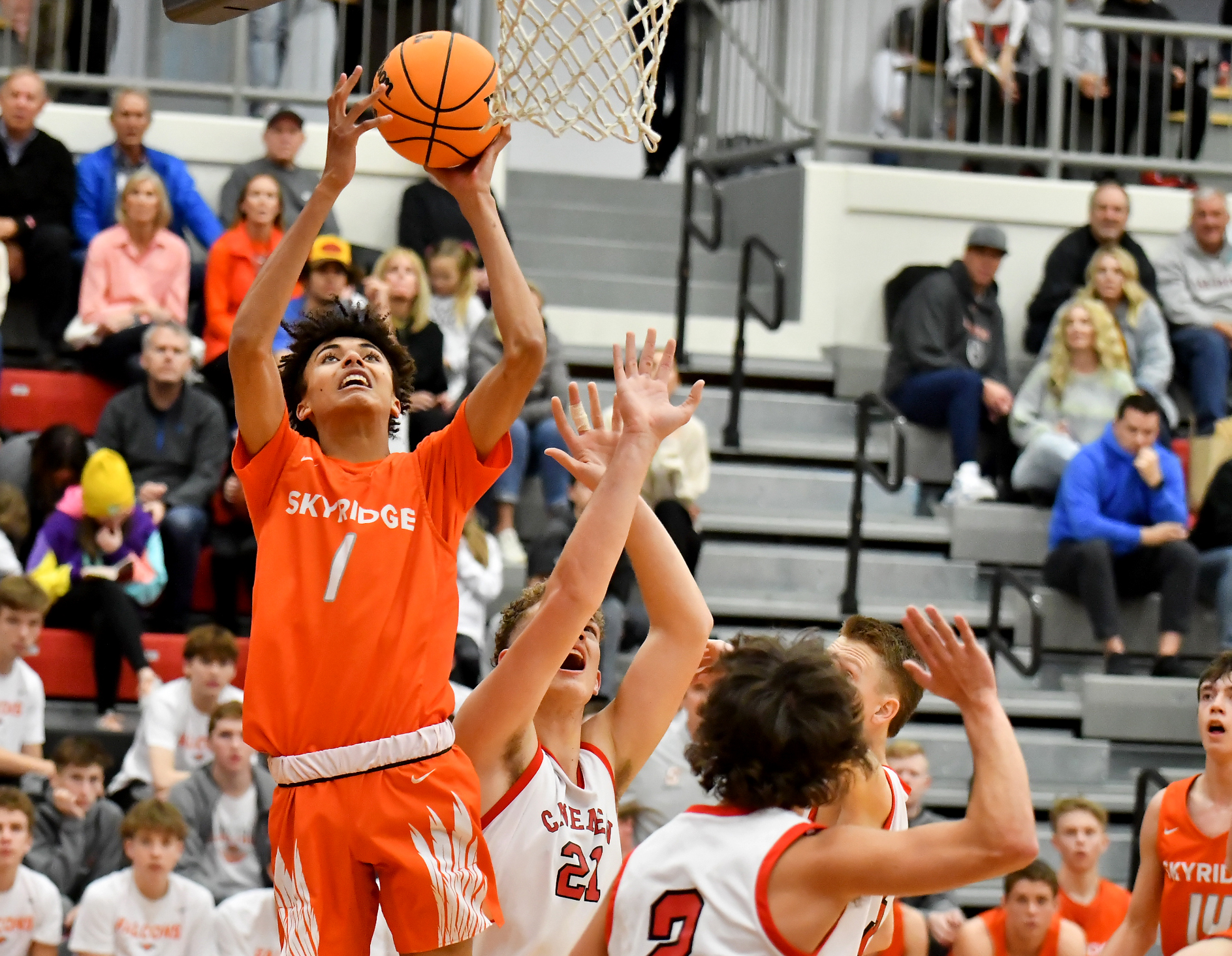 The Skyridge boys basketball team topped American Fork on the road on Friday (Jan. 7) in a Region 4 barn burner that went into overtime to determine the winner.

Trailing by as many as 13 points during the game, the Falconsshowed effort and grit to outlast a physical Caveman team with a 59-56 overtime victory.

Skyridge was unable to keep pace with American Fork during the first half and trailed 22-29 at the break. The Falcons played more even in the third quarter but still had a five-point deficit heading into the final period.

With a lot of effort and better efficiency at the free-throw line, Skyridge was able to tie the score by the end of regulation.

In the overtime, Falcon senior guard Nick Holland was the catalyst for the win. With 16 seconds remaining, he sank a pair of free throws followed by junior guard Collin Sheffield, who dropped in two more to seal the victory.

Holland finished the game with 24 points including three triples and also had four rebounds and seven assists. Senior forward Colby Carter made three treys as well in his 11 points along withfour rebounds and two assists.

The Falcons will take on the Westlake Thunder Friday (Jan. 14) on the road at 7 p.m.