Millward repeats as 6A wrestling champ 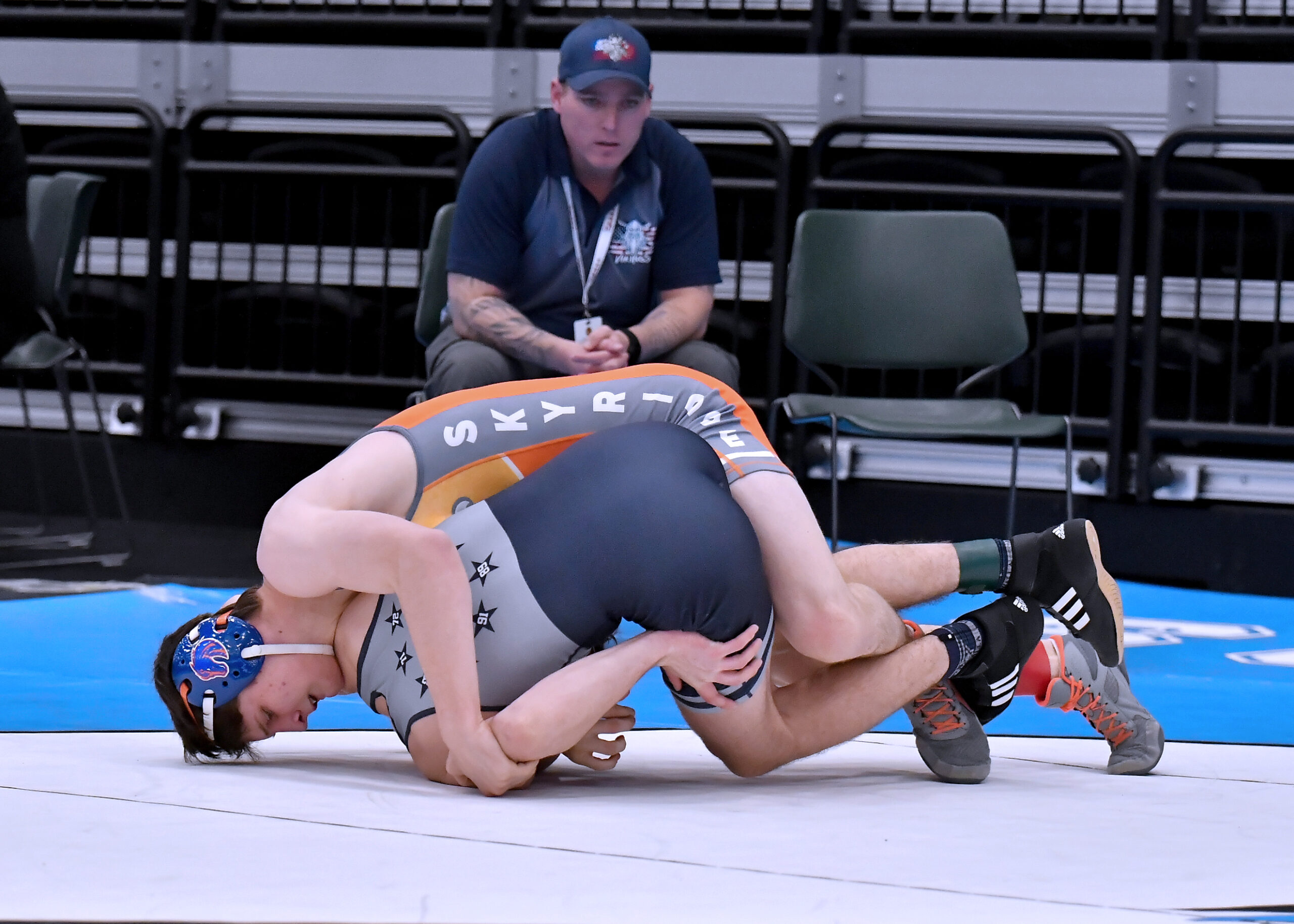 The Skyridge boys wrestling team finished ninth at the 6A boys state tournament today (Feb. 19) as senior Josh Millward claimed another individual title, this time in the 150 weight class.

Two other Falcon boys medaled in fourth place, and one Skyridge girl also earned fourth place in the girls tournament, which was conducted at the same time and place, Utah Valley University’s UCCU Center.

The boys team title went once again to Pleasant Grove with 216.5 points, but it was a much closer race than usual with Layton coming in at 207.0. The Falcons finished with 72.0 points.

Millward was the defending state champion in the 145 weight class and finished with a 40-3 record this season. Most of his victories were by fall and he won the first two state rounds that way, both of them early in the first period.

However, his remaining two bouts were more competitive. In the semifinal, he outlasted Fremont’s Corbin Platt by 13-8 decision to earn the right to contend for the bracket title.

Westlake’s Jace Brower (35-11) was his opponent in the gold-medal match. It was a tense affair from start to finish but Millward pulled out a 6-3 decision to end his prep career in style.

Senior Erol Yellowhair (32-10) lost his quarterfinal in the 106 weight class and had to work his way through the consolation bracket to reach the third-place match, where he fell once again to his quarterfinal opponent, Layton’s Cole Fenwick (39-12), by 4-0 decision to get fourth place.

In the 190 weight class, senior Matt Taylor (30-12) followed a similar path as he also was knocked into the consolation bracket after the quarterfinal and had to wrestle through three more rounds to reach the third-place match. Fremont’s Ridge Lindley (41-12) defeated him by 6-0 decision.

Falcon senior Lianny Barrena (19-6) also lost in her girls quarterfinal but earned her way back through the consolation bracket to the third-place bout. She faced quarterfinal opponent Lexus Bertagnolli (Brandon, 28-5) of Roy and lost by fall in the first period to finish fourth.