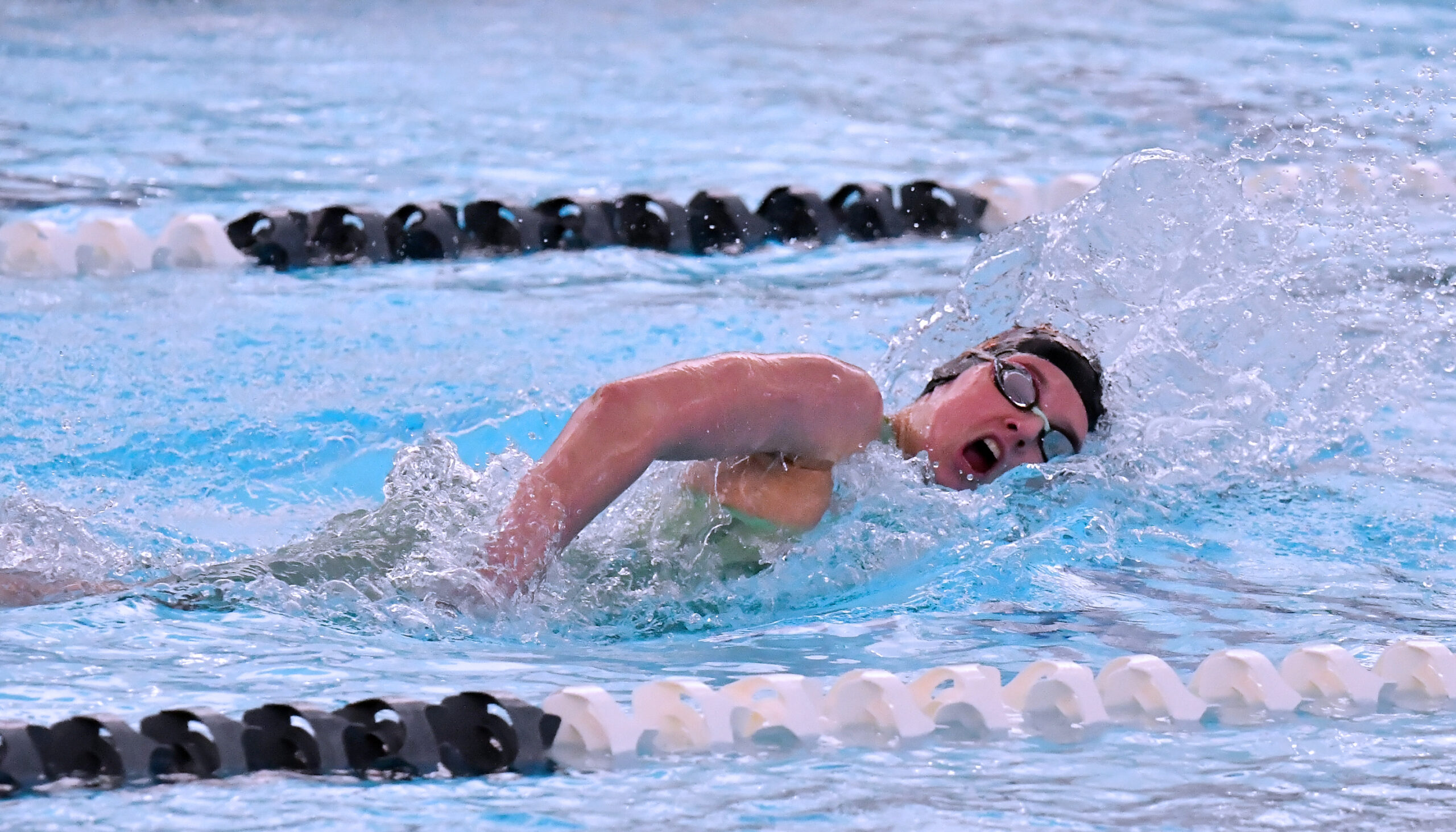 The Skyridge swim team earned sixth place in the girls events and fourth in the boys division of the 6A state championship swim meet today (Feb. 19) at BYU’s Richards Swim Center.

The competition was tighter on the boys side, where American Fork prevailed with 232 points followed by Corner Canyon at 198, West at 159 and Skyridge at 155, edging Syracuse at 154 and Hunter at 151.

Falcon senior Katelyn Andrist broke the new state record she just set at the Region 4 meet in yesterday’s preliminaries of the 500-yard freestyle event. Her new mark of 4:55.28 shaved more than five seconds off her previous time and grants her All-American consideration.

Her time in the final of 4:59.73 wasn’t quite as fast but still broke the old record and added another gold medal to her collection. It was more than 15 seconds faster than anyone else.

In her other individual event, the 200-yard freestyle, Andrist set a new 6A state mark of 1:52.24 in yesterday’s prelims. She swam a 1:53.49 in the final today, still an improvement over her seed time and more than four seconds ahead of the rest of the field for her second individual gold of the meet.

She also garnered a bronze medal in the 400-yard freestylerelay, swimming the anchor leg for teammates sophomore Dani Cannon, junior Kate Pollman and junior Kaira Willits. Their combined time of 3:47.02 was more than three seconds better than their seed time.

In her fourth event, the 200-yard medley relay, the Falcon squad was disqualified for an early start by another swimmer in the preliminaries.

Despite that, Andrist still received the Female Swimmer of the Meet award, to no one’s surprise. It was a great way to finish her prep career, but she’ll be swimming on at the U.S. Air Force Academy after graduation.

The boys captured the bronze medal in the 200 IM relay, taking nearly a second off their seed time to move up from fourth in the preliminaries with junior Spencer Stowers, sophomore Wade Ogden, sophomore Lincoln Burr and freshman Mason Hemmert.They posted a 1:40.02 in the final.

Cannon shaved nearly two seconds off her seed mark to earn silver in the 100-yard freestyle at 54:06 seconds. Hemmert earned silver in the boys race at 50.58 seconds.

Sophomore Nate Moir bettered his seed time by more than seven seconds to capture bronze in the boys 500-yard freestyle at 4:52.66, moving up from fourth in the prelims.

Millward repeats as 6A wrestling champ