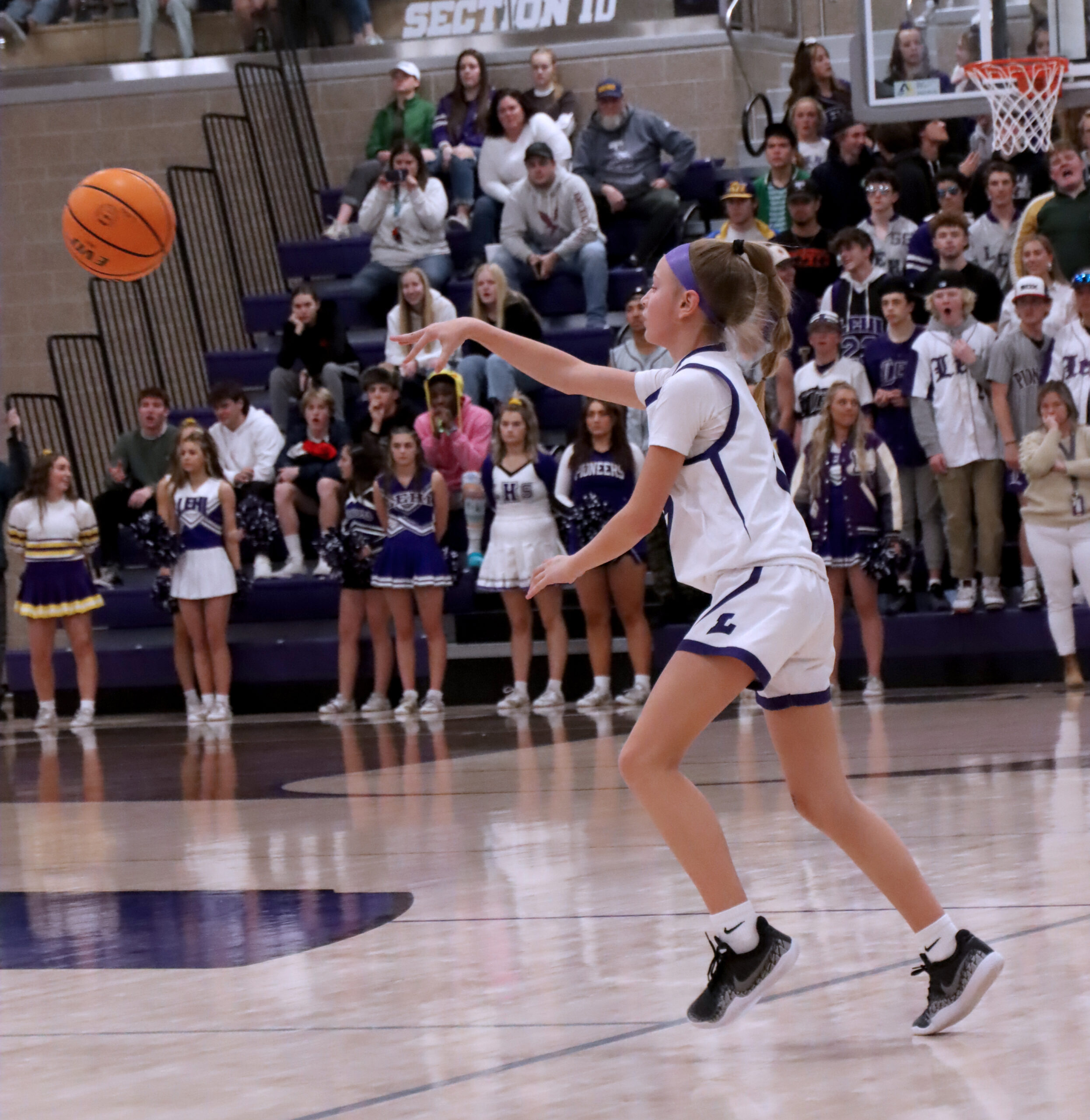 The Lehi girls basketball team continued their run in the 5A state tournament Thursday (Feb. 24) with a 47-30 win over #17Woods Cross in the second round.

As they have done in most games this season, the Pioneers got off to a fast start. Senior wing Maci Wall won the tip and sent it to senior wing Tara Smith. It ended up in the hands of senior wing Jamisyn Heaton, who came in from the baseline left and laid it in just 15 seconds into the contest.

Smith sank a trey and Heaton a long deuce before the Wildcats got anything on the board. They managed two baskets in the final two minutes of the first quarter, after which the home squad led 9-4.

Lehi continued to score freely but held Woods Cross in check the entire second period. The Wildcats hit two free throws near the close of the half to avoid being blanked for the quarter but trailed the Pioneers 25-6 heading into the locker room.

In the third period, Woods Cross finally started to hit the target and Lehi got a little careless with the ball, going nearly six minutes without scoring. These two trends combined to reduce the deficit to 11 points.

That was as close as it got. Heaton responded with a personal scoring spree and tallied seven straight points in about a minute to open up the advantage again. A triple from sophomore guard Sammi Love and a steal leading to a fast-break bucket by Wall made it 37-18 heading into the final stanza.

The Pioneers increased the defensive pressure and took a lot of time off the clock with ball handling down the stretch to close out the victory.

Heaton finished with 29 points including three triples and a perfect 6-for-6 at the line. Love added nine points and four other players each had one basket to complete the total for the evening.

“This team seems to start games really strong and build a lead,” said Lehi Coach Sean Seastrand. “I have a concern that we get a little lackadaisical sometimes after that, but I also give credit to Woods Cross for making some good adjustments.

“Our girls were able to withstand the run and it never got to the point that it felt dangerous,” he added. “I was proud of Jamisyn for taking over the game at a critical point and to all the girls for playing such good defense to keep us in it even during our dry spells on the offensive side.”