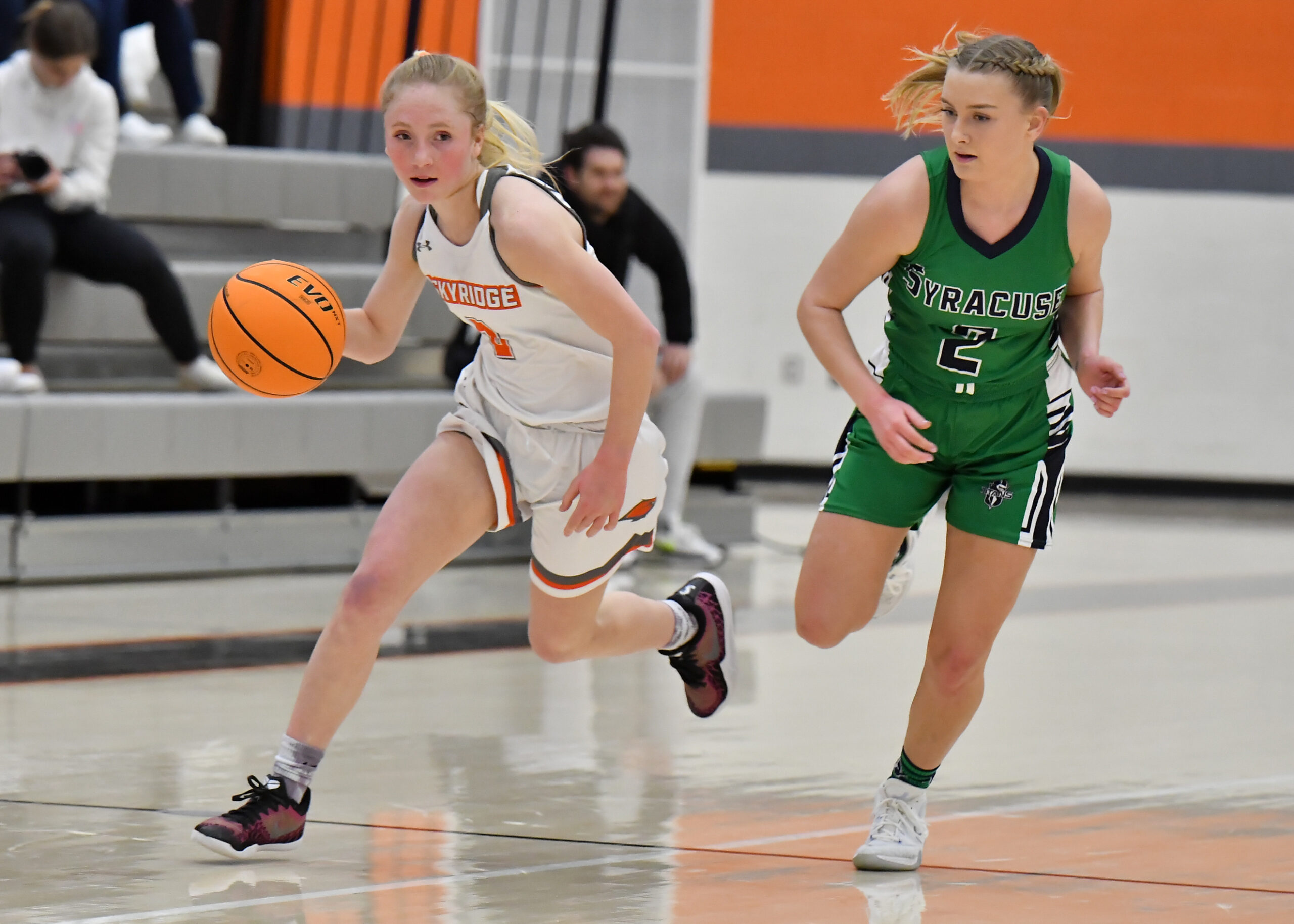 The Skyridge girls basketball team’s domineering defense overtook Syracuse as they soared to a 54-39 victory in the second round of the 6A state tournament on Thursday evening (Feb. 24).

Skyridge’s strong defensive play held the Titans to two points in the third quarter as the Falcon offense found the basket with 15 points.

“Our defense is our backbone,” said Skyridge Coach Shaylee Nielsen. “We were able to hold them to two points in the third and that is an amazing effort. Syracuse is a good team with some really good shooters.

“We worked to keep them at bay and kept them rushed,” the coach continued. “We pressured their guards so Syracuse shooter Gracie Sorenson couldn’t get inside. It was a big defensive effort tonight.”

Skyridge started both halves with big runs as the Falcons raced to a 20-9 lead in the first quarter. The Titans were able to reduce the deficit by four points in the second period, but after the break that third quarter spurt effectively put the game away.

“Our offense really played strong tonight,” Nielsen said. “At practice we worked on the girls trusting in their abilities and trusting in themselves. It was that mental toughness tonight that made a difference, as they came in and executed.

“Our guards hit shots they haven’t been hitting and KJ hit the shots we needed her to hit and opened up the zone. They executed well, they attacked gaps and got the ball moving. They played confident tonight,” the coach concluded.

The win for #8 Skyridge (15-7) sends the Falcons to the 6A quarterfinals on Tuesday (Mar. 1) at the University of Utah’s Huntsman Center at 7:30 p.m. as they take on #1 Lone Peak (20-0). This will be the third quarterfinal appearance for the Lady Falcons in the 6A classification.