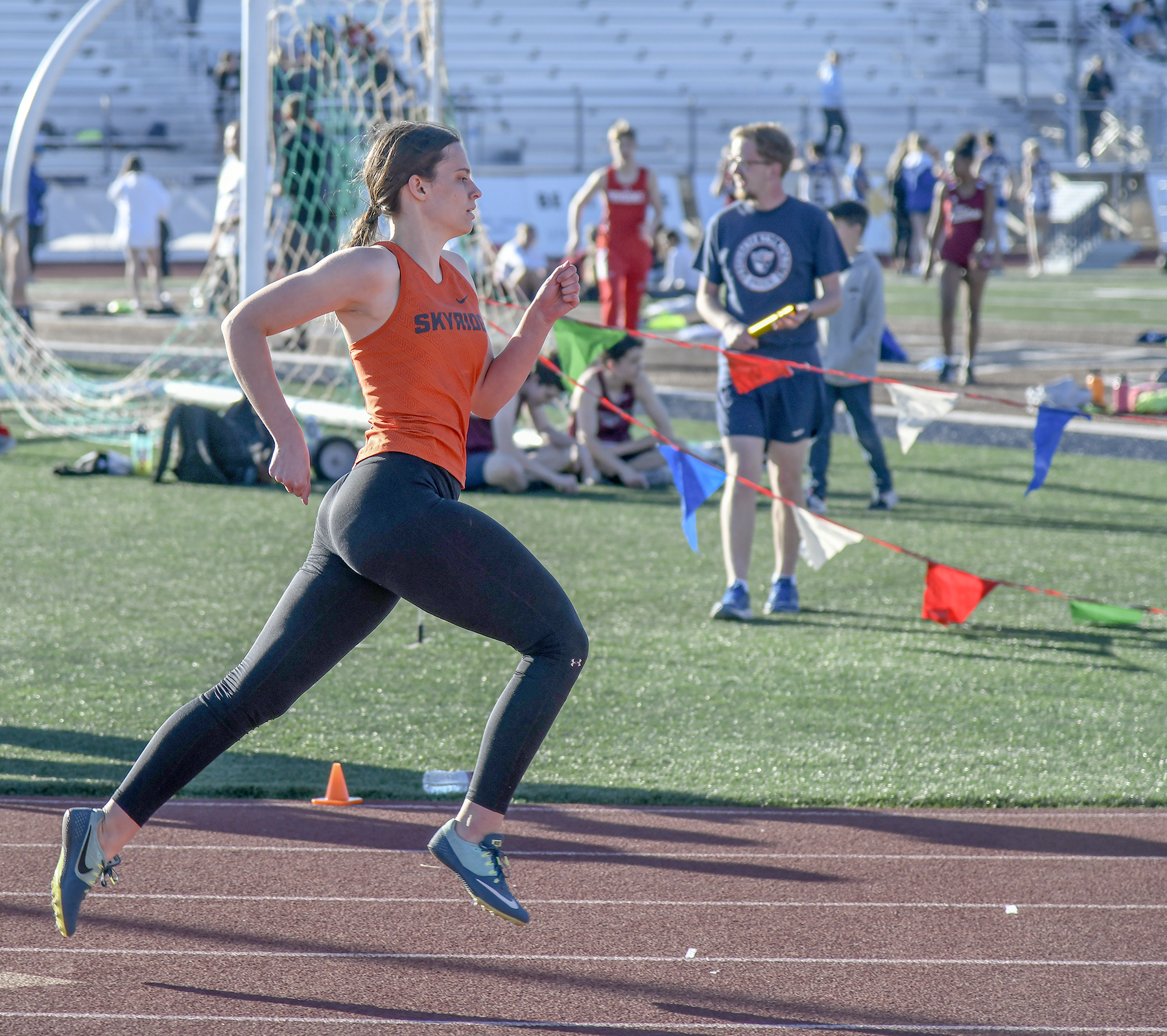 The Skyridge track and field team finished eighth in both the girls and boys divisions at the 32-team Snow CanyonInvitational in St. George on March 11-12. The Warriors won the combined meet, followed by Bingham and Box Elder.

In addition, although the team from Lehi High School did not participate in this meet, the Pioneers were represented by a pair of throwers. Senior Teague Andersen earned gold in the discus (160-04.50) and shot put (53-03.50), while senior Carter Clifton took silver in the latter event.

Here’s a summary of those earning points for the Falcons at this competition.

Junior Halle Mehr was seventh in the girls 1600-meter race and took bronze in the 800m, while senior Seth Walgren earned the silver medal in the boys 3200m. The Skyridge boys were seventh the 4x800m relay, with junior Jayden Gibson third and senior Seth Kjar eighth in the boys 800m individual race.

In the girls 100m hurdles, junior Mia Kauffman was seventh and senior Marie Alaimo finished eighth. In the boys event, senior Nathan Athay came in sixth. Kauffman later got the bronze in the 300m hurdles.

Junior Smith Snowden captured silver in the 100m and 200m boys events. Senior Rachel Foster crossed in sixth place for the 400m and helped her team earn the gold medal (4:08.85) in the 4×400 relay.