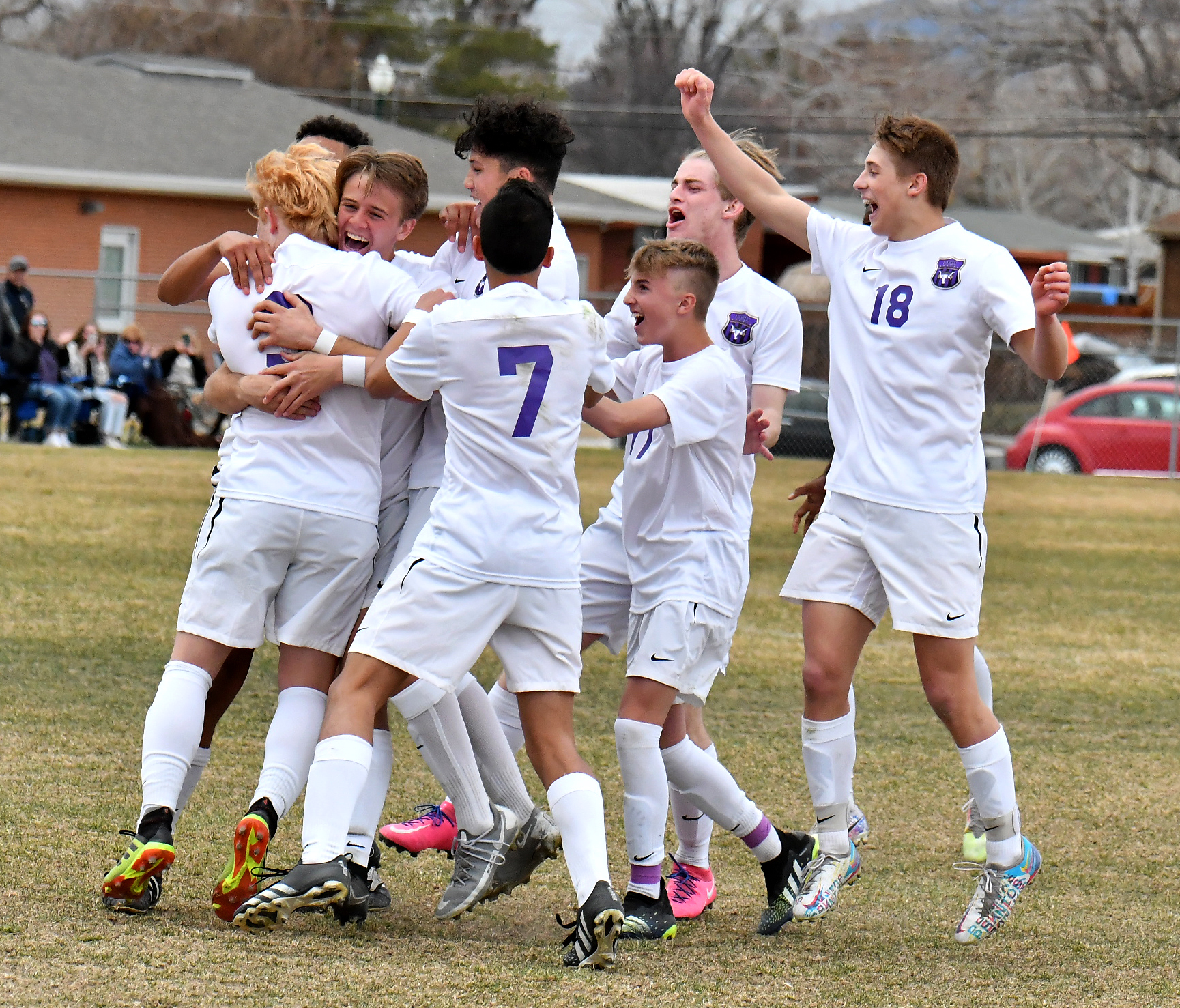 The Lehi boys soccer team went 2-1 in non-region games and won the first Region 8 contest in the past two weeks to begin the spring campaign.

The Pioneers gave up a pair of goals to the Bulldogs in the first half and the lead was never threatened as Provo added three more scores in the second period and Lehi was only able to match two of those playing on the road.

Freshman midfielder Gavin Fenn scored one goal for the visitors with a penalty kick and junior forward Nate Shepherd notched the other. Junior Corbin Torkornoo made an assist. Sophomore Kaleb Cowley and junior Ian Seitzinger split time between the posts.

The Pioneers bounced back with a nice win at home, but it took a while. After the Falcons took a 1-0 lead into the break, Lehi shut them out the rest of the way and found the net three times to pocket the first victory of the season.

Sophomore forward Yo Aitken led the effort with a goal and an assist in the contest. Fenn scored as well and junior midfielder Luke Heath also hit the target for the home squad. Senior forward Christian Jones and Shepherd provided the assists and Cowley protected the target most of the way.

The Pioneers pulled out a dramatic victory on the seventh penalty kick of a shootout at Orem to start Region 8 play. Bothteams boarded one goal in each half to leave things tied up at 2-2 at the end of regulation.

Torkornoo headed the ball into the net to equalize the score and bring on the two overtime periods. Aitken notched the first goalwhile Jones and Heath had assists for Lehi under the standard clock. Junior defender Cade Preston got the game winner during the sudden-death phase of the shootout

After the scare earlier in the week, the Pioneers worked hard for a while but ended up with a comfortable win despite the long road trip. They had a 2-1advantage after the first period butadded three unanswered scores in the second half.

Shepherd tallied a hat trick in the game, while the other goals were made by Vargas and Fenn and assists were provided by Jones, Marsing and heath. Cowley and Seitzinger again shared netminding duties and combined for 10 saves.