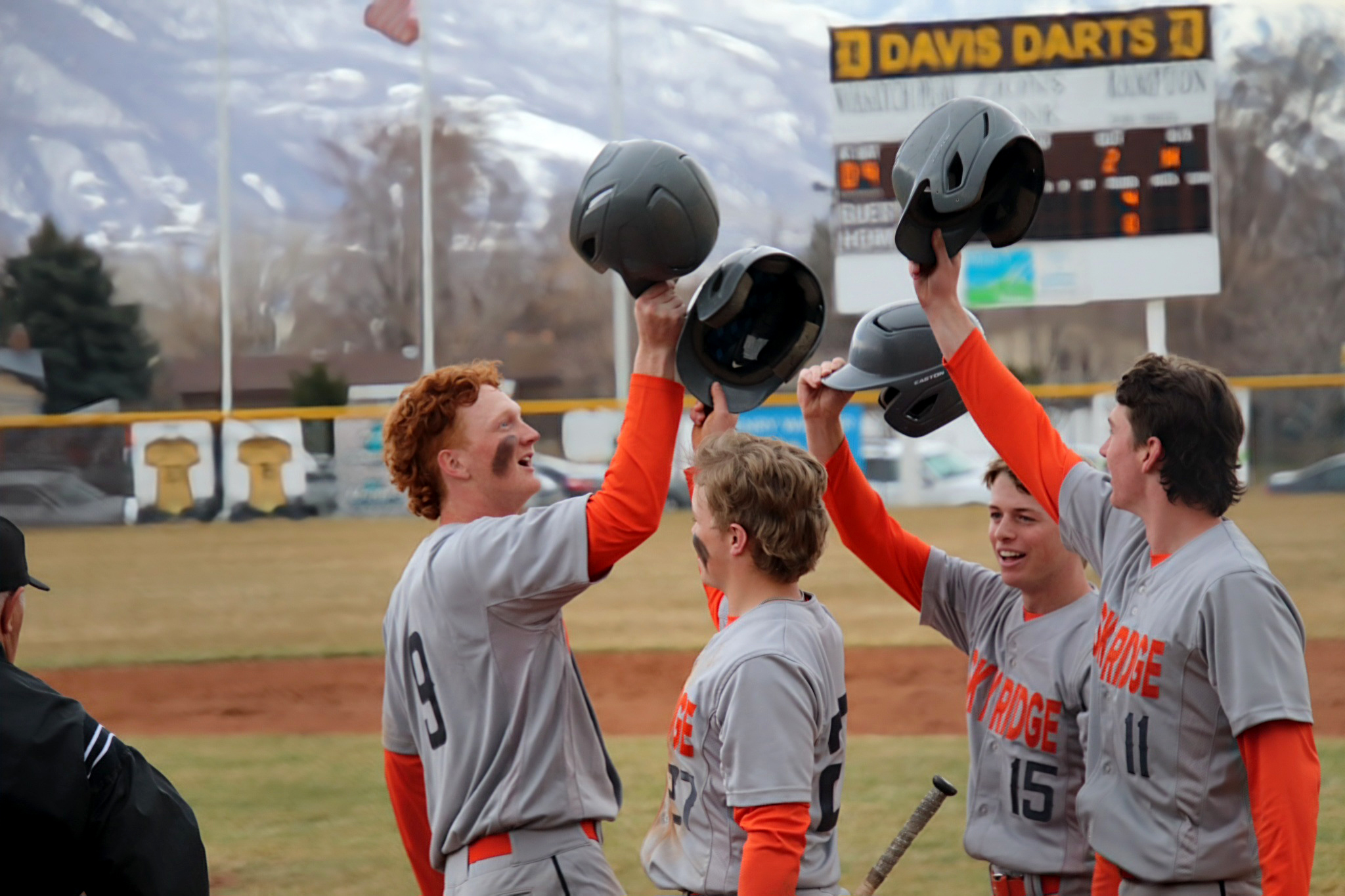 The Falcons gave up one run on a sacrifice fly in the bottom of the first inning. They finally got their offense rolling with a leadoff double by sophomore Ike Pickle in the top of the third. Two batters later, junior Tyler Ball homered to give Skyridge a2-1 advantage.

Sophomore Isaac Johanson scored later in the inning on a sacrifice fly by senior Stockton Salcido to make it 3-1 for the visitors. In the top of the fourth, junior Dalton Young added a two-run homer to complete the tally. Pickle crossed the plate on the home run after reaching base on a fielder’s choice.

Late in the seventh inning, the Silverwolves boarded a two-run long shot but the Falcons held on for the win.

Starting pitcher Ball was the winner, going 6 and 1/3 innings. He gave up five hits with three runs and seven strikeouts. Senior Nick Holland came in to close the game and struck out two to get the save.

The teams played through three scoreless innings at the outset. Salcido hit a solo home run in the top of the fourth to break the deadlock and get the Falcons on the board.

Senior Mace Moen then walked, Holland singled aboard, and Ball was intentionally walked to load the bases. Senior Seth Norton emptied them with a grand slam to push the Skyridge margin to 5-0.

The Falcons added one run apiece in the fifth and sixth while giving up single runs to their hosts in the fourth, fifth and seventh.

The team boarded 11 hits total with Norton and Holland each going 3-for-4 with two stolen bases and Salcido notching a pair of hits as well. Moen also stole successfully twice.

Senior Colby Carter pitched four innings and got the win. He gave up three hits and one run with four strikeouts and a walk.

Senior Matt Houseman threw one inning in relief with three hits, two runs and one strikeout, while

Holland threw the other two, fanning four and yielding just one hit and one run.