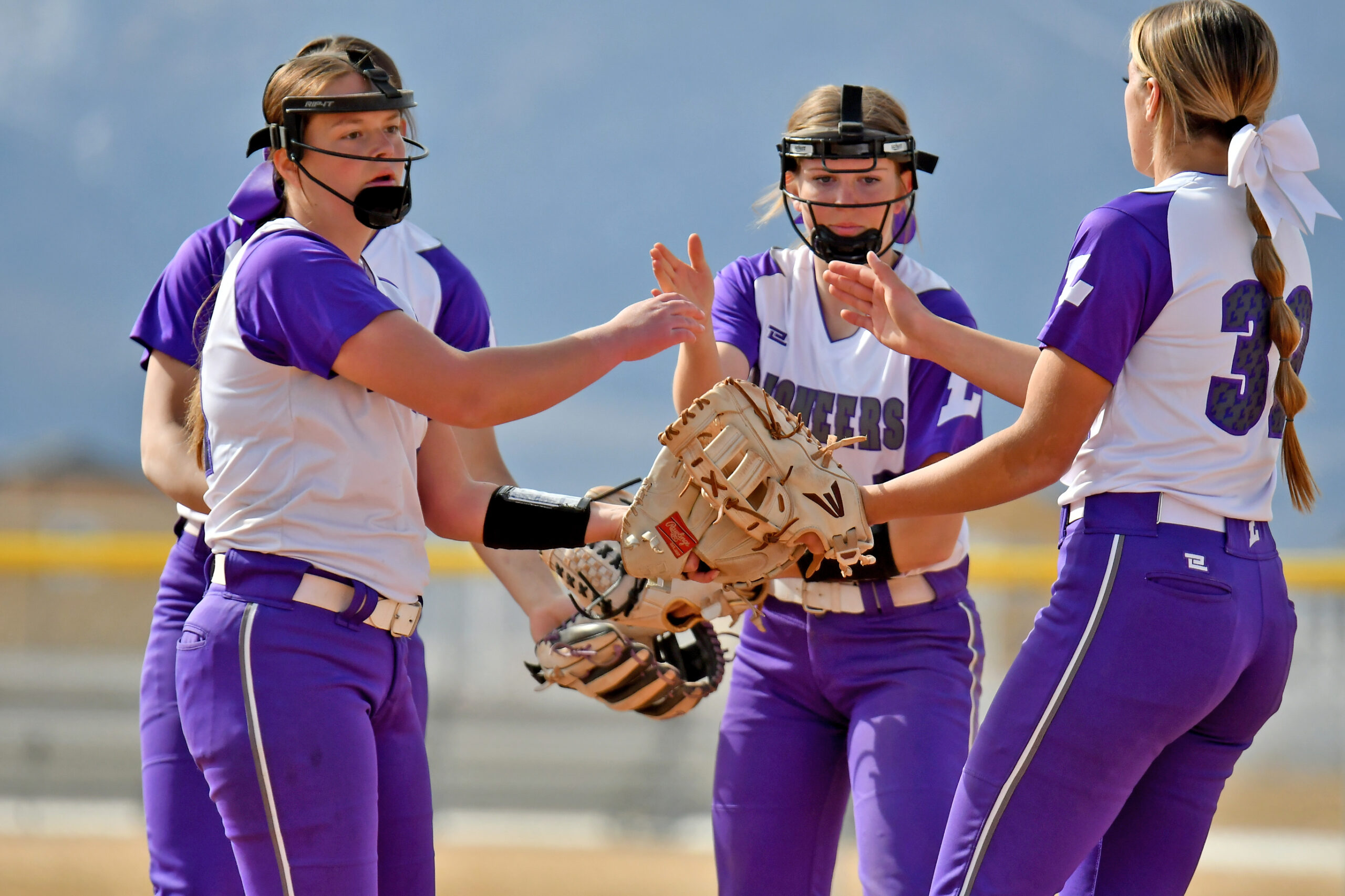 The Lehi softball team started the season with a win at home and then went 2-4 at a Las Vegas tournament before splitting back-to-back road games in the past two weeks. Four of the losses were by two runs or less.

The Pioneers had only three hits in this game but also drew seven walks. They moved ahead initially with one run in the second and two more in the third, but the Templars matched that with three runs in the top of the fourth. Lehi got one more score in the bottom half and held the line after that.

Senior Kenadee Beck smacked a two-run double and later scored to help lift her team to the win. Senior Maci Wall and freshman Sophie Bliss had the other hits and Wall, sophomore Madison Salisbury and senior Laynee Carter produced the other runs.

Senior Grace Humes went the distance in the circle, striking out 10 while giving up three hits and two walks.

The Pioneers were up 3-1 entering the top of the fifth inning, but then they got rocked for nine runs and their own rally in the bottom half of the inning fell one run short.

Senior Jamisyn Heaton had two hits, two RBI and a run scored to lead the effort. Salisbury and junior Paige Nielson each had two hits and two runs, while Nielson and Wall each had an RBI.Sophomore Emerson Fuller took the loss.

It was a low-scoring duel in the desert for this one, with both teams committing multiple errors. Humes scattered six hits and struck out 12 against two walks but the Pioneers couldn’t generate enough offense to back her up.

Bliss had two hits including a double and scored the only run for her team. Salisbury, Wall, Humes and Heaton all had singles in the contest.

Fuller had a decent outing against the powerful Gaels, but the Pioneers couldn’t string enough offense together to produce any runs. Wall was 3-for-3 while Beck and Heaton had the other two hits for Lehi.

The Lions didn’t have much to show for their 11 hits as they got just one run in the first and one in the sixth, but that was enough to overcome a tough night at the plate for the Pioneers. Bliss and Wall had the only hits for Lehi.

The Pioneers were able to get their bats going against the Trailblazers as they cranked out 15 hits including six for extra bases. Fuller got the win with eight strikeouts and a single walk.

Carter and Salisbury each had two hits and a run, junior Katie Wilcox made an RBI single, junior Hailey Payne had two hits and an RBI, Heaton singled and so did senior Harmony Shoda.Senior Brooklyn Wiltbank and freshman Kanani Ha’unga also scored runs.

The Pioneers kept it going with 13 hits against the Mountain Lions. They were trailing 2-5 entering the bottom of the fourth inning but managed to send six runners across during that batting turn and gave up just a single run the rest of the way. Humes earned the win.

Wall went 3-for-3 including a home run with three RBI and the run scored. Bliss also homered going 3-for-4 with an RBI and scoring twice herself. Salisbury was 2-for-3 with two runs scored and Beck went 2-for-3 as well. Junior Preslee Nielson added a 2-RBI single and later came across herself.

In the Region 8 opener, the Pioneers gave up two runs in the first inning on the road, but then scored one in the second, three each in the third and fourth and four in the fifth to tally more than enough to get the victory for Humes, who fanned nine and walked three in the contest.

The Pioneers generated plenty of offense against the Aviators with 18 hits and 13 runs, but they also weren’t able to contain Cedar Valley, which had fewer hits but ended up with more runs. Three pitchers made appearances but Fuller took the loss.

Beck had a fantastic outing at the plate, going 4-for-4 including a double and home run with four RBI and four runs scored.

Bliss was 4-for-5 with a pair of doubles, an RBI and two runs, while Salisbury was 3-for-5 with two doubles, two RBI and a run scored. Wiltbank singled twice for two RBI and also made a run of her own.