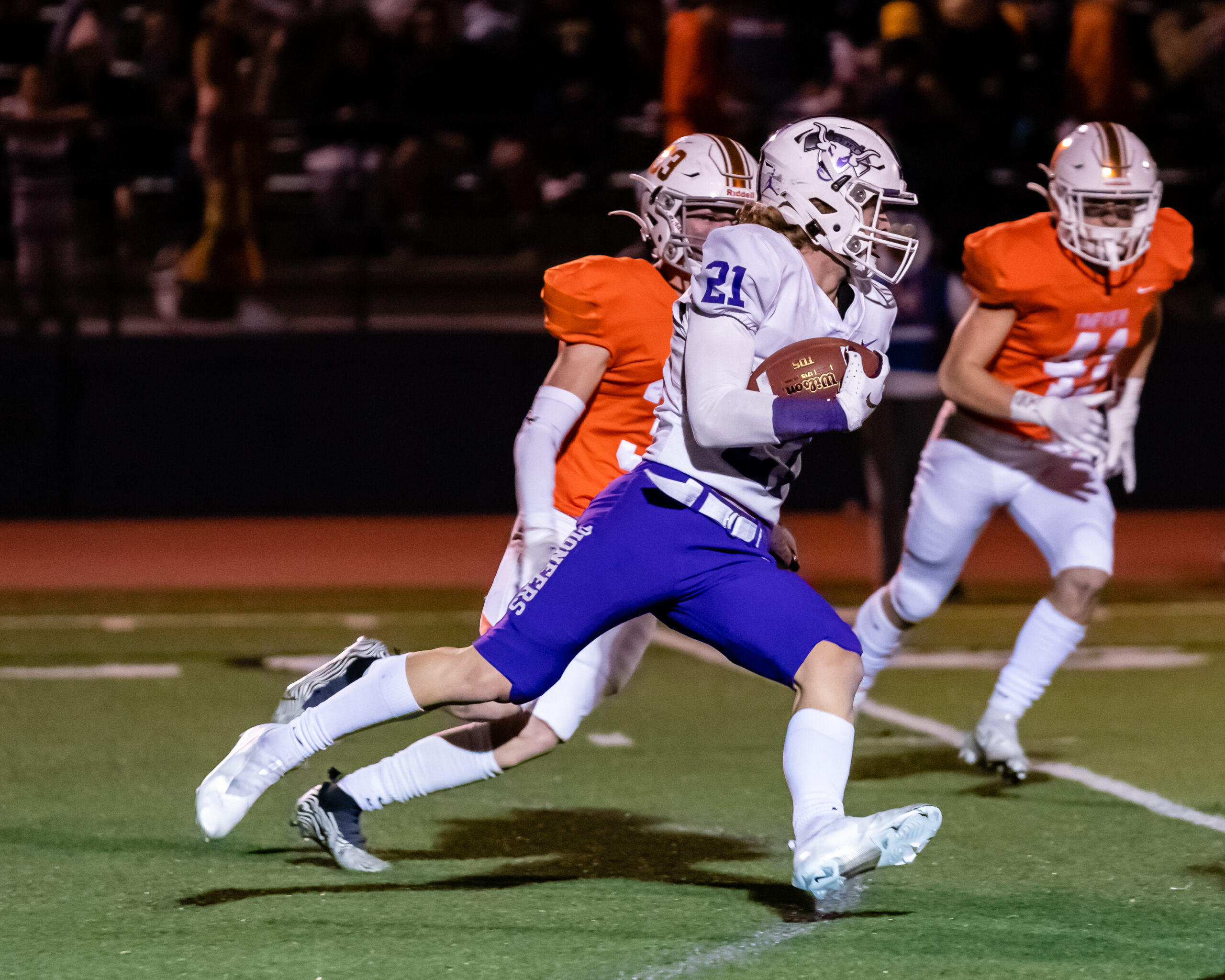 Kadiyon Sweat (Jr. Lehi): The do-everything man for the Pioneers. Led the nation in return yards on MaxPreps with 1,211, 23% more than the next closest player. Averaged 16.2 yards per catch and had three touchdowns receiving, one rushing and one throwing. On defense, tallied 73 total tackles including 20 solo, plus made nine interceptions and 10 deflections. Averaged 106 all-purpose yards per contest even though most of his opponents game-planned for him. Whatever the X-factor is in football, this young man has it.

Steele Cooper (Sr. Lehi): Dependable wide receiver averaged 18.6 yards per catch when able to play. Broke his clavicle partway through the season but was cleared to take the field again two days before the state final and had a big touchdown catch in the championship game.

TE: Teagan Calton (Sr. Skyridge) – Great blocker in the run game and tough for opponents to handle, had 39 catches for 641yards, 5 TDs.

OL: Teague Andersen (Sr. Lehi) – The best offensive lineman for the Pioneers and the leader of that group, he helped protect the passer.

OL: Tapuvae Amaama (Sr. Skyridge) – Multi-year starter and leader of the offensive line, he was the highest graded at his position.