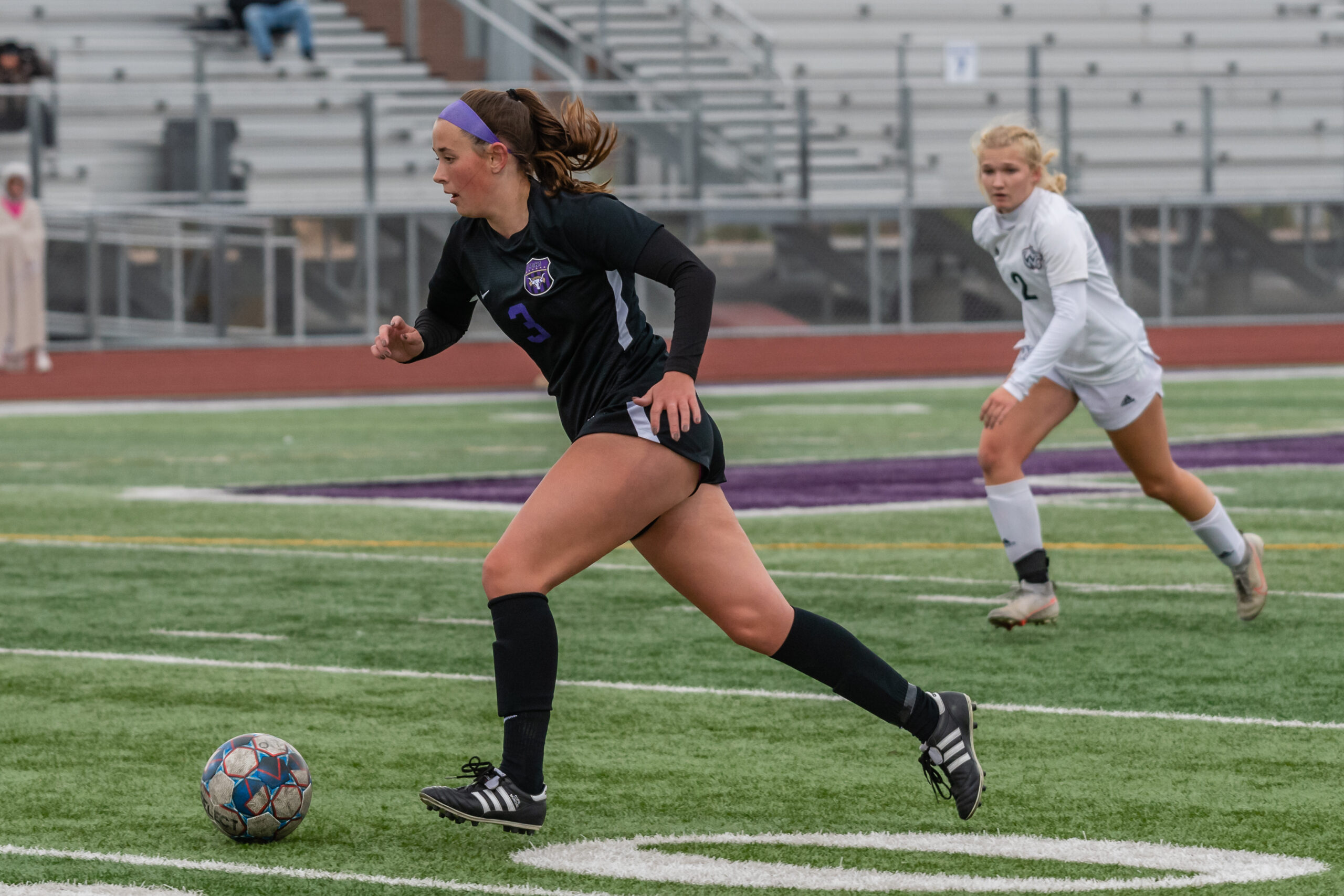 Ally Dahl (Sr. Lehi): Midfielder scored 10 goals and five assists for 25 offensive points to help the Pioneers finish second in Class 5A. According to Coach Tim Graham, the four-year starter “truly bleeds purple.” Dahl graduated early and is now suiting up for the Dixie State Trailblazers.

Calista Wren (Sr. Lehi):  Another scoring midfielder with six goals and four assists, Graham said, “She truly was our inspirational leader. She was our hype man and always believed in everyone and their ability. She never doubted her teammates. She made others better.” Headed to SLCC.

Kalena Bellini (Fr. Skyridge): Newcomer was top contributor on a high-scoring team with 22 points from 10 goals and two assists.

Emily Auman (Sr. Skyridge): A relentless player with a big-time soccer IQ and major technical ability. Moving on to SLCC.

Erin Dahl (So. Lehi): Hard-working ball hound who helped channel the action in the middle. Scored two goals and made three assists.

Adysen Miller (Sr. Lehi): Her calm demeanor and ability to adapt has been a major part of her team’s success over the last four years.

Alexa Balls (Sr. Skyrdige): Anchored a stingy defense that helped carry the Falcons all the way to the state championship contest.

Hadlie Bullock (Sr. Skyridge): Rock solid on the back line, she added a goal and four assists to her defensive contributions.

Hayley Ogden (Jr. Lehi): Experienced netminder continues to get better. Nine shutouts with five times as many saves as goals given up.