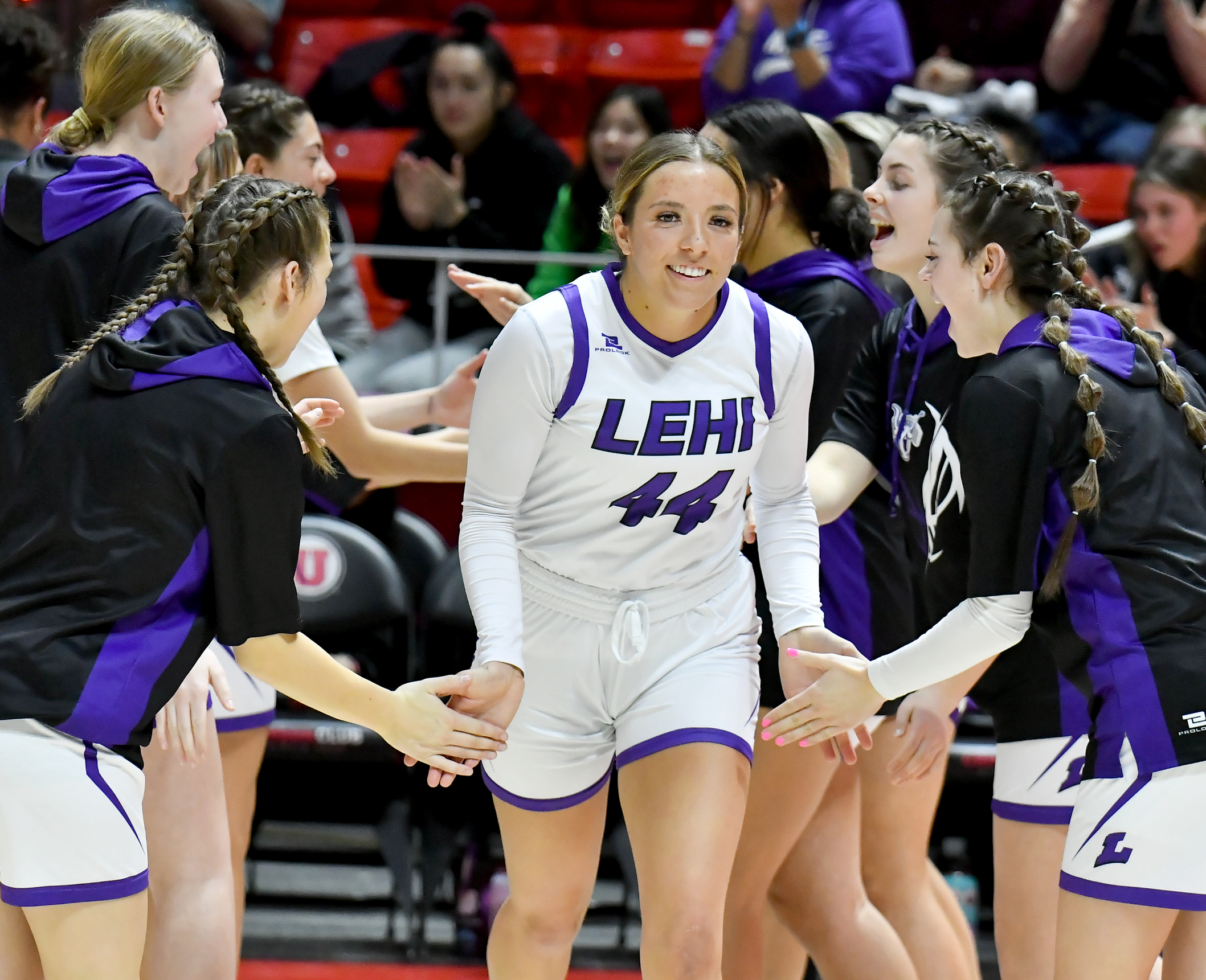 Jamisyn Heaton (Sr. Lehi): She did it all for the Pioneers this year. Averaged 16.6 points, 6.1 rebounds, 2.3 assists and 1.8 steals per game and was a feared opponent on both ends of the floor. “Not only was she our statistical leader in lots of categories, but she was our emotional leader as well,” said Pioneer Coach Sean Seastrand. “She had an incredible season as both a player and a leader.” Moving on to Colorado Mesa University in Grand Junction.

Teagan Gray (Sr. Skyridge): “Teagan has been in the Skyridge basketball program since the seventh grade, which is pretty cool because no one else has done that,” said Coach Shaylee Nielsen.“She has been a 4-year varsity contributor and her presence will be greatly missed. She has been a huge inspiration in our program of what a Skyridge basketball player should be. No one plays harder than Teagan or with more heart.” Averaged 6.8 points.

Shae Toole (So. Skyridge): Averaged 5.7 points plus a team-high 4.0 rebounds and also made 45 steals.