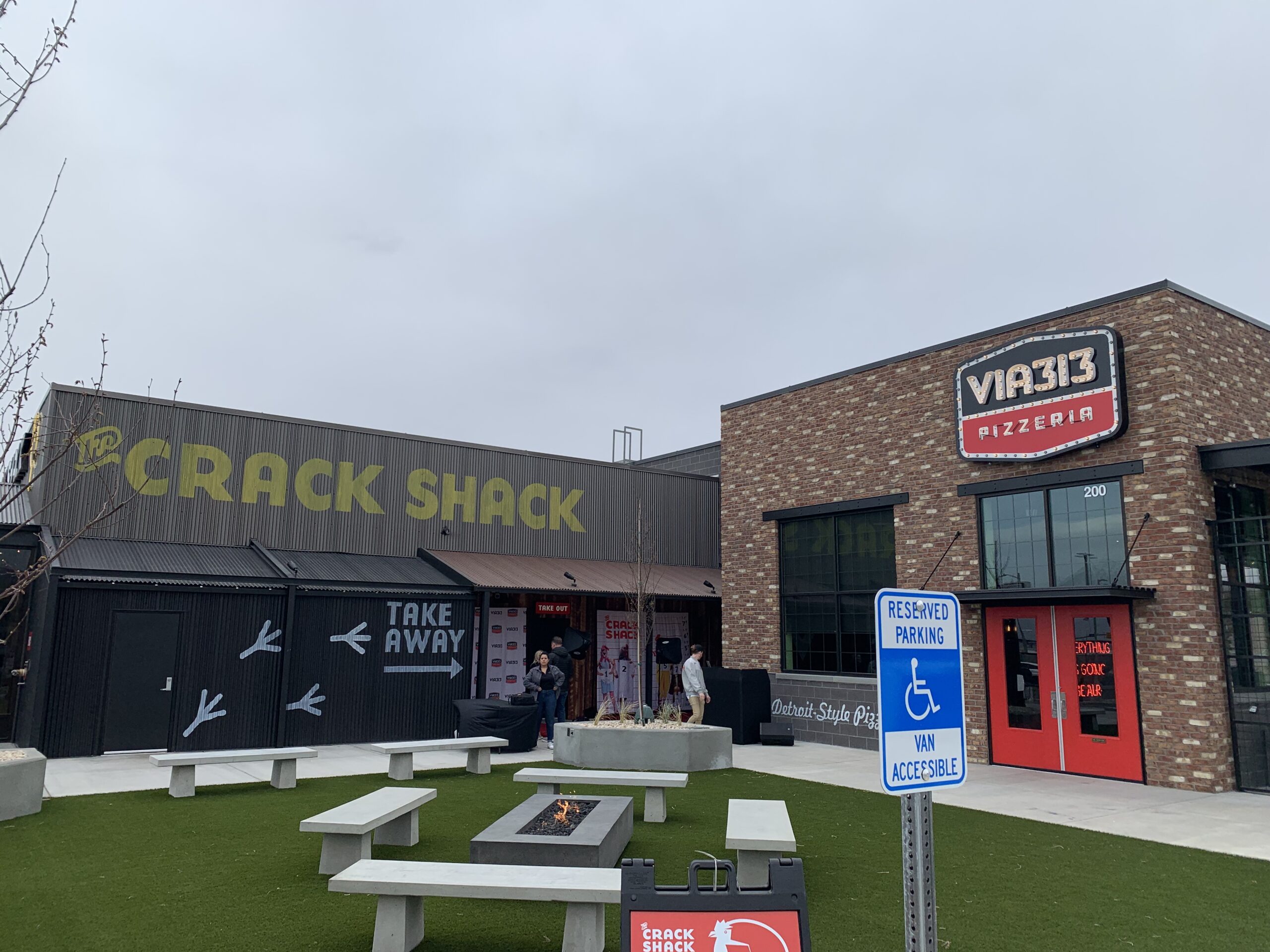 The food scene in Lehi is getting an upgrade with the Grand Opening of The Crack Shack and Via 313 on Thursday, April 21. Lehi’s newest restaurants share a building right off the freeway at 1085 E Main Street.

The Crack Shack is the second Utah location and is similar to its first Utah location in Salt Lake City’s 9th & 9th neighborhood. The 3100-square-foot Lehi location will feature its iconic chicken artwork, a pet-friendly patio with views of the mountains and a full bar featuring local craft beer, craft cocktails and wine.

The Crack Shack originally started in 2015 as a humble, open-air chicken spot in San Diego’s Little Italy. The chain has now transformed itself into six, now seven with the Lehi opening, casual eateries, earning the title of one of the best fried chicken restaurants in the US according to thrillist.com.

“The customer response to The Crack Shack in Salt Lake City has been better than we could have ever imagined. People really do love their fried chicken,” said Andrew Shrader, regional chef for The Crack Shack Utah. “I am so excited for our team to bring the same attention to detail, in our ingredients and service, to the Lehi location and we look forward to continuing to build upon our relationships with our local farmers, bakers, vendors, non-profit organizations and community partners.”

The Crack Shack menu features several chicken sandwiches like the most popular “Coop Deville” with a fried chicken breast, pickled Fresno chilies, pickles, lime mayo and napa cabbage on a brioche bun. For the spicy crowd, try the “Firebird” with a spicy fried thigh, cool ranch, crispy onions, and pickles on a potato roll.

On the other side of the building is Via 313. The new pizzeria is also the second Utah location after the chain’s first Utah store opened in Orem in the fall of 2021. Via 313 specializes in a unique deep-dish square Detroit-style pizza. The chain was founded by two brothers in Austin, Texas in 2011 and has grown to now eight locations with the new Lehi storefront.

The pizzeria prides itself in offering something for everyone, from Via’s most popular pepperoni pizza, The Detroiter, to The Cadillac, which features gorgonzola, fig preserves, prosciutto di Parma, Parmesan and balsamic glaze. Via 313 also adheres to a variety of lifestyles and dietary restrictions with vegan or vegetarian options like The Herbivore, The Four Cheese Pizza and The Marinara, or guests may substitute gluten-free crust or dairy-free cheese on their pizza of choice.

“We couldn’t be more excited to open our second location in Utah,” Co-founder Brandon Hunt said. “We received an overwhelmingly positive response from our Utah debut in Orem, so we’re confident Via 313 will quickly become the go-to destination for genuine Detroit-style pizza in Lehi. There’s nothing quite like our unique offerings and incredible pizza experience in the area, so we look forward to further establishing our presence across this great state.”

Along with their Detroit-style offerings, the Via 313 menu includes traditional pizza, a cheese bread appetizer, salad selections and cinnamon sticks for dessert.

The new Lehi Crack Shack and Via 313 location offer guests a hang-out vibe not currently found in town. Patrons can play corn-hole, sit outside on the numerous patios, lounge at the outside fire pit or enjoy the music scene throughout the property.