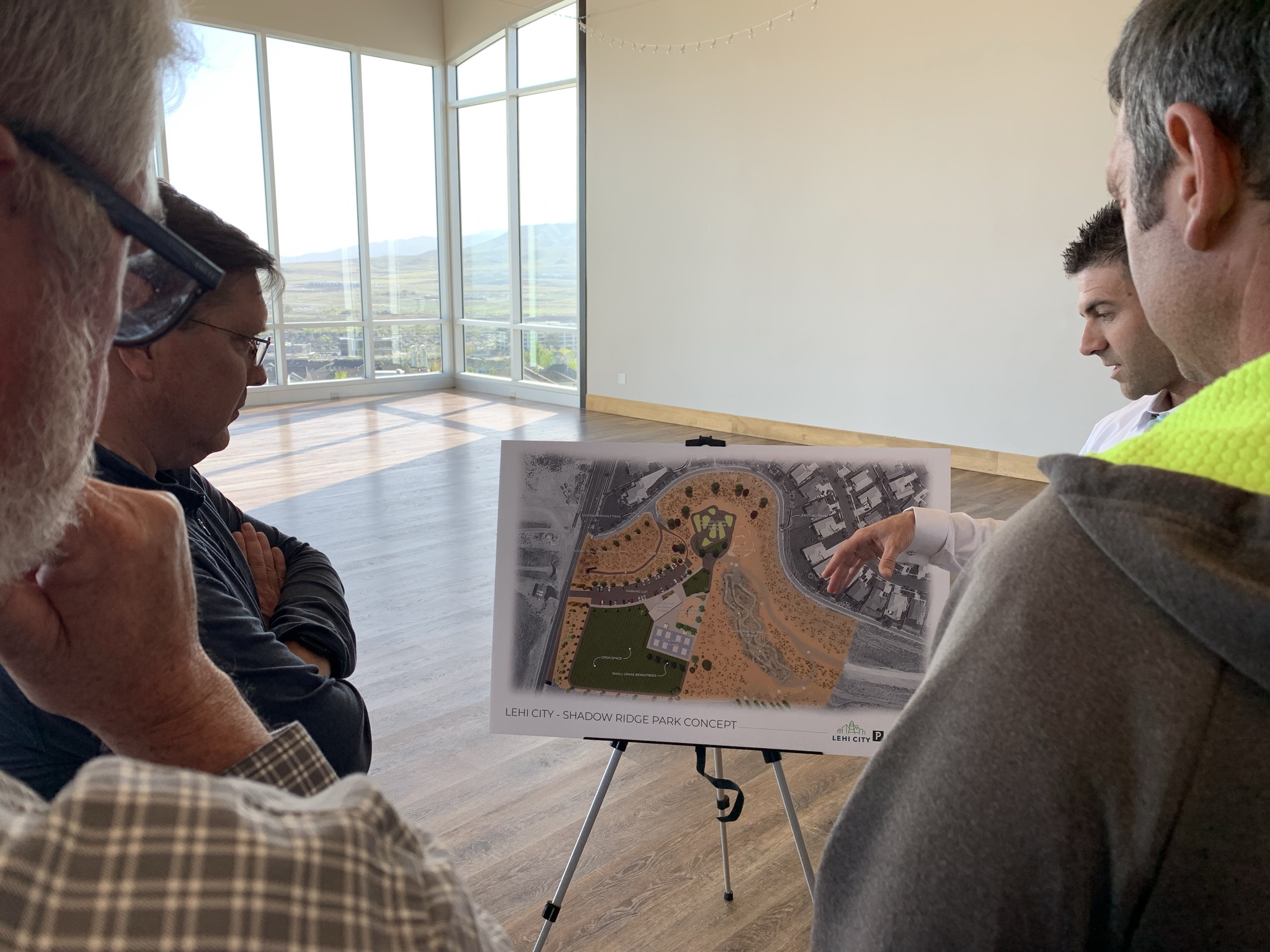 Overall feedback from residents was positive during the open house. Many neighbors in attendance expressed excitement for plans coming to fruition on the vacant parcel.

“This is great. We’re so excited to see something go here. When will it be done?” asked one resident.

“We are early in the process and will continue to get resident feedback while we go through the approval and bidding process and then hopefully start around the end of Summer,”responded Trent Dyer, a Lehi Parks Department representative.

Resident feedback on EngageLehi.org has also been mostly positive with residents sharing their approval for the biking features planned for the park.

“We love to see a pump track at the park,” said one resident on the City’s website.

“The pump track is a really cool idea,” wrote another excited commentator.

“I love all of the bike aspects of this park. I think it will be well used and loved,” said another resident who offered feedback.

The park will be funded through Traverse Mountain building impact fees and is projected to be complete at the end of 2023.