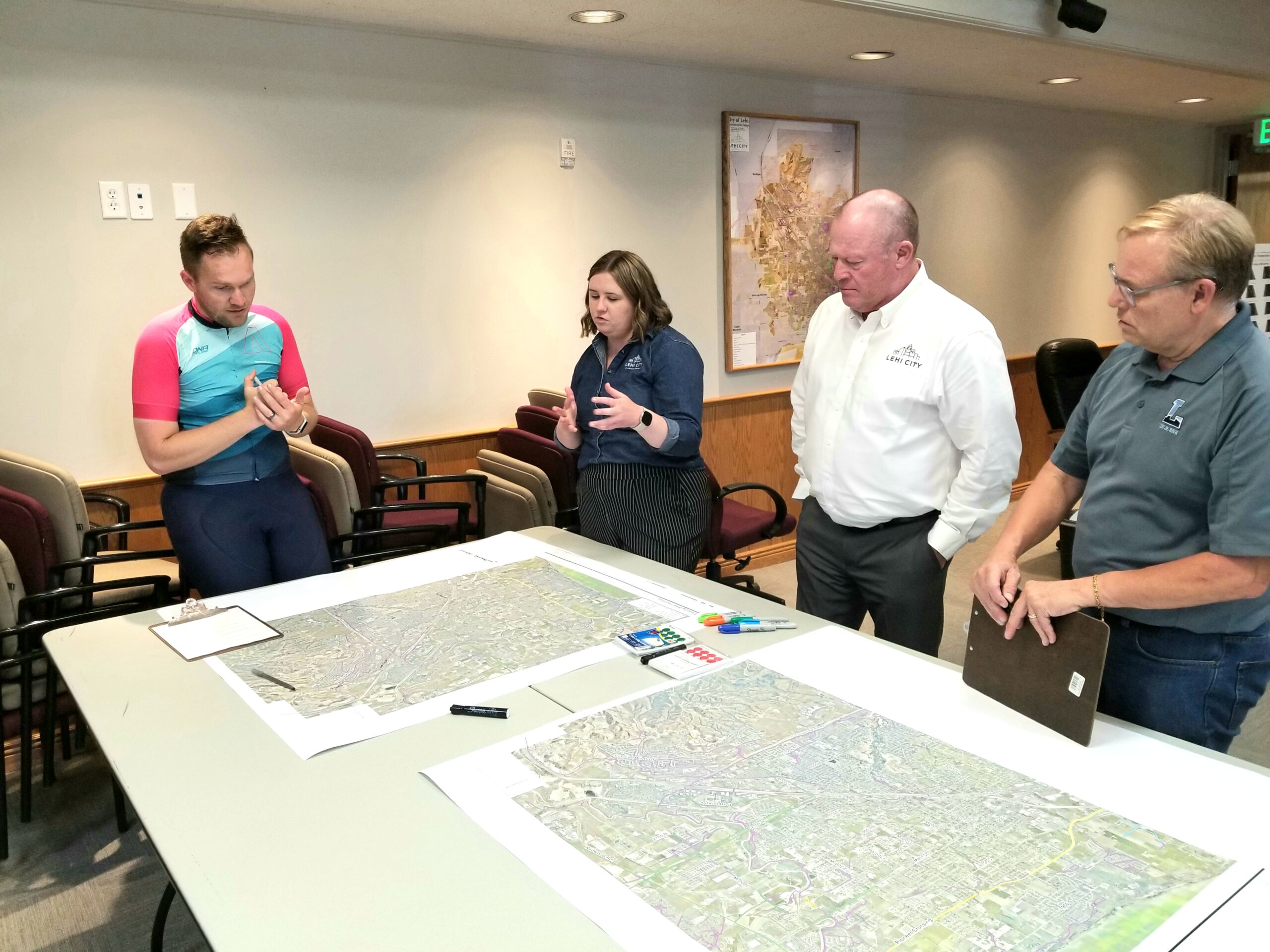 Lehi City planners have been researching and mapping out a new bicycle-pedestrian master plan and they held the first open house on Wednesday, May 18 to receive feedback from residents.

“There’s a lot of momentum around the country to make cities more bike and pedestrian-friendly,” explained Lehi City Planner Brittney Harris. “We’re trying to find out where people want to bike or walk so we can make a safe route for them to get there.”

The map of all the current and future bicycle lanes in Lehi is on engagelehi.com. Anyone can view the map, but they must be logged in to the website to make suggestions.

City Planner Mike West has literally gone the extra mile on his bike, often with a go-pro camera attached to his helmet, to see where the city can improve routes. “The biggest problem Lehi has right now is some areas aren’t developed yet and others are,so there’s a gap between finished roads. Developers will finish in front of their developments, but that leaves the city to finish the rest,” said West.

Lehi resident Greg Freestone rode his bicycle to the open house to give valuable feedback based on his extensive riding experience. “My biggest feedback is that bike lanes generally result in worse behavior from motorists unless it’s a protected bike lane,” said Freestone. “The bike lane on Pioneer Crossing is really bad, I won’t ride on that road – first of all, the debris is terrible, but on top of that because there is a bike lane, motoristsdon’t think they need to move over, so they’ll pass right next to you. I would rather ride up Fifth North in a traffic lane than up Fifth North in a bike lane next to a traffic lane.”

Freestone commutes on his bike from his home to Adobe for work, as well as riding for exercise and enjoyment, adding up to 100 miles a week. His favorite local ride is American Fork Canyon where he says motorists are more aware and give bikes a wide berth.

“Generally speaking, when I plan my rides, I try to avoid Lehi roads. Saratoga Springs and Eagle Mountain have a lot of bike lanes. American Fork has been adding a lot,” Freestone told Lehi City planners.

The City will be taking suggestions for several more weeks as they map out the new bicycle-pedestrian master plan.