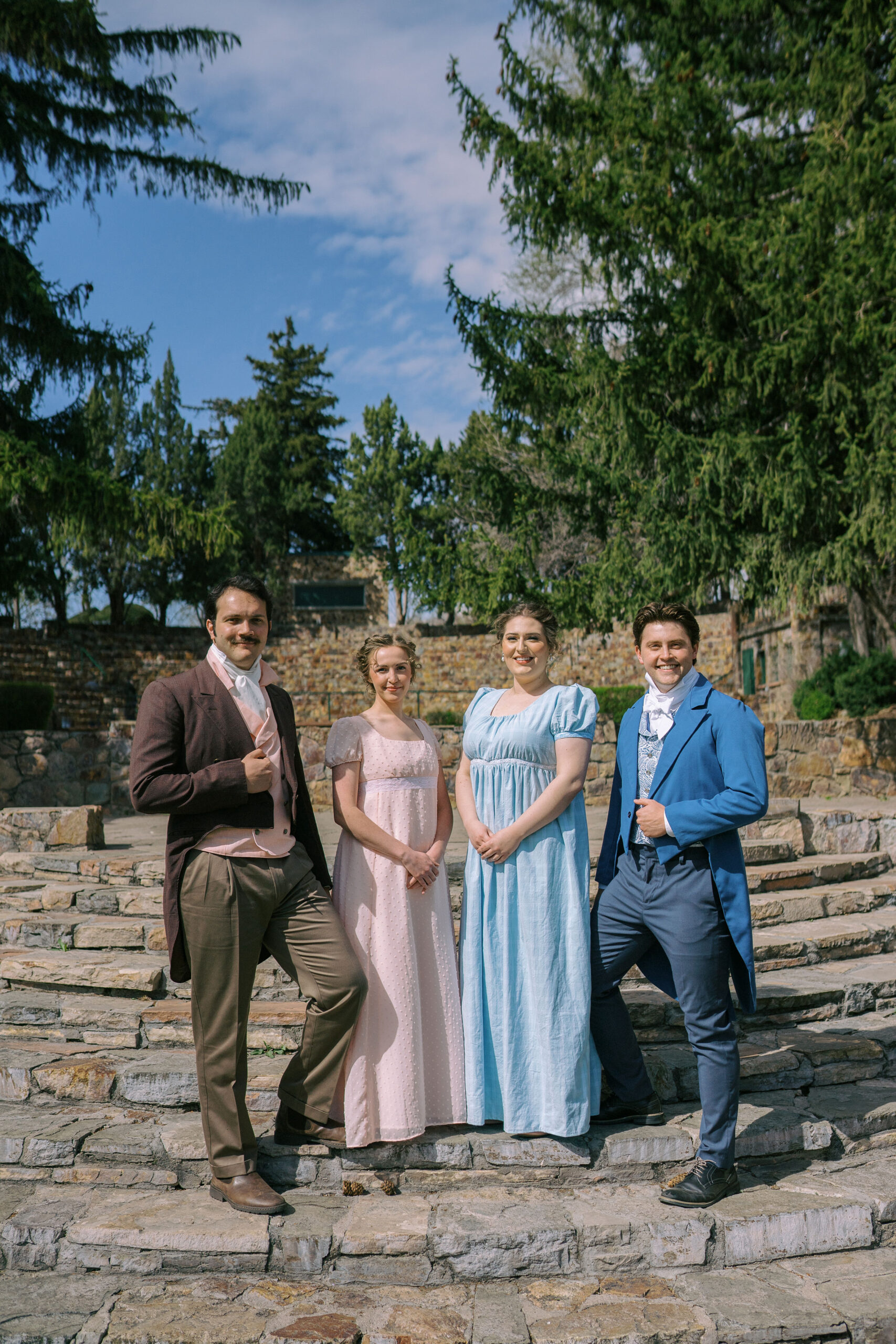 The Lehi Arts Council production of Sense and Sensibility, a play adaptation of Jane Austen’s timeless novel by Katie Hamill, started May 13, with shows until May 28 at the Lehi Arts Center, 685 North Center.

“I love Jane Austen – my Mom and sisters and I are all big fans of her books,” said Hannah Thomas, the director of the show. “The play keeps the story and adds fun elements like “The Gossips,” characters who are essentially a Greek chorus adding explanations and humor.”

Thomas grew up participating in Lehi Arts productions as an actor and has choreographed numbers for Miss Lehi’s Outstanding Teen competition, but this is her directorial debut.

“I love working with the actors and my best friend Shelby Allgaier is helping me direct,” said 25-year-old Thomas. “We kind of have the same mind and she helps me execute my vision. Having been an actor on the stage, it’s easier to explain what I want as a director. It’s been a challenge making hard choices and giving feedback, but I’ve enjoyed it and learned from all of it. I would 100 percent do this again if they ask me.”

Jane Austen’s story, centering on sisters Elinor and Marianne Dashwood’s lives, has stood the test of time. Their lives are upended by the sudden death of their father, leaving them penniless and their reputations at stake. Together the women must learn to mix sense with the sensibility to find happiness in their world where love is ruled by money.

“I love the strong women in this show. Jane Austen is known for her female characters. There is so much sincerity in her writing and the dynamic between the very different sisters, both strong in their own ways, is great to see play out on the stage,” Thomas continued. “Jane Austen men are the best, too.”

“The actors are so smart – they’re able to convey the subtext in the dialogue. They see all of it,” said Thomas. Alyssa Baumgarten plays Elinor and Hannah Hagues is Marianne. Elinor’s love interest Edward Ferris is played by McKay Hortonand Marianne’s suitor Colonel Brandon is played by Jacob Crist.

“We’ve all gotten to know each other very well – it’s very cozy in the Lehi Arts Center theater,” said Thomas. “The show is romantic and funny and a great way to spend the evening.”