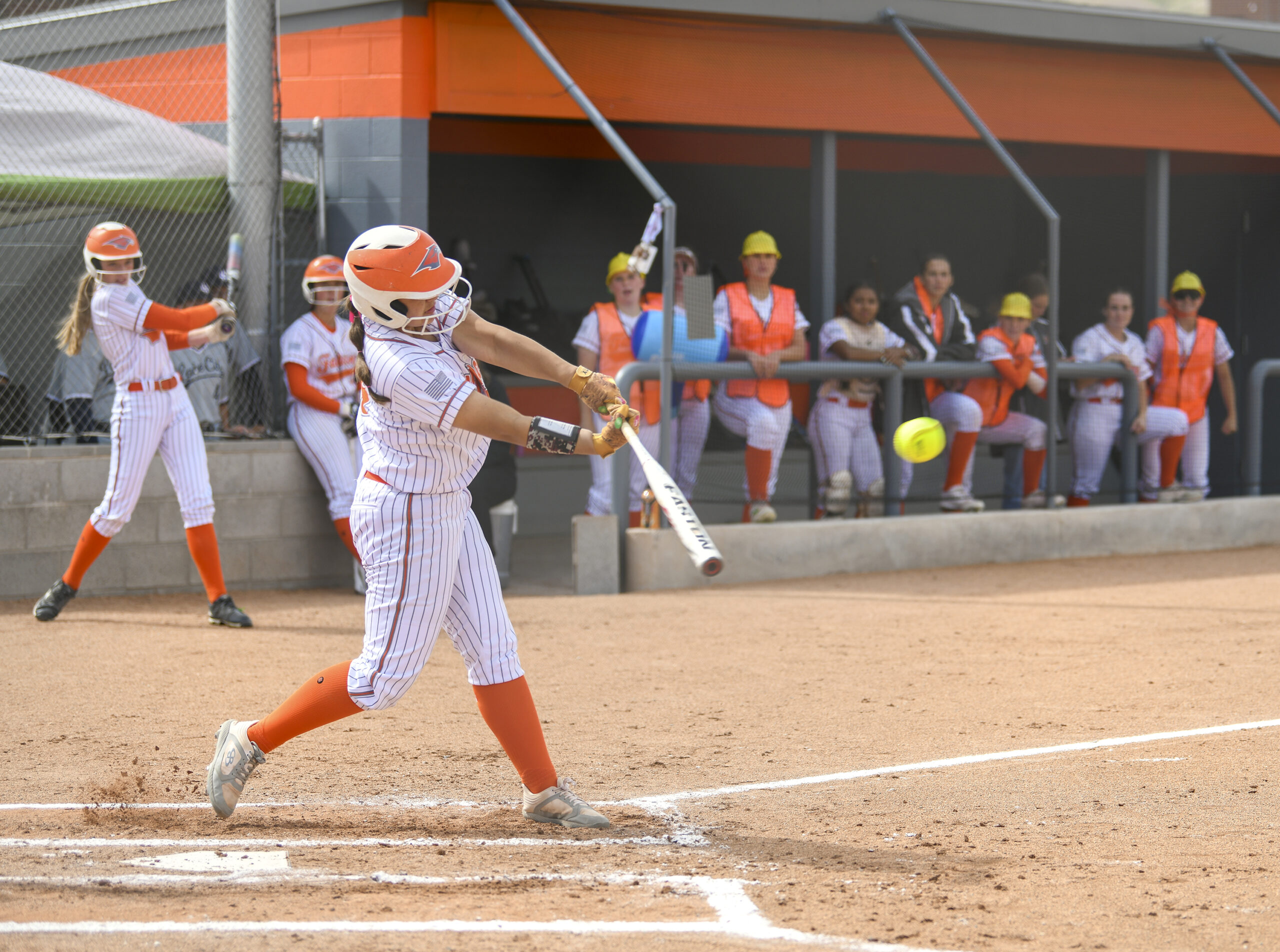 The #2 Skyridge softball team (24-5) won consecutive contests in the softball championship bracket today (May 24) at the Cottonwood Complex to move forward in the winner’s bracket of the 6A state tournament.

The Falcons had to come from behind to overcome the #9 Pirates (20-10). They trailed 5-12 entering the bottom of the fourth inning but plated six runs that turn to close the gap and then got five more runners across in the bottom of the sixth to get the win.

The Falcons pulled out a tight contest with the #3 Miners (25-5). Details on this game are not yet available but check back online for further updates and get next week’s issue of the Lehi Free Press for full details on the tournament run.

Tomorrow morning, Bingham will play Cyprus in the elimination bracket. Whoever wins that game will face Skyridge again immediately after. If the Falcons win, they move on to the championship game. If they don’t, the teams will play again to determine who gets the title berth.