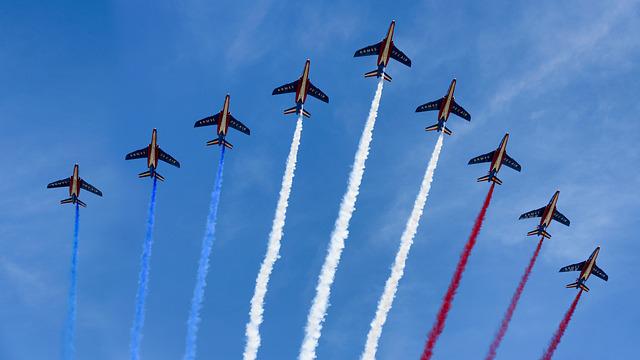 Prepare for the return of the beloved Utah air show “2022 Warriors Over The Wasatch Air & Space Show” this summer.

The aerial display, which will feature military aircraft from Hill Air Force Base, the United States Air Force, and more than a “dozen world-class performances,” will take place this summer on June 25-26. The event is free to attend.

The popular air show is generally held every two years, however it was canceled in 2020 owing to the pandemic. Following a four-year absence, authorities are pleased to announce that the event will return to Utah skies this year. According to organizers, the exhibition is one of the “most frequently attended military-sponsored shows in the country,” drawing audiences of more than 500,000 spectators over two days and having a total economic effect of more than $50 million.

“We are lucky to have the amazing support of Utah’s towns for Hill Air Force Base,” said Lt. Col. Jay Michaels, commander of the 75th Operations Support Squadron and director of the Hill air show. “While the Hill air show demonstrates how the Air Force and sister services assist our nation’s defense, it also serves as a ‘thank you’ to our communities for their ongoing support.”

Among the events’ activities are:

Rollercoasters made of marble

Video games on a grand scale

WWII-themed short films Tuskegee “STEM City” will also return, with hands-on activities to “promote children and educate parents on opportunities in the fields of science, technology, engineering, and math.”

Those who want to travel public transportation can do so for $5 per person throughout the event.

“This pass is applicable for all UTA services except Park City, or you may park for free at Clearfield Station and take the shuttle from there,” authorities explain.

Click here for more information about the event and all planned guests.

This year’s theme is “Innovate, Accelerate, Thrive: The Air Force at 75,” in honor of the service’s 75th anniversary on Sept. 18.

A range of military ground transport and fighting vehicles and vendors and agents from various institutions, organizations, and associations will be on show.