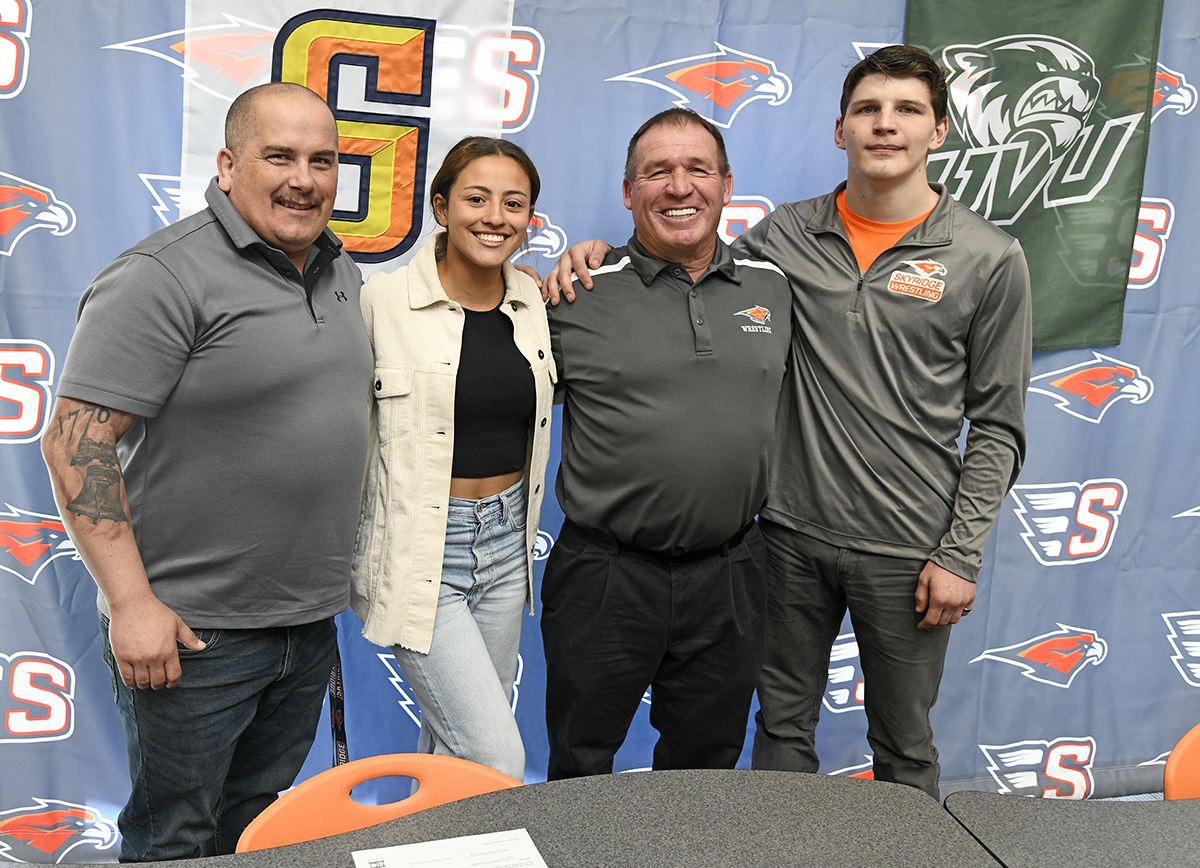 Two senior wrestlers and state placers at Skyridge High School will continue their careers at the next level after accepting offers from Utah schools on May 20.

Two-time state champion Josh Millward has signed to go to Utah Valley University to compete in wrestling. “He will first serve a mission for the Church of Jesus Christ of Latter-day Saints and return to compete in the 2024-25 season,” said Coach Lyle Mangum.

“He was awarded an academic presidential scholarship for his high academic standards,” the coach said. “He was being recruited by Stanford University and Duke, but he wants to stay around and watch his brothers compete at Skyridge.”

Millward was a four-time finalist and finished with a 181-20 career record.

Lianny Barrena was a three-time state qualifier and a two-time state placer, earning fourth for the Falcons this season.

“She will be wrestling for the Snow College Badgers in their inaugural season as a program and will compete in the 109-pound division,” Mangum said.

“They are both excellent examples of student athletes that do things the right way,” Mangum said. “They are humble and hard workers. They have set the stage for future great young men and women to have further opportunities after high school.”