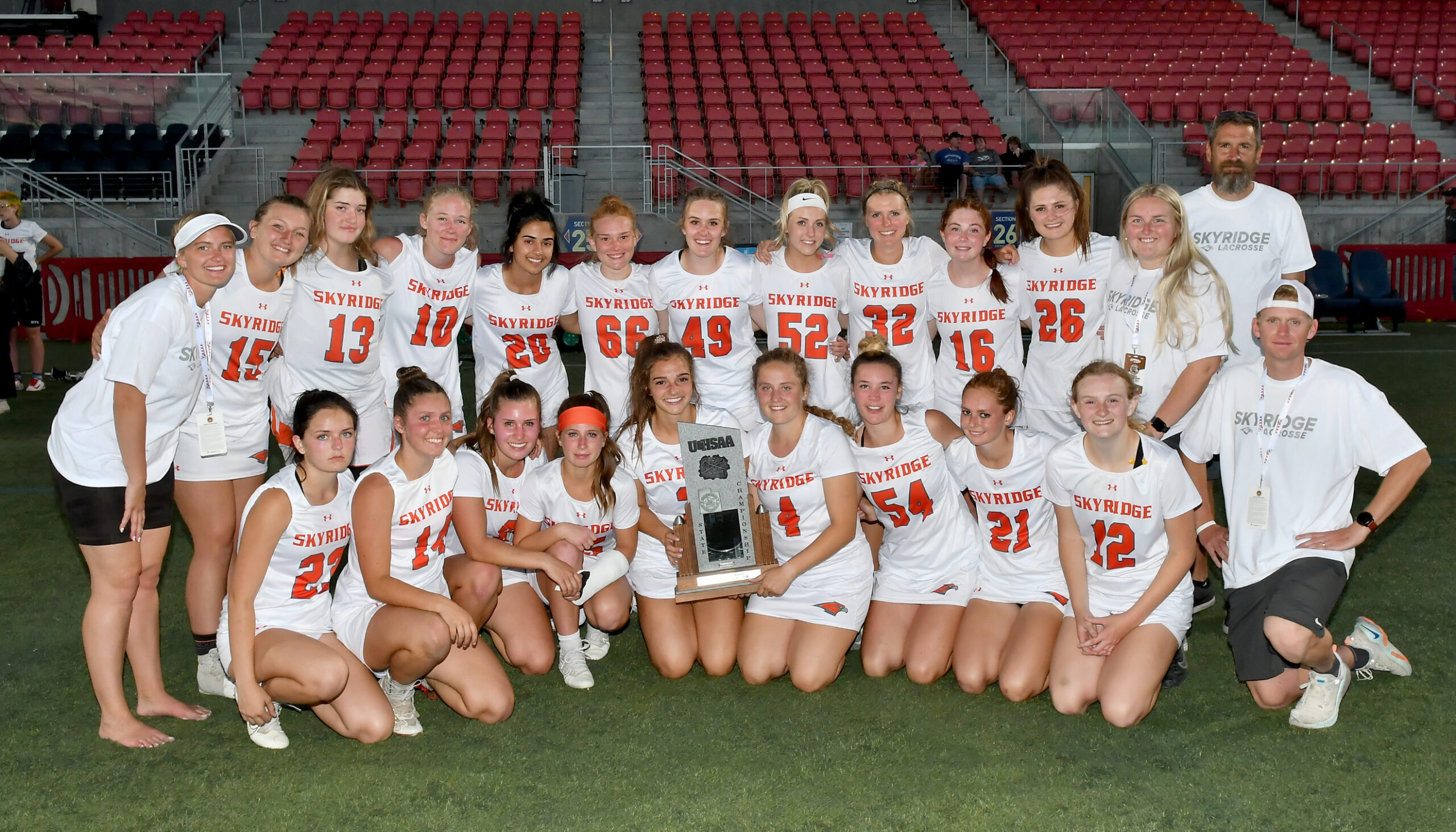 The Skyridge girls lacrosse team had steamrolled through the season since losing the opener to state #1 Park City, but the Falcons met their match as they fell to #2 Mountain Ridge 11-9 in the 6A championship final at Zion’s Bank Stadium in Herriman last Thursday.

Skyridge collected the silver trophy and finished an outstanding season with a 17-2 overall record. Here’s a summary of each of their tournament games.

The overmatched Cavemen only managed to get two shots off and only one hit the net as sophomore goalkeeper Eliza Whitehad an easy afternoon.

The Falcons doubled up the Titans at Westminster College’s Dumke Field in the semifinals to earn a shot at the 6A championship. They built a 14-7 advantage in the first half and outscored Syracuse 8-4 in the second to complete the tally. White had five saves in the effort.

The title game was close from the beginning, but the Sentinels had the Falcons on their heels for most of it. They were up 3-2 about 15 minutes into the game and although the margin widened and narrowed several times, Mountain Ridge never trailed after that.

The Sentinels had a 6-3 advantage at the break and were up 11-7 with about 10 minutes to play. Skyridge closed the gap but couldn’t overcome it against their opponent’s formidable goalkeeper. The Falcons beat Mountain Ridge earlier in a close contest the second game of their season.