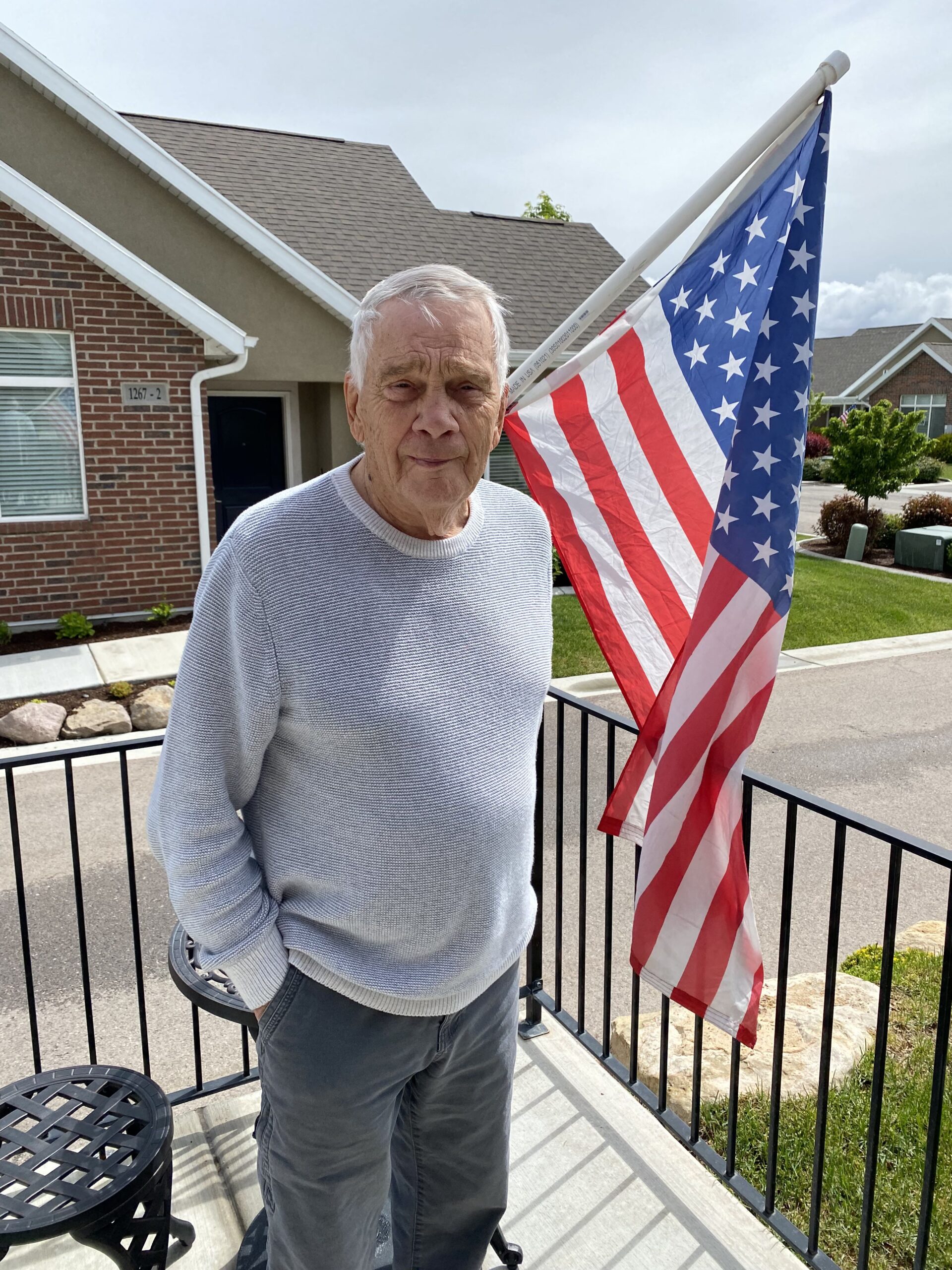 Jesse Clinton Veach Jr. was recently chosen as a recipient of the Utah Honor Flight. This rare honor is given to those who have served our country in WWII, Korean, or Vietnamese wars. Veach will fly to Washington D.C. on May 31, and will be feted at ceremonies at the Iwo Jima, Air Force, and WWII Memorials. He will visit the Lincoln Memorial along with the Vietnam and Korean Memorials as well. The two-day event also includes a service at Ft. McHenry in Baltimore, Maryland.

Veach’s military service is unique in that he served his country twice. He was sworn into the Navy on June 14, 1946, at the age of 17. Following boot camp in Bainbridge, Maryland, he was assigned to the USS Sperry as a radioman. The ship was dockedin Boston. He served for two years and saw the Sperry move from repairs at the Charleston Naval Yard to involvement in war games in the Atlantic and Caribbean Seas. He was discharged for the first time in April 1948.

Following many years in broadcasting and media, Veach joined the Naval Reserve in January of 1966 as a Chief Petty Officer. He was assigned to the 7th Fleet Public Affairs Office in Saigon(now Ho Chi Minh City). Veach’s primary duty was to interview bomber pilots and send the reports back to the states for use on radio and television.

Veach remembers one incident when a Chinese fishing boat wascaught in rough seas and stranded on the beach in Saigon. He and a fellow sailor, Glenn Ford, (the famous movie star) tried to talk to the Chinese occupants of the boat. Veach and Ford were having difficulty understanding the foreign strangers, but, after finding American interpreters, the fisherman told the two sailorsthey had been told by Viet Cong sympathizers that the Americans would kill them. The distraught Chinese were terrified of the American sailors. After some exchange and explanation, the Chinese fisherman were welcomed on an American transport ship and accompanied to safety.

Following his stint in Vietnam, Veach was assigned to the Kodiak Naval Station and was put in charge of AFRTS (Armed Forces Radio and Television Services) where he did everything from newscasting to hosting a television program for children.

Veach is married to Katy, and they are the parents of 10 children. He boasts a posterity of 53 grandchildren and is the great-grandfather of 79. He grins as he says, “Number 80 is on the way.”

Veach continues his patriotic duties as the planner and organizer of a 4th of July celebration at Leisure Villas in Lehi, where he and Katy now live. He is also responsible for procuring funds for several flag poles in the senior community where the Utah state flag and the American flag proudly wave. Veach smiled as he said, “I am working on getting flag poles placed in othersenior communities. We need to have our flag flying everywhere.”