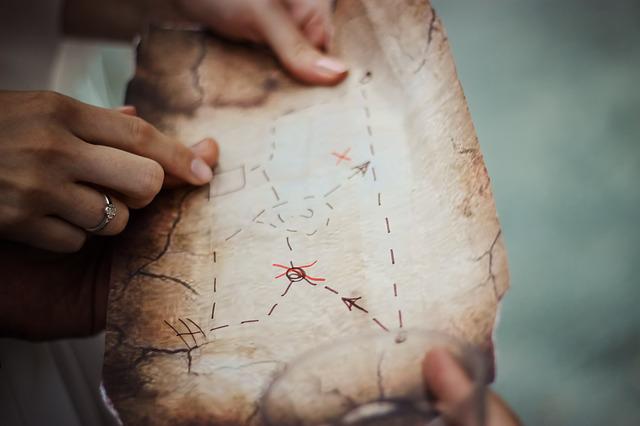 Those seeking to become a little more wealthy should embrace their inner-pirate this week, as $20,000 is expected to be discovered somewhere on Utah’s trails.

The third annual Utah Treasure Hunt will begin on Friday with the release of the first clue in the form of a poem by the organizers.

Real estate investors David Cline and John Maxim are sponsoring the event once again in the hopes of bringing more people out to appreciate Utah’s magnificent outdoors while searching for the bounty.

“We’re kids at heart, so we’ve always thought, if we ever have money when we’re grownups, what would be awesome?” Cline said. “All we needed was a safe route for people to go outside.”

The quest is suitable for all ages, since no rock climbing abilities or shovels are required.

“We want everyone to know that you are not required to do anything outrageous!” Cline yelled.

Cline and Maxim will hide the loot on Wednesday while disguised to avoid detection. Following the revelation of the primary clue on Friday, weekly hints will be posted on Cline and Maxim’s Instagram sites.

When the treasure was uncovered in just four days, up to 6,000 individuals took part in the initial quest. Last year, it took 17 days for a group of 20,000 people to win the reward.

“We were kind of expecting it to be done since people were going crazy,” Maxim explained. “We’re trying to let folks take their time this time, but I’m not sure they can with this much money out there.”

In terms of the reward, the team wants to maintain it at $20,000 for a very crucial reason.

“If it [the reward] is too much, I believe it brings out a lot of nutcases and becomes hazardous. We want to make sure it remains enjoyable,” Cline elaborated.

Maxim and Cline both believe that witnessing a diverse spectrum of participants, from high school kids to the elderly, is what makes them grin throughout the hunt. Maxim plans to continue this feature this year.

“All we want is that it be available to anybody who wishes to participate and as fair as possible. That’s what makes it enjoyable.”