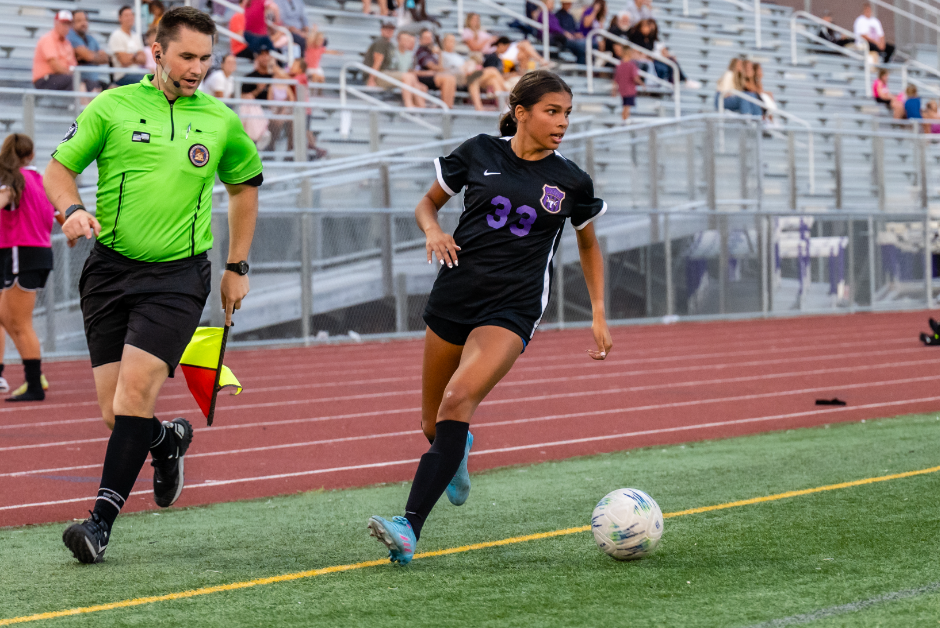 
The Pioneers gave up two goals in the initial period at home, one of them on a penalty kick. Although they outplayed and outscored the Falcons in the second half, the depleted roster didn’t have enough firepower to climb out of the hole in this final non-region tilt.
Senior midfielder Aeyan Gomm provided the lone goal for the Pioneers with an assist by junior midfielder Erin Dahl. Senior netminder Hayley Ogden recorded seven saves.
“We came out very flat and got down 0-2 early and couldn’t recover,” said Coach Tim Graham. “Although our second half was fantastic, we just couldn’t overcome the two goals we gave up early in the match.”


The Pioneers rebounded with a vengeance as they opened the Region 8 season at home against the Beetdiggers, scoring four goals in the first period and one more after the break. Ogden made four saves to preserve her shutout.
Lehi got the early advantage with a score by senior forward Stephanie Roper with a give from senior forward Sarah Ballard in the 13th minute. At Minute 26, Roper again found the target after taking a pass from freshman midfielder Isabelle Dahl.
It only took five more minutes to add to the tally when senior defender Stella LaRivière fed the ball to junior forward Kali Ehnot for the next goal. Roper later found Ballard up top and she drove in the fourth score at the 36-minute mark.
The dynamic front-line duo combined again in Minute 61 to finish the Lehi total for the evening. Roper got two goals and two assists while Ballard had two scores with one give.
“The team was mentally prepared for this game, and it was nice to be a little more healthy,” Graham said. “Having Sarah back was huge for us.”


The Pioneers roared back from behind with three unanswered goals in the second period after spotting the Bruins a 1-0 advantage at the break.
Lehi evened the score in the 48th minute when Erin Dahl hit Roper and she converted on the chance. Ten minutes later, the Pioneers took the lead for good when Roper passed to sophomore midfielder Adelle Grimley and she finished the play by putting the ball in the net.
Lehi got what the coach termed “the nail in the coffin” in Minute 66 when senior defender Olivia Smith sent a pass to Roper and she found the target to put the game out of reach. Ogden had seven saves in the effort.
“This was a good recovery win against a quality opponent,” Graham said. “We fought back from adversity and that was nice to see. We were down 0-1 at the half and came out ready to go in the second half.”


Once again missing some key players due to injury, the Pioneers couldn’t muster up any offense against the talented Timberwolves. Ogden had 13 saves in the match, but the visitors got three scores in the first period and never looked back.
“Injuries killed us again,” Graham said. “We need to have our strongest lineup when we play teams like that.” Lehi is now 4-4 overall and 2-1 in region play.