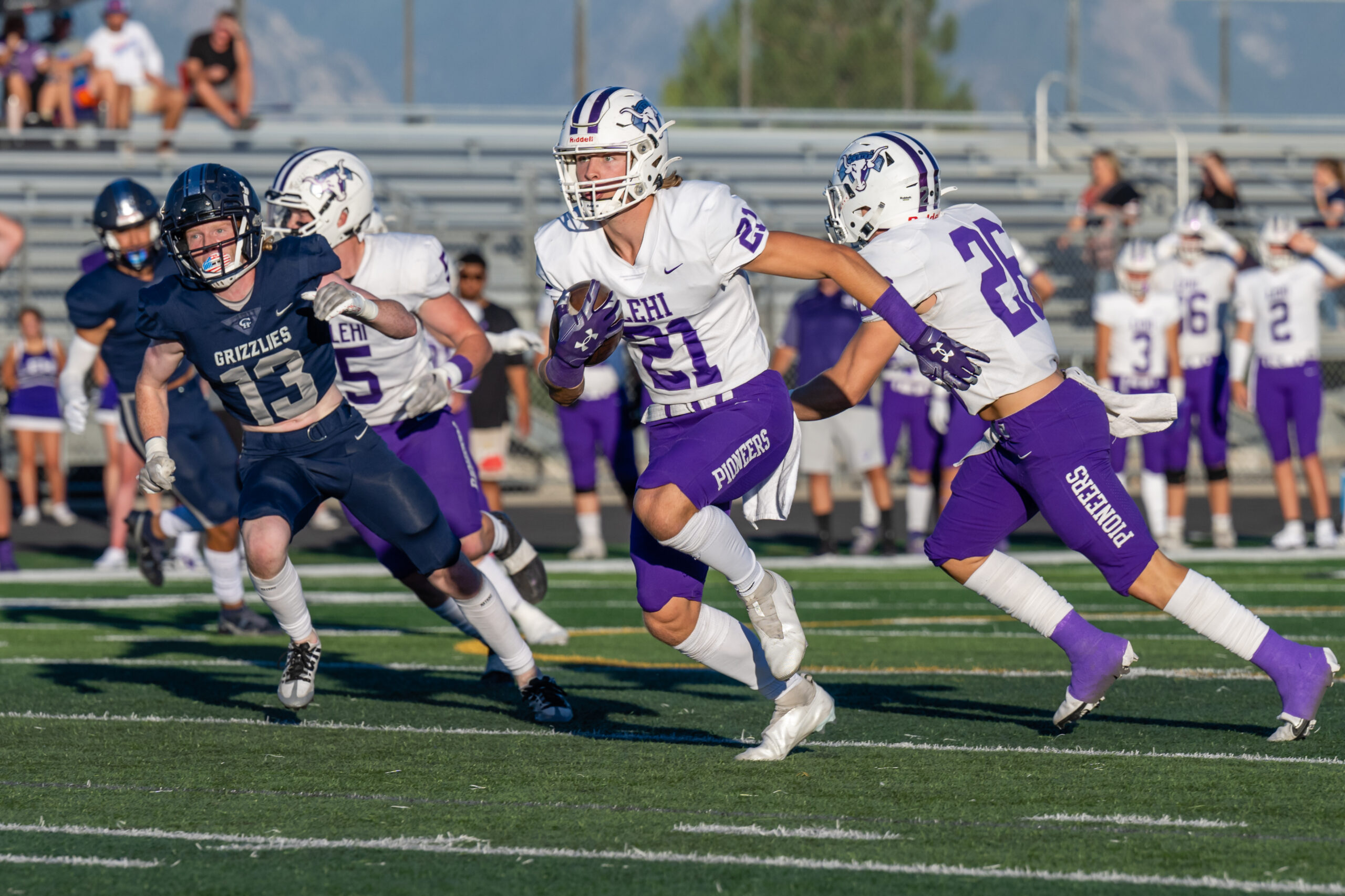 The Lehi football team played another overmatched opponentFriday night (Sept. 2), and once again came out with a blowout victory as they beat Copper Hills 59-0 on the road. And, as has been the case all season, the defense played a big part.

The first two touchdowns came in the first quarter following interceptions with big returns by senior defensive back Kadiyon Sweat, once to the Grizzly 15 and then to the Copper Hills 38.

The first Pioneer drive of the second quarter got bogged down in the red zone, so they ended up settling for a field goal by sophomore kicker Gavin Fenn.

The Grizzlies were unable to gain much ground on any of their possessions and Lehi scored three more times in the last five minutes of the half, all from short fields.

Brousseau found senior wide receiver Fernando Ruelas for the first with a 2-yard pass, then hit junior Kolose Latu for 8 yards and senior tight end Makafefie Havea for 22 yards to get the other two. It was 38-0 at the break.

In the third period, Gonzalez broke a 47-yard run for paydirt to push the margin to 45-0 and start the substitution parade.

Sweat got his third pick of the night on the next Copper Hills possession, and sophomore quarterback Jett Niu connected with senior wide receiver Jaxson Shepherd for a 1-yard score to convert on the turnover.

Junior defensive back Boston Fabrizio set up the final tally with yet another interception at the Grizzly 23-yard line, and Latu rumbled in for the touchdown from there. Senior kicker Brayden Austill converted both of the final two point-after attempts.

The Pioneers should get more of a test when they visit Corner Canyon this Friday (Sept. 9) at 7 p.m.