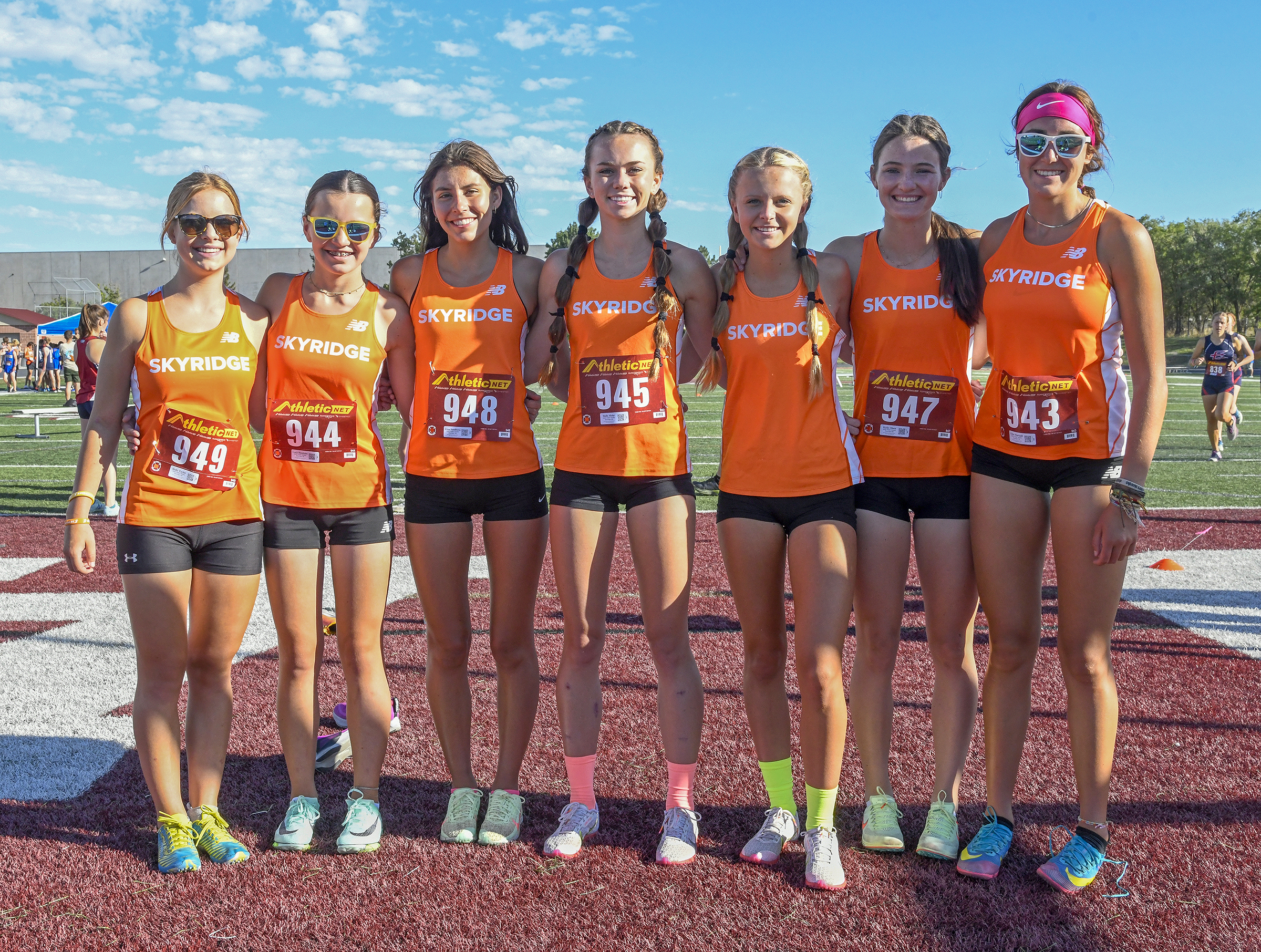 The Skyridge cross country team captured first place in the girlsvarsity race and came in second in the boys varsity division at the Digger Homecoming Invitational on Aug. 27 at Jordan High School.

The girls team earned 29 points to edge Copper Hills with 34. Cyprus was a distant third at 86. All five of the scoring Falcon girls placed in the top 10 of the 5000K race.

Senior Kylie Olsen earned medalist honors at 19:42.0 to lead the pack, finishing ahead of the next runner by more than a minute.

Senior Halle Mehr was a close third at 20:50.8, less than two seconds behind second place. Senior Elise Hartsell was seventh, freshman Lucy Hawkins came in eighth, and sophomore Reese Mehr was 10th to round out the counted scores.

Senior Eliza Sandberg was right behind in 11th place and senior Holly Taylor was 15th.

Woods Cross won the boys race with 50 points whileTaylorsville was second at 57. Finishing in close proximity, the Skyridge runners earned third place with 115 points, ahead of Copper Hills with 121 and West Jordan with 126 in the field of 11 teams.

The Falcons are young on the boys side as their seven runners were all sophomores except for one. Taylor Kjar was in first for the team in 15th place, followed by Sam Brockbank at 17th and Cooper Tripp at 23rd.

The lone senior, Kabe Jensen, was next in at 28th place and Edward Fuller rounded out the scoring runners in 32nd place. Cameron Wood was 41st and Zach Rohde 44th to complete the list of Skyridge entrants.

The Falcons are scheduled to compete next on Saturday (Sept. 3) at the Timpanogos Invitational, run at the Lakeside Sports Park in Orem.