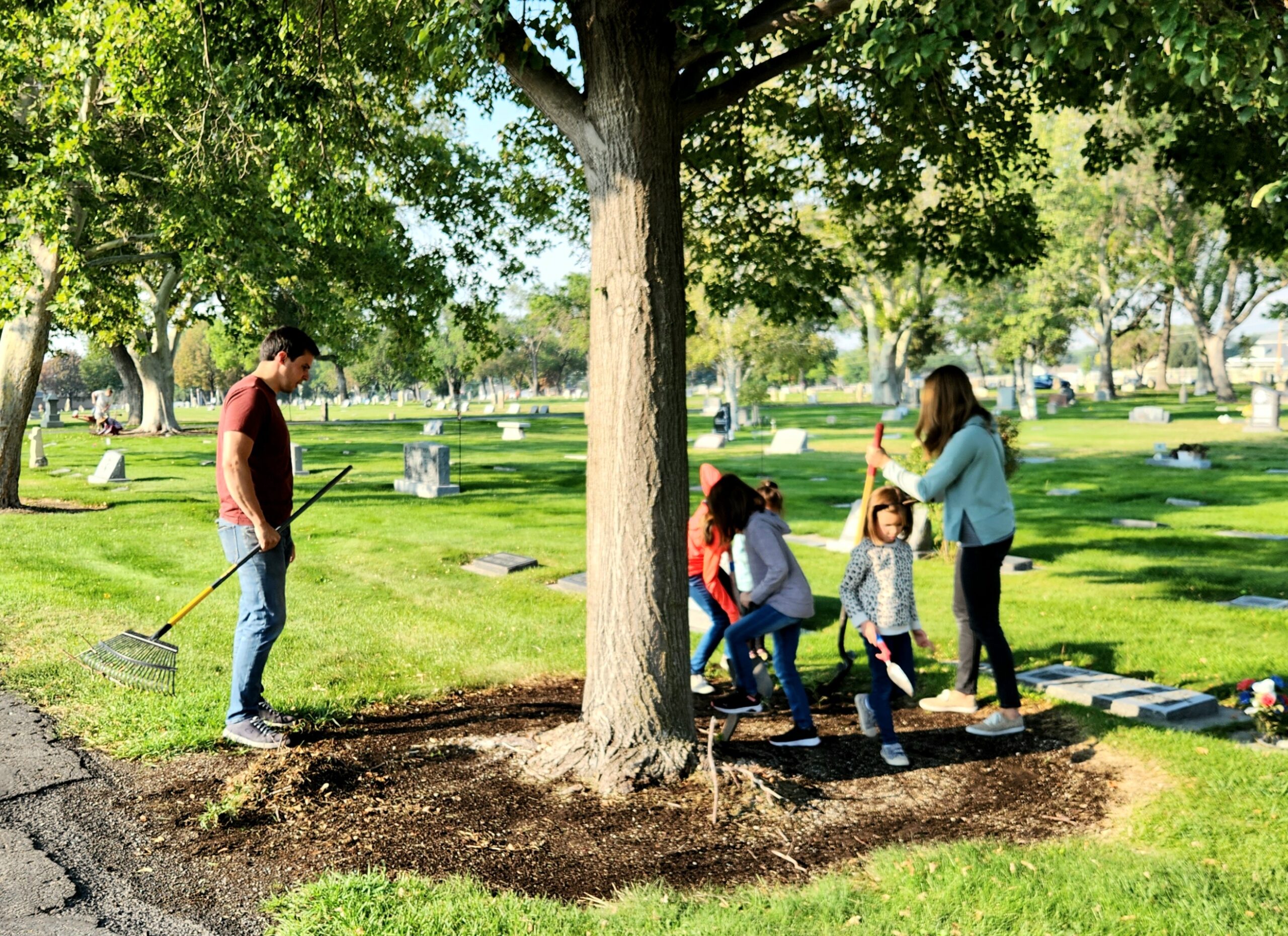 By any measure, last Saturday’s citywide service event, which coincided with the September 11 day of remembrance, was a huge success.

Thousands of volunteer hours from the young to the elderly were offered in the preparation and execution of the event to unite the community in service.

According to a member of the Lehi Area Community Service Coalition, and JustServe volunteer, Rob Craig, “It looks like we had nearly 1500 man-hours of volunteer work accomplished.”

Several Lehi Parks were cleaned and beautified, including Willow Park and the Lehi Cemetery. “We had a great turnout,and all the dumpsters were filled. All the projects got completed,” said Lehi City employee and volunteer leader Shawn Winters.

“We were pleasantly surprised by the number of volunteers. We feel like it’s only going to get better and better,” Winters added.

After the opening ceremony, volunteers dispersed to several locations for service opportunities.

Abby Hughes, an employee at Abbington Manor, stepped up to lead the service projects at the Legacy Center and the Broadbent Room in the Lehi Public Safety Building. Projects at those locations included toy sanding and varnishing, hygiene and food kit assembly, toy disinfecting, and letter writing.

“It was awesome. We had tons of volunteers, and all our projects got done. The community really came together,” said Hughes.

Mayor Johnson echoed the sentiment of other leaders. “The coalition knocked it out of the park today. It was a very successful event at all locations,” said Johnson.